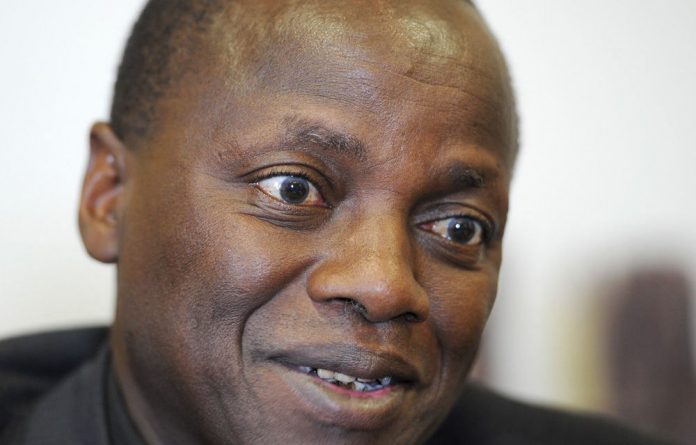 Minister of Public Service and Administration Collins Chabane was killed instantly on Sunday morning when a truck did a U-turn in front of their car on the N1 in Polokwane, ANC spokesperson Zizi Kodwa told Eye Witness News on Sunday.

“It happened in the early hours of this [Sunday] morning, around 1am on the N1 Polokwane. He died instantly with his two protectors,” ANC national spokesperson Zizi Kodwa told the broadcaster.

His driver and bodyguard were named by the ANC as Sergeants Sekele and Lentsoane.

“Apparently the truck made a U-turn as they were driving and they collided with the truck.”

Kodwa said Chabane was one of the “most committed cadres” of the ANC’s struggle movement.

Chabane was an all-rounder who was good in sport as well as a good lawyer.

“[He was] very disciplined, very dedicated in terms of his work, very focused.”

“He followed and understood our principle… we are serving the people, not us,” Kodwa told the broadcaster.

“President Jacob Zuma is saddened to announce the untimely death of the Minister of Public Service and Administration, Mr Collins Chabane in a car crash in the early hours of this morning,” said Presidency spokesperson Mac Maharaj in a statement.

#CollinsChabane His official vehicle collided with a truck that made a U-turn on the highway. MR

“We are deeply shocked and saddened by this untimely death of an outstanding cadre of our liberation struggle and a competent, accomplished and dependable member of my Cabinet,” said Zuma. “This is a huge loss to government and the country as a whole.”

Chabane was previously the Minister in the Presidency responsible for Performance Monitoring and Evaluation.

“A veteran of the liberation struggle, Mr Chabane was also a long serving member of the ANC National Executive Committee,” said Maharaj. – Sapa

Chabane: A humble but wily politician