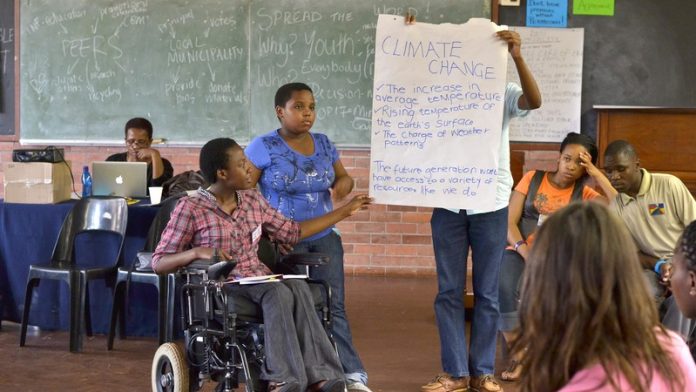 South Africa’s “dysfunctional” educational system is one of seven ways in which the country’s government “abuses black people”.

This was argued by the deputy chief executive of the Afrikaner civil-rights organisation AfriForum, Ernst Roets, in a Mail & Guardian article published earlier this month.

“It is no secret that black children suffer more when it comes to education, because the most dysfunctional schools are those in the townships,” he wrote, adding: “[The basic education minister] has admitted that about 80% of South African schools are dysfunctional.”

But is it true that only a small percentage of South African schools can be considered “functional”?

The source of the claim
Roets told Africa Check that his claim was based on an Economist article from 2012 which stated that “[t]he education minister herself admits that 80% of schools are still ‘dysfunctional'”. The article does not say when or where the minister was reported to have made the claim.

However, a year later basic education minister Angie Motshekga did tell a parliamentary media briefing that “[t]he diagnostic test of the [National Development Plan] said 80% of the schools were dysfunctional”.

Roets said that the figure was also included in a 2012 article titled Education in SA: A tale of two systems by Nicholas Spaull, an education researcher in the economics department at Stellenbosch University. The article states that “roughly 75%” of pupils attended dysfunctional schools.

When is a school dysfunctional?
The Department of Basic Education has previously gauged the attendance levels of staff and learners to measure “functionality” of schools. According to the department, in 2011/’12 schools in all provinces had “good systems in place to manage class attendance by teachers with the exception of Eastern Cape and North West where the systems [were] acceptable”.

But the department no longer classifies schools according to whether they are functional or dysfunctional, basic education spokesman Elijah Mhlanga told Africa Check.

“We don’t do this kind of categorisation because we believe it is destructive and demoralising to schools,” he said.

“We give special attention to those performing below 70% at high school level… [I]n primary schools if 50% of learners achieve below 40% we declare it as poor performing and we then put in place measures to support the schools,” he said.

We asked Mhlanga for the percentage of primary schools and high schools that the department deemed “poor performing” in 2014. He has yet to respond.

Two types of school systems
Education researcher Spaull has conducted further research in this area since 2012. He analysed the South African data from the most comprehensive measurement of educational performance across a number of African countries, the Southern and Eastern African Consortium for Monitoring Educational Quality (SACMEQ).

This data was collected during the last quarter of 2007 from 9 083 grade six students and 1 488 grade six teachers in nearly 400 schools across South Africa. Schools were split into four wealth groups, with group 1 being the poorest 25% of schools. To determine the socioeconomic status of schools, students were asked “possession questions” – whether items such as a daily newspaper, bed or piped water were present in the place they stayed at during the school week.

The study found that pupils in South Africa’s wealthiest 25% of schools outperform students in the remaining 75% of schools. Spaull wrote that there are “two types of school systems [in South Africa], largely split along historical-school-system and socioeconomic lines”.

But the department is dismissive of Spaull’s research. “We do not believe that statistic,” Mhlanga told Africa Check.

He said that the department monitored various things in schools including curriculum implementation, school nutrition and governance and management. “Challenges remain but improvement is beginning to show,” he said, but did not provide any evidence to support his claim.

SACMEQ’s next research findings should be published later in 2015.

High schools show similar trends
Research conducted on grade 9 pupils in South Africa showed similar results to the primary school data. Trends in International Mathematics and Science Study (TIMSS) is a cross-national study that measures mathematics and science achievement. The study tested 11 969 pupils in 285 South African schools in 2010 and 2011. Of the 48 countries that participated in TIMSS, South Africa came 47th for mathematics and 48th for science.

South Africa’s Human Sciences Research Council separated participating schools into 5 groups, ranging from 1 (poorest) to 5 (least poor). Their analysis showed that the least poor 20% of schools significantly outperformed the remaining 80% of schools in both science and maths.

TIMSS scores were classified as low, intermediate, high and advanced. In the wealthiest 20% of schools 43.5% of students achieved an intermediate score for science. This means that they had basic knowledge and understanding of practical situations in science. In comparison, the percentage of pupils that achieved this score ranged from only 1.6% to 7.6% in the remaining 80% of schools.

With regards to maths, 36.3% of students in the wealthiest 20% of schools achieved an intermediate score. This means that they had the skills to apply basic mathematical knowledge in straightforward situations. In comparison, the percentage of pupils that achieved this score ranged from only 0.6% to 4.3% in the remaining 80% of schools.

Mhlanga said that the TIMSS findings were outdated: “The challenge with the data from 2011 is that it reflected what happened years before that. A lot of work has been done in districts and provinces to raise the levels of school and learner performance”. The department’s interventions included setting up a ministerial task team for mathematics, science and technology, he said.

The next round of TIMSS results is expected to be published in December 2016.

Conclusion: The claim is supported by the most recent available data
Results from international, standardised tests show that between 75% and 80% of South African schools are not able to impart the necessary skills to students.

The department of basic education has rejected the claim that 80% of South Africa’s schools are dysfunctional. It said that it has its own ranking system, based on performance, but did not provide Africa Check with any evidence to counter the claim.

While the test data is between five and eight years old it is the most recently published standardised testing available. New data is expected to be published over the next two years and will show whether the department of basic education’s interventions are paying off as they claim.