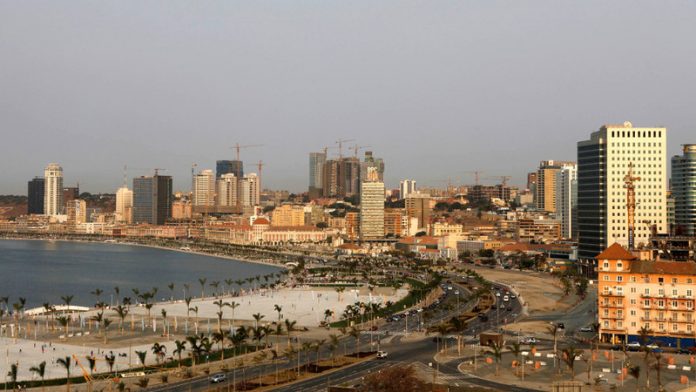 The most expensive real estate in Africa is in Angola’s capital, Luanda, according to a report released by the global property consultancy, Knight Frank. Prime office space there will set you back about $150 (R1 775) per square metre a month.

It’s one of the most expensive office rents in the world, according to Knight Frank’s Africa Report 2015. The high prices are driven by demand in the oil and gas sector and an extremely limited supply of stock, the company said in a press release.

Oil seems to be the common denominator for cities at the most expensive end of the list of 35 African cities compiled by the company.

For example, office space in Nigeria’s two major cities, Lagos and Abuja, come in at second and third most expensive on the continent. But even at $85 and $60 a square metre, it’s still significantly less expensive there than in Luanda.

Tied for fourth on the list are the capitals of Equatorial Guinea (Malabo), Gabon (Libreville) and Chad (N’Djamena), at $40 a square metre. The key export for these countries is petroleum.

Office space in Johannesburg seems cheap at the price of $22 a square metre. There is more prime office space available in South Africa’s commercial hub which drives down the price. “Office vacancy rates drifted upwards in many key South African markets during 2014, as a result of continuing development activity and moderate demand for space,” said the report.

Gabon, on the other hand, has had an undersupply of office space and companies have had to adapt residential properties or hotels. “There is a strong demand for the relatively small supply of good quality buildings,” states the report.

Even Maputo, at $37.50 a square metre, is more expensive than Johannesburg. Maputo is a relatively new entrant in the oil and gas sector.

Two of the cheapest cities on the list to rent office space are Malawi’s Blantyre and Zimbabwe’s Harare.

Office uptake in Harare is poor because of the country’s weakening economy, the report states. Void rates are in excess of 30% and space in new office parks remains largely unlet.

Residential property
It’s not just Luanda’s prime office space that’s among the most expensive in world, its residential property rentals are right up there as well. A four-bedroom executive flat is likely to cost between $15 000 and $25 000 a month. At the current exchange rate that’s R177 500 to R296 000 a month.

Residential property in the oil-producing countries are again the highest, with Abuja at $8 500 and Lagos, Malabo and Libreville at $8 000 a month.

Urban growth
Africa’s cities are among the most rapidly growing in the world, according to the United Nations. Last year, about 60% of the continent’s population was rural but, by 2050, about 56% will probably live in urban areas.

South Africa is ahead of the curve in Africa: by 2012, 62% of the population was urban. There was a 50/50 urban/rural split in Nigeria in 2012, according to World Bank development indicators cited in Good Governance Africa’s Africa Survey 2014.

Nigeria is one of just three countries – the other two are India and China – that together are expected to account for nearly 40% of the projected growth of the world’s urban population between 2014 and 2050. India is projected to add 404-million urban dwellers, China 292-million and Nigeria 212-million, according to the UN World Urbanisation Prospects 2014 report.

Cairo, Kinshasa and Lagos were the only megacities in Africa in 2014, but three more are expected to emerge by 2030, according to the UN report. They are Dar es Salaam in Tanzania, Johannesburg and Luanda.

By 2025, the populations of Kampala (Uganda) and Lusaka (Zambia) are expected to double.

The number of African cities with populations between five million and 10-million is also expected to increase, from three in 2014 to 12 in 2030, the UN report states.

These demographic and economic growth prospects in Africa are attracting increasing numbers of international investors investigating opportunities in African real estate markets, according to Knight Frank.

Shopping malls are a relatively new concept in much of Africa, but a spate of new malls has developed in cities such as Accra and Nairobi. South Africa is by far the most mature retail market in Africa and continues to see significant development, said the company.

“While many African countries remain challenging … to do business, there are high-growth opportunities across Africa for those able to those able to navigate their way through the markets,” said Staples.

Cost of living spiralling in Joburg and Pretoria

​Airbnb shakes up the rental space