Günter Grass: The man who dared to damn 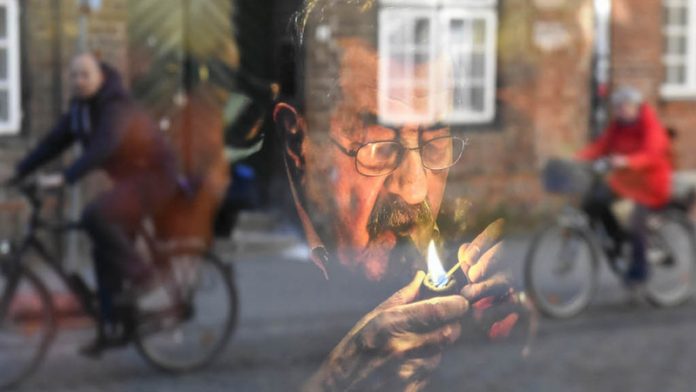 Günter Grass, who has died aged 87, was in some senses a man without a country. He was certainly bereft of the city of his birth, the Free City of Danzig, where he was born on October?16 1927. At the time, Danzig was in its seventh year as a “free city” and the Weimar Republic was in brief halcyon stability before inflation and the rise of Adolf Hitler and the Nazi Party led to its fall.

Danzig had been the capital of West Prussia, but after World War?I the Treaty of Versailles made it a free city so that Poland had a corridor to the Baltic Sea. Fatally, that was to give Hitler his excuse for invading Poland in September 1939. Fatally for Grass, the disappearance after World War II of Danzig and its transformation into the Polish city of Gdansk determined much of the course and the concerns of his writing.

The novel that brought Grass to the wider attention of the non-German speaking world, The Tin Drum (1959), is the first in what the writer himself early on insisted be regarded as a Danzig trilogy. The other two are Cat and Mouse (1961) and Dog Years (1963).

The opening sentence of The Tin Drum is unforgettable: “Granted: I am an inmate of a mental hospital; my keeper is watching me, he never lets me out of his sight; there’s a peephole in the door and my keeper’s eye is the shade of brown that can never see through a blue-eyed type like me.”

Thus is the reader introduced to the novel’s dwarf narrator and protagonist, antagonist and anti-hero, Oskar Matzerath, one of 20th century fiction’s indelible figures. Oskar and the book as a whole so enraged some that it was burnt in Düsseldorf, which act merely helped it on its way to becoming a worldwide bestseller.

Years later, when Grass gave his Nobel prize for literature lecture (he was the 1999 laureate), he noted (and not only of The Tin Drum, of course): “I come from the land of book-burning. We know that the desire to destroy a hated book is still (or once more) part of the spirit of our times and that when necessary it finds appropriate telegenic expression and therefore a mass audience.

“What is much worse, however, is that the persecution of writers, including the threat of murder and murder itself, is on the rise throughout the world, so much so that the world has grown accustomed to the terror of it.”

Grass was more than inured to the terrors of the writer’s life; rather, he welcomed the existential challenges posed. Writers, he told the Nobel Academy, “should consider the condition of permanent controversiality to be invigorating, part of the risk involved in choosing the profession”.

Controversy was to descend on Grass seven years after the Nobel, when his autobiography, Peeling the Onion (2006), was attacked for his frank and unapologetic description of enlisting as a tank gunner in the Waffen SS in 1944. Perhaps what was most surprising about the storm and fury was that since the 1960s Grass had been open about his brief stint – six months – in the war, and about never having fired a shot in combat.

As with the now retired Pope Benedict, Grass had passed, conveyor-like, through the National Socialist apparatuses and rites of passage for German boys: at 10, Hitler cubs (Pimpfs in German); at 14, full members of the Hitler Youth. Another path for the grocer’s son from the Danzig suburb of Langfuhr was not only inconceivable, but impossible.

Nonetheless, Grass’s image was blemished by the reaction to Peeling the Onion. Although he had often emphasised that in his writing he was trying to understand and to expiate youthful folly, this counted for little with those angered by the “revelations”. What would they have made (or make) of the chilling line in his 1972 novel From the Diary of a Snail: “When I was fifteen, I wanted, in thoughts, words, and works, to murder my father with my Hitler Youth dagger.”

Never a comfortable or comforting writer, Grass was a scourge of the bourgeoisie, of capitalism and of the reunification of Germany. In 1995, Grass published Too Far Afield, in which he excoriated the advocates of unity as “colossal tricksters”; contrasted Bismarck the Iron Chancellor with the “watered-down Bismarck” that was then German chancellor Helmut Kohl and rang the alarm against “idiotic pride in ‘Deutschland’ that has always gone hand in hand with violence”.

Not an easy man to have on your side. But then as his Nobel lecture put it: “It is a fact of life that writers have always and with due consideration and great pleasure spat in the soup of the high and mighty. That is what makes the history of literature analogous to the development and refinement of censorship.”

(A thought that might be of some comfort to South African first-time novelist ZP Dala, reportedly checked in to hospital after some in Durban’s Muslim community attacked her for being “Rushdie’s bitch” after she listed him as an author she admires.)

Read Outspoken author thanks writers for aiding her release

In the Danzig trilogy, Grass delivers a damning indictment of the bourgeois decency and the countless petty conformists that allowed evil to grow and prosper in Nazi Germany. But there was – and remains – another enemy. “We look on in horror as capitalism – now that his brother, socialism, has been declared dead – rages unimpeded, megalomaniacally replaying the errors of the supposedly extinct brother. It has turned the free market into dogma, the only truth, and intoxicated by its all but limitless power, plays the wildest of games, making merger after merger with no goal than to maximise profits … Globalisation is its motto, a motto it proclaims with the arrogance of infallibility: there is no alternative.”

Written after the great crash of 2007-2009? No, almost a decade earlier, as part of Grass’s Nobel lecture. All writers are of their time, but the great ones transcend past, present and future in a unity of time and place and eternal verity. Such was Günter Grass, novelist, poet, playwright, essayist and politician.