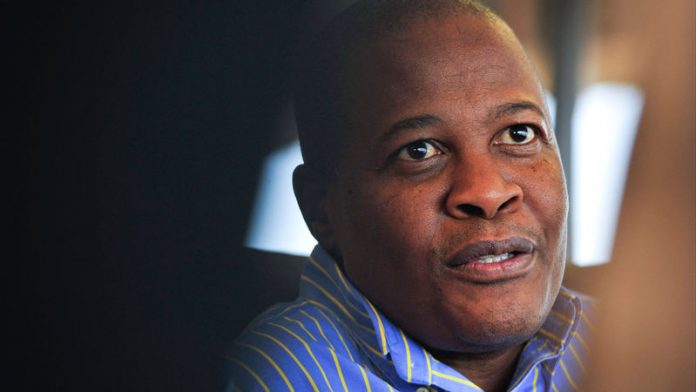 Barely a week after being appointed to lead embattled South African power utility Eskom, acting chief executive Brian Molefe is already setting himself goals, one of which is to find an additional 3 000MW to add to the national power grid by the end of the year to minimise the need for load shedding.

Addressing a press briefing in Cape Town an hour after facing a gruelling four-hour question session with Parliament’s public enterprises portfolio committee, Molefe said maybe he was being a bit bullish in his estimations.

“Perhaps we might not find it, and if we don’t, I’ll be the guy who said we can deal with the issue in a year and if we do it at the end of the year, then everyone will be happy.”

The 3 000MW would be to bridge the gap between demand and supply.

Molefe has said that prepaid electricity for households and corporates could go a long way towards improving the power utility’s rating and finances.

He said the utility’s debt of R25-billion could be reduced drastically if it bypassed defaulting municipalities and provided electricity directly to households instead.

“It is just an idea though. It is an idea that has not been canvassed with Eskom itself. I just think it would be better if we bypassed the municipalities rather than switching off the households. Perhaps we can start with the municipalities that are in arrears, because if they cannot pay over the money that they collect from households to Eskom, we should bypass them. Eskom cannot afford at this stage to be a source of funding for municipalities at the expense of the national grid.

“It is not going to work, it’s not sustainable and affects the whole country. As far as municipalities that are paying well and on time, I would not see the need to bypass them and go directly to the customers in my idea.”

“If they do not pay on time and do not meet their obligations, especially when they are receiving the payments, they should be bypassed and go directly to customers. In my head, this electricity would come from Eskom to prepaid meters. In fact, I also think even corporates should do prepaid.

“Prepaid improves our financial position immensely. If we were to all understand that we need to go on prepaid to make sure that Eskom has the cash that it requires to provide electricity, including the additional 3 000MW I was talking about, we should consider going on prepaid rather than borrowing money from the capital market and making our balance sheet worse.”

Molefe said the power utility was not going broke. It is always monitoring liquidity and keeps a high buffer in the bank at all times, said acting chief financial officer Nonkululeko Veleti.

Molefe said South Africans were justified in being irritated by the disruptions owing to load shedding.

“I know this because I have worked on the 49th floor of the Carlton Centre and it is absolutely frightening when the electricity goes off. Perhaps before I came to Eskom I was a bit melodramatic, but now that I am here I understand it is because we have to do maintenance. The alternative to maintenance is too ghastly to contemplate.”

The acting chief executive said his decision to come to Eskom from Transnet was not a difficult one.

“I saw that Eskom is in fact a company that is doing well, that is currently having some problems that are solvable. Perhaps I may not have considered coming here if I was not convinced that it is possible to resolve the issues. They are not issues of a structural or systemic nature.

Eskom said its Medupi and Kusile power plants were expected to be fully completed by 2021.