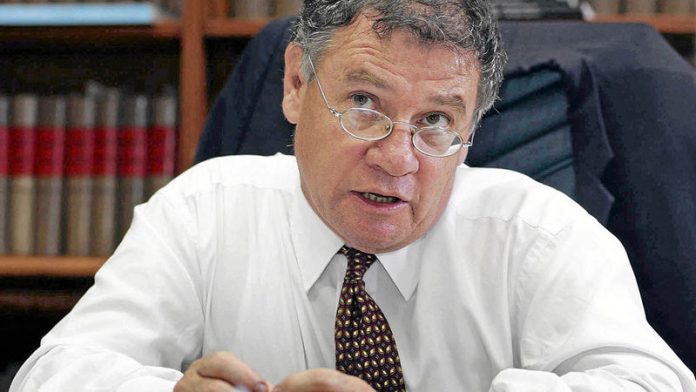 The portfolio committee on trade and industry has heard calls for the criminalisation of transfer pricing – a practice that, when abused, results in large corporations shifting profits offshore and costs South Africa billions of rands in unpaid corporate taxes.

The committee heard that transfer mispricing and, more generally, tax evasion and other forms of illicit financial outflows could be prevented if government merely implemented the laws it already has in place.

Specific attention was paid to the mining industry. Judge Dennis Davis, chair of the Dennis tax committee, told the portfolio committee that transfer pricing was not the same as price fixing, as several MPs appeared unclear on the definitions of the two.

“I’m talking about when related entities within the same group have transactions with each other, in circumstances where they manipulate the prices and shift profits to tax havens … I agree that companies do have legitimate transactions within a group, that’s why you can’t ban transfer pricing completely. What you’re looking for is where prices are manipulated,” Davis said.

He said transfer mispricing concerned him because the state needed to raise additional revenue for purposes of redress. As for whether or not it should be criminalised, Davis said it was important corporates that defrauded the state be “put in jail”. For example, corporates that had “vast amounts of income that they have not disclosed”. “But the problem with transfer pricing, said Davis, was that companies could disclose it but “then you’ve got to work out if it’s kosher”.

Sars shortcoming
He said there was a lack of capacity within the South African Revenue Service (Sars) to investigate corporate tax evasion, as it had only 20 employees dedicated to transfer pricing-related investigations. A representative from auditing firm Deloitte told the committee that no one had ever been successfully prosecuted for transfer mispricing in South Africa. “And I’m not sure that we have a judge that can hear a transfer pricing case at this point,” he said.

Professor Johann Hattingh from the University of Cape Town said it was “not an understatement that transfer pricing is the biggest tax issue in the world”.

“We should be clear on what it is. Transfer pricing is a colourless event – a normal instance of how the global economy operates. It’s when prices deviate or mispricing, that’s really what we are concerned about.”

He agreed that Sars was understaffed. Hattingh said the British tax authority had increased its team working on transfer mispricing to 200 experts, and had raised an additional £1-billion in a year.

Leading international tax analyst Lee Sheppard previously called transfer pricing “the leading edge of what is wrong with international tax”. But the practice, as a general theme, is not illegal.

EFF MP Floyd Shivambu said the Reserve Bank and the Financial Intelligence Centre had confirmed this. But several MPs said the entire practice should be criminalised, calling it “detrimental to the development of the country”. One MP called it “a tool for sophisticated looting”.

“Transfer pricing or mispricing is just semantics,” he said, adding that Australian tax authorities and a committee of the US Senate had taken on multinational mining companies over the issue. “Multinationals don’t respect our institutions like they do other countries. We must put our foot down. For us, it is illegal,” Bukwe said.

“For us it equals low and unequal wages, and retrenchments. It equals poor implementation of social responsibility plans; lower health and safety standards in mines. We are at the coalface of these illicit transactions.”

By shifting profits offshore, usually under the guise of paying a subsidiary within the same group of companies for services not rendered, companies are able to plead poverty in their host countries and avoid paying tax. Bukwe said mining companies then pretended that they could not increase wages, for example, all the while cashing in on profits hidden offshore. “There is little money available to reinvest in the mining operation,” he said.

“We are always told the mines are not profitable. It has nothing to do with it; we see executives taking decisions to maximise profits.” Shivambu said the biggest weakness within the state was its inability to enforce legislation, “particularly when it relates to big business”.

“The mining charter was passed, champagne was popped and there was no compliance with it and nothing happened. No one held the mining corporations accountable.

“I spoke to a seasoned mining manager who said, ‘We just sign all of these things, we don’t comply and no one is going to do anything to us.'”

MPs agreed that the department of mineral resources had a duty to monitor mines for transfer pricing because all companies that export minerals have to report to the minister of mineral resources. It is therefore possible to see if they are operating legally.