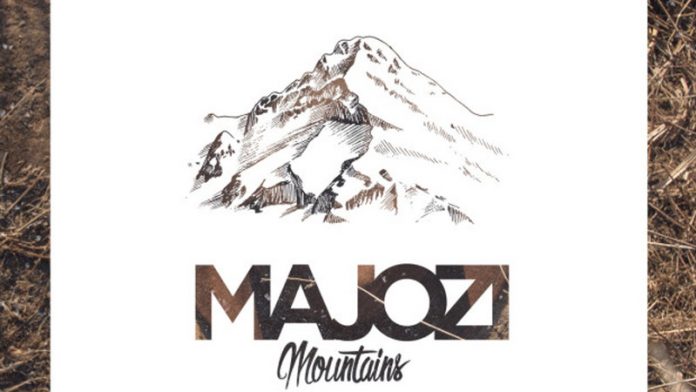 The Durban-based singer/guitarist Majozi returns with his second album “Mountains”, and if you think the breezy cover image and title should have an accompanying motivational quote – “never give up”, perhaps, or “always take it higher”– you’ve pretty much nailed the pitch and content.

Both quotes are lyrics that feature on this feel-good electro/indie/folk album, which renders the listener ready to tackle the world head on. Mountains also runs the risk of being pleasantly inoffensive which usually equates to forgettable, a burden which is more a critique of what we expect from popular musicians than of Majozi’s character.

Remember when Jimi Hendrix set his guitar on fire or Kurt Cobain smashed his guitar? How about how Kanye West constantly flirts with controversy to put rocket fuel into his career?

To be blunt, whatever happens to nice guys like Majozi?

His first EP, Marvelous Light, sets a warm grounding – more guitar, less electronica – for Majozi to establish himself as a positive influence. This focus gave his songs potential to one day be played out of the trunks of camper vans on battered acoustic guitars.

Jack Johnson targeted the beach bum market with relative success, although Majozi’s commitment to electronica on Mountains, a style which may at a glance seem a polar opposite to acoustic, has now set him apart from this. Perhaps a lack of funds on Marvelous Light held Majozi back, but now thanks to a luscious production quality, Majozi’s ambitions in electronica have been fulfilled.

What love brings
Mountains puts Majozi in a similar bracket to Aloe Blacc, whose hit track Wake Me Up is echoed in its marriage of feel good strumming and swelling electronica. The already popular Mountains singles Someday and Fire are where Majozi fits this label best, with the remaining four songs offering a more subtle, road-trip soundtrack vibe.

Images of sunsets in wing mirrors and hands bouncing on an arm-out-the-window breeze come to mind. Again, the hope that these tracks may infiltrate the playlists of amateur, “off to find myself” guitarist/travellers is there, with simple, catchy melodies and uplifting lyrics being the core ingredients. Majozi challenges us to “conquer the mountains which life throws at you”, a philosophy hammered into every track in a way that leaves little room for self-doubt.

An honest love song comes in the form of Darling, which uses ukulele-like plucks and toned down electronica to deliver its message. Majozi, forever the ordinary guy, is of course a slave to the pains, confusions and overwhelming joys that love brings, and the relatable nature of his reflections give the track extra power.

As is applied liberally on Someday, a chorus of over-dubbed voices rises like a gospel choir to bring a heart-warming sense of togetherness. The good news is you can sing along and be part of Majozi’s gang too, because although every music video extra with whom Majozi likes to surround himself maybe wholesome, good looking and happy, the bar is set at achievable levels of inner and outer beauty. On this trajectory Majozi probably won’t put a mark on music history, but for the moment his relentless optimism is hard not to love.

Who was Bra Hugh

Kamasi heeds the call of an epic time

Zoë Modiga and the sacred art of Yellow

Shabaka and the Ancestors’ music pays homage to the past, whilst looking ahead