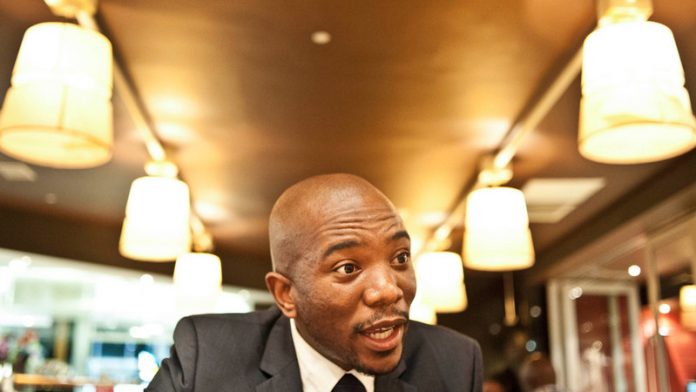 You can have your laughs at Democratic Alliance leader Mmusi Maimane for #AskMmusi, his agony aunt-style framing of his Twitter Town Hall this week.

Given the hashtag, black Twitter went to work on him, scolding and trolling him with all the imaginable tropes steeped primarily in South Africa’s race dynamics.

The brevity of his timeline responses compared with the uncontrollable veld fire of heckling probably means he will approach the exercise differently in the future. But it did afford him the opportunity to gloat.

“As a political principle, one should dare never forget that we live in a world where politicians can be sometimes aloof. One of the best tweets I got was when someone said: ‘In one hour-long Twitter Q&A @MmusiMaimane has engaged more with ordinary South Africans than @PresidencyZA has in two terms’,” he said.

Maimane said one of his intentions was to drive people to the DA’s website “to read up on more opportunities”. But perhaps the other numbers that matter, according to his communications team, are that, in less than 24 hours, Maimane gained about 10 000 new Twitter followers and there were more than 130 000 tweets tagged #AskMmusi.

But perhaps the real roasting of Maimane took place elsewhere online this week, at the hands of a former colleague. A Gareth van Onselen article, which appeared in the Rand Daily Mail online early this week, drew attention to the dichotomy between the conservatism of Maimane’s Liberty Church and the liberalism of the Democratic Alliance. The church, at which until recently Maimane was a pastor, holds that homosexuality is a “sin before God”.

His permanent half-smile momentarily vanishes when I bring up the contradictions between his politics and religion during a brief interview at OR Tambo International Airport.

“I think there’s something flawed to saying, by belonging to a church, I must agree with everything in the church. I have always challenged the church when it comes to constitutional matters.

“We don’t spend our days only discussing issues of homosexuality in our church. The church at Cosmo City [north of Johannesburg] keeps me in contact with South Africans. We can talk about issues, we can share our lives. Politics is a tough game. You need a space where you can have your own social vitality.”

Although pundits have been arguing about whether Maimane will be just a black face to advance the party’s ability to woo black voters, his statement last week, to the effect that “if you can’t see that I’m black, then you can’t see me” can be seen as a self-conscious, direct response to the casting of the party as ahistorical.

“Skin colour is one thing; leadership is another. Leadership is about influence. You have got to allow yourself the opportunity to coalesce people around common values.

He quickly emphasises that the DA has not forsaken its principles as its church broadens.

“In time, I will unfold a vision for South Africa that talks less about the ANC and more about what the DA does.”

But that moment hasn’t arrived yet. It’s evident, for instance, in how he answers questions about the Eskom crisis and the perennial protests in Soweto against prepaid electricity meters.

“The difficulty is that the ANC went out of its way and told South Africans that it was not a good idea for them to pay their bills. At the time, the struggle was right, but what they failed to do was to encourage consumerism. The gripes of the people of Soweto are right because the supply of electricity by Eskom in Soweto has been inconsistent. People are without power.”

Otherwise, when weighing up the party’s short-term and long-term prospects for Gauteng, Maimane has appropriated the ANC’s language.

For now, he has had a good start. The Twitter Town Hall made for fun reading and set him apart from his predecessor Helen Zille’s cyberspace militancy.