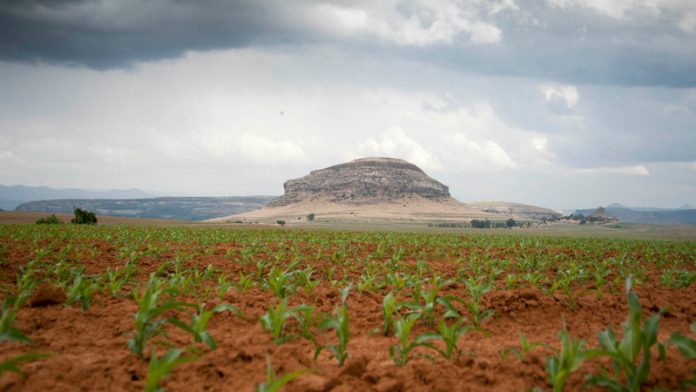 Organised agriculture is hoping that sanity will prevail during parliamentary deliberations on the proposed Regulation of Land Holdings Bill that will introduce caps on the amount of land individuals can own.

But, if the proposal becomes law, the industry is prepared to take the matter to the courts, said Hans van der Merwe, the executive director of Agri SA.

“First and foremost, it will have to go through parliamentary processes. But, if need be, I think we will go all the way. It’s an issue of such interest for economic prospects and food security in the country that I think it should be challenged.”

Van der Merwe was speaking after the budget speech of Gugile Nkwinti, the minister of rural development and land reform, in which he gave further details of plans to introduce ownership “ceilings”, first mooted at the ANC’s January lekgotla and then outlined in the State of the Nation address in February.

In the address, President Jacob Zuma said individuals will be limited to 12 000 hectares.

A special category will be introduced for the 12 000ha maximum announced by the president that will apply to only three categories of land use: forestry, game farms and renewable energy farms, especially wind energy.

“Any excess land portions between each of these categories – small-scale and medium-scale; medium-scale and large-scale; and above the 12 000ha maximum – shall be expropriated and redistributed,” Nkwinti said.

Compensation will be made according to the “just and equitable” principle in the Constitution.

The proposed caps have drawn the ire of industry experts and those involved in agriculture, who believe they will be economically unworkable.

Similar objections
The caps come alongside other proposals that have drawn similar objections. These include the intention to prohibit the ownership of agricultural land by foreigners, which will be included in the Bill, and the 50/50 policy framework proposal published last year, to cede 50% of all commercial farmland to workers.

Van der Merwe said Agri SA is committed to making land reform work but the mechanics of the proposals are “unworkable, unconstitutional and a serious threat to food security”.

Agri SA has previously emphasised that it is impossible to link the economic value and production of a farm to its physical size. Many factors, including farming intensity, the climate, infrastructure and distance from markets, have an effect on a farm’s viability.

Simply to cut off parts of land from farms could see the necessary infrastructure on a given farm halved, making it unviable, he said.

Ernst Janovsky, the head of agribusiness at Absa, said ceilings will kill the local agriculture industry over time.

Industry survival
For the industry to remain competitive and survive, it has to become more productive. This is done in various ways, including by adopting and improving technology and taking advantage of economies of scale, he said.

Land caps mean that farms can not grow beyond a certain size, removing one way to increase competitiveness and survival, Janovsky said.

Janovsky said cost pressures in agriculture are a key reason farmers have been forced to consolidate over time, which has seen a decline in farmer numbers from 120 000 in the 1960s to about 35 000 today.

Professor Nick Vink, the chair of the department of agricultural economics at the University of Stellenbosch, said, aside from questions about the constitutionality of the proposals, land ceilings are a bad idea from an economic and practical point of view.

“In practice, the originally proposed land ceiling of 12 000 ha is nonbinding, in the sense that anyone with a farm that size could easily make it look like it is owned by more than one person.”

The proposed restrictions on foreign ownership have also been criticised, but Vink believes there may be some justification for this. He said South Africa is one of the few countries in the world that does not have such regulations in place, and all other types of foreign investment is regulated.

“The problem is that it has been proposed together with these other changes, so it looks like an assault on property rights rather than a sensible policy,” he said.

Money to implement the proposals is also a major issue.

Van der Merwe said there is nothing in the department’s budgetary provisions to deliver on these proposals.

Bonded farms
Regarding the 50/50 policy framework, he said it is unclear how this will affect the debt of the sector, as about 60% of farms are bonded.

In a positive move, however, the department appears open to the idea of treating the 50/50 policy framework as voluntary rather than making it statutory, Van der Merwe said.

Nkwinti said in his speech that some individuals and groups of farmers have volunteered to participate in the 50/50 scheme and have presented various proposals. The government will prioritise these this financial year.

The department of rural development and land reform did not respond to a request for comment.

Growing culture: Brothers on the land, together under the sun