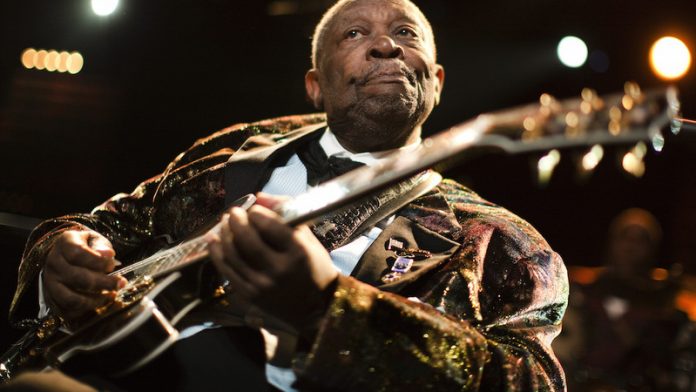 Guitarist BB King, who took the blues from rural juke joints to the mainstream and influenced a generation of rock guitarists from Eric Clapton to Stevie Ray Vaughan, has died, the Los Angeles Times reported late on Thursday. He was 89.

King, who will for ever be linked with the Gibson guitars he named Lucille, died in Las Vegas, the newspaper quoted his attorney as saying. Reuters could not immediately verify the report.

King was diagnosed with Type 2 diabetes in the 1980s. He was hospitalised in April for a few days after suffering from dehydration related to the disease. In May he said in a Facebook post that he was in hospice care at his home.

King went from touring black bars and dance halls in the 1940s and 1950s to headlining an all-blues show at New York’s Carnegie Hall in 1970 and recording with the likes of Clapton and U2 in the 1990s.

King had a deep, resonant singing voice and, despite having what he called “stupid fingers,” an immediately recognizable guitar sound.

His unique style of trilling the strings with a fluttering left-hand vibrato, which he called it “the butterfly,” helped shape early rock. He delivered stinging single-note licks that brimmed with emotion and were copied by white rock guitarists including Jeff Beck and Bonnie Raitt.

In 2003, Rolling Stone magazine’s list of the 100 greatest guitarists of all time ranked King at No 3, behind only Hendrix and Duane Allman. – Reuters