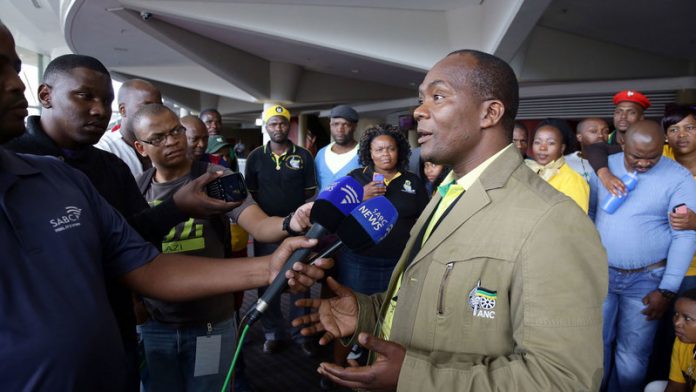 The ANC’s top officials are expected to head to eThekwini on Tuesday in a bid to try sort out the “instability” in the region.

The ANC’s biggest region has been marred by controversy, with the party failing to convene a successful conference.

On Sunday, following a two-day national executive committee meeting, ANC secretary general Gwede Mantashe announced that the party’s leadership would visit the area after its visit to another troubled region, Nelson Mandela Bay.

Speaking to reporters on Sunday, Mantashe said the top officials were visiting the regions – Nelson Mandela Bay and eThekwini – because there was “relative instability”.

“We going to eThekwini because we must move quick to that conference and have stability.

“It’s not our intention to suppress the right to contest, but our intention is to ensure that if you contest please play according to the rules,” he said.

Conference reconvened for fourth time
The eThekwini conference, which was scheduled to convene for the fourth time, was adjourned indefinitely earlier this month after disgruntled members, believed to be in Councillor Zandile Gumede’s faction, disrupted proceedings.

eThekwini mayor James Nxumalo and Gumede were in the race for the highly contested position of regional chair.

At the time at least three ANC sources said that Nigel Gumede resigned from the provincial executive committee in order to be able to run for the position.

The sources also suggested that Nxumalo might step down in order to allow Nigel Gumede to go head-to-head with fellow exco member Zandile Gumede. – News24