Race matters: Hollywood’s out of touch with audiences, says report 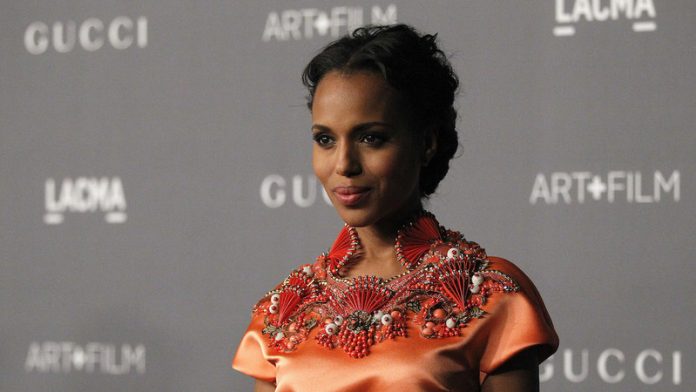 Diversity in casting is said to be “at its peak”. Industry publications, such as Deadline Hollywood, have written of a “noticeable shift” towards the casting of black actors lately, particularly in new TV series screened all over the world such as Love is a Four Letter Word, How to Get Away With Murder, and Endgame.

This is a marked difference from the way things have always been done in Hollywood and other major centres of screen production. Traditionally, black actors (including all actors of colour) have mainly been cast either in offensive, racially stereotyped roles such as the woman abuser or criminal, or in roles that could only be played by black actors, such as the slave of African heritage or the migrant from India.

Black actors have suffered many decades of indignity through being forced to play these roles or not work at all. As educator Sachi Feris says: “Whiteness isn’t always named and is treated as invisible and sort of the neutral norm in our society.” And so it has always been on the screen, where mainstream roles as parents, teachers, businesspeople, fairy-tale princesses and women falling in love have always been accepted as white roles – with rare exceptions.

Disproportionate whiteness
This state of affairs stems from racism and colonialism. Early documentary films about black people made by white people focused purely on depicting black people as objects of curiosity. Historically, black children in Hollywood movies were cast as racial caricatures – young buffoons whose role was to appear ridiculous so as to entertain white folks.

Actors’ unions all over the world have been campaigning for years for “colour-blind casting” where actors of any race could audition for mainstream roles previously kept for white actors and also for diversity in casting where TV series and films must include black actors in lead or key roles. But diversity in casting is still a long way from being a reality.

One of the problems is that even when black actors are not specifically excluded from auditioning for roles, the impression is given very strongly that the role is likely to go to a white actor. So some black actors say they won’t audition unless the audition notice is marked “actors from diverse backgrounds welcome”.

It is also virtually impossible for a black actor to successfully claim discrimination when a role goes to a white actor, since studios can advance dozens of subjective arguments that they claim are artistic reasons for casting one actor and not another. This means that change is taking a very long time to come.

Black children are particularly affected since they are over-exposed to whiteness on the screen on a scale hugely disproportionate to the whiteness in the world. The recent remake of Cinderella, for example, featured a 90% white cast. The popular American TV series about a school of teenage performing arts students, The Next Step, has a majority cast of white actors with only two black characters in minor roles.

South Africa not immune
The reality that black actors still have access to far fewer roles than white actors has been ignored by some Hollywood screen commentators who say there is “so much diversity” in productions these days that white actors are now being disadvantaged and discriminated against.

There is no merit to this statement according to the 2015 Hollywood Diversity Report, which found that “ethnic” actors (all actors of colour) received only 17% of all lead roles in film, and that white actors occupied over 75% of all roles on digital and cable TV series.

White-dominated screen productions are shown worldwide and so South Africans are not immune to white ­dominance of the performing arts. Another problem for South African viewers is that locally produced soap operas may subvert the “white hero” narrative by casting black heroes and white villains, but they ignore working class life in South Africa in the main and thus present an unrealistic view of our very unequal society.

Cinemas often do not show South African films and, if they do, the Hollywood blockbusters that are on offer drown these films out. Theatre is far too pricey to be within reach of the majority and TV is also flooded with North American and British shows that generally feature few black actors in lead roles.

Global problem
The problem is global. In Australia last year, every actor of colour on the daily soap opera Neighbours was axed from the show in one fell swoop and replaced by a white family, returning the show to the days when it was all white.

To make matters worse, producers decided to write out the four characters, an Australian family of Indian heritage, by sending them “back to India” even though they were an Australian family. The actors eventually forced a compromise story line: that the characters would be said to be holidaying briefly in India before relocating to the United Kingdom.

Dr Ella Henry, who lectures in Maori studies and who has served as the president for the Association of Maori in Screen Production in New Zealand, has pointed out that diversity by numbers is a precarious game for black actors. Not only do these actors face being written out of TV series abruptly, but productions could cast an actor of colour as a doorman instead of a white actor and then claim to have introduced diversity. For Maori, Henry says the only solution is for more funding to be made available for Maori ­storytelling and productions.

Subverting the narrative
Black producers Will Smith, Jada Pinkett-Smith and James Lassiter have come up with this kind of funding, remaking the popular children’s movie, Annie, and casting 11-year-old Quvenzhané Wallis, a black girl, as the lead actor. Hollywood has traditionally cast white actors in the roles of those who save black children and even black adults from horrible situations. Annie was refreshingly different – a black man saved Annie, while a white woman and a white man were cast in the role of exploiters, with the white woman first abusing Annie emotionally and the white man then selling Annie off to a pair of actors who he hired to pretend they were her biological parents.

Interestingly, the diversity report also found that Hollywood might put itself out of business if it continues to promote whiteness on screen. “Business as usual in the Hollywood industry may soon be unsustainable. Evidence from this report shows clearly that America’s increasingly diverse audiences prefer diverse content created with the input of diverse talent.

Diversity sells, the researchers found. It is unclear whether producers will wake up to this fact sooner rather than later. For now, it could be that powerful black producers or high-profile actors will need to become more and more responsible for creating films that reflect black people positively.

Sacsis is the source of the original article.