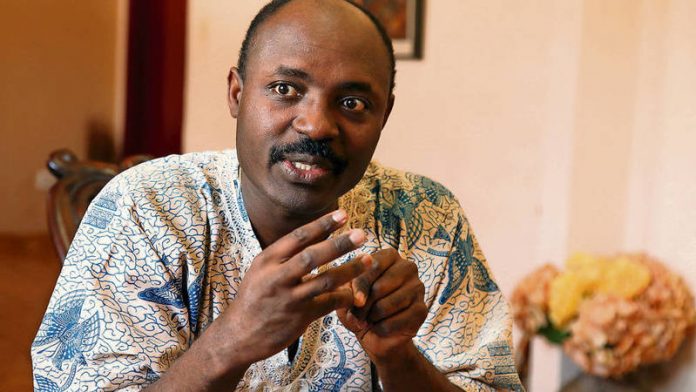 The internationally renowned Angolan investigative journalist Rafael Marques de Morais has been given a six-month suspended sentence after the Luanda provincial court found him guilty of criminal libel against generals of the Angolan military.

The generals had agreed to drop charges against the 43-year-old journalist last week. These involved allegations in his 2011 book, Blood Diamonds: Corruption and Torture in Angola, that they were involved in 100 killings and 500 incidents of torture linked to mining operations in the country’s diamond-rich Lunda Norte province.

The generals were claiming $1.2-million in damages and a nine-year prison term.

In court documents, lawyers for the generals and two mining companies that had filed similar charges declared they had no further interest in pursuing the prosecution.

But, in a phone interview from Angola on Wednesday, Marques de Morais said he had been “shocked” by the public prosecutor’s subsequent announcement that the government intended proceeding with the case.

“It was beyond belief that such an authority would put words in my mouth, saying that I had admitted having written falsehoods, and because I did not see any general shooting a miner I was, therefore, guilty as charged,” he said.

He had agreed with his accusers that no further editions of the book would be published.

“On May 21, a good-faith mediator, a three-star general, pleaded with me on behalf of the general chief of staff of the Angolan armed forces, to put patriotism and the public interest first. He told me it was up to me to end the trial … all I had to do was to make a short statement in court to enable the generals and the prosecutor to drop the charges.”

Marques de Morais said that in his statement he acknowledged that the guards employed by a private security company owned by the generals, Teleservice, were the executors of many of the human rights abuses he had exposed in his book, and that the generals may not have personally been aware of the guards’ actions.

“I reaffirmed in court that I never had the intention of offending the honour of the generals or anyone else, but simply wanted to report on the suffering of the people in the Lunda region.

“I also reiterated my commitment to continuing to monitor the human rights situation in the Lunda, expecting this time the co-operation of the generals and companies involved in answering my questions.”

He said the prosecution’s turn-around smacks of betrayal by the generals, and that he will make public his private conversations with them and government officials that included assurances that he had nothing to worry about. The prosecutor was quoted by Angolan news service Vice as saying he will seek a 30-day jail term for Marques de Morais.

Angolan affairs analyst Justin Pearce said the many unpredictable twists and turns that the case has taken in recent months are a sign of the arbitrariness of legal procedures in the country.

Pearce said the case also illustrates that the system is open to manipulation by powerful political interests and the fact that political and business interests are closely intertwined.

“The [prosecutor’s] decision seems arbitrary. It also denies a voice to the witnesses who travelled to Luanda to testify in Rafael’s favour, and who were dismissed when the case appeared to have been settled last week,” Pearce said.

An Angolan journalist based in South Africa, Aristides Cabeche, said the move is a ploy by the Angolan government to tarnish Marques de Morais’s image.

“They wanted him convicted so that he would have criminal record,” he said.

Marques de Morais’s lawyer, David Mendes, has vowed to appeal against any sentence his client receives.“It was beyond belief that [they] would put words in my mouth, saying that I had admitted having written falsehoods.”

Mozambican authorities must stop the attack on media freedom

When journalists stop telling the truth about what’s going on in their country, when they stop exposing wrongdoing and corruption allegations, everyone suffers
Read more
Africa

The Bertelsmann Transformation Index Africa Report 2020, A Changing of the Guards or A Change of Systems?, suggests that we should be cautious about the prospects for rapid political improvements
Read more
Top Six