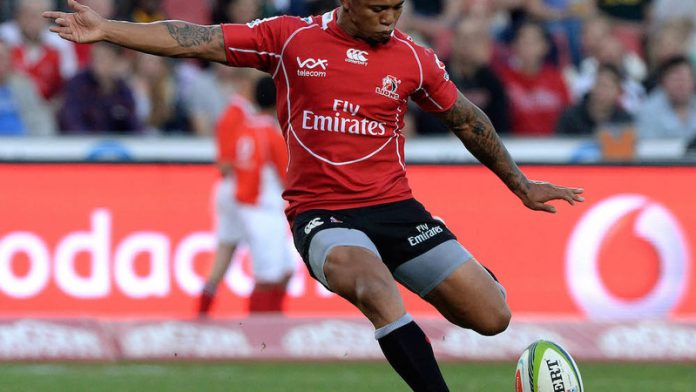 The axe will fall on several teams in Super Rugby this weekend, although the Hurricanes could wrap up top spot on the log in record-breaking time. The ‘Canes travel to play the Crusaders at Trafalgar Park in Nelson and defeat for the home side would end their chances of reaching the play-offs. Also in the last-chance saloon are the Rebels, who face the Sharks in Durban.

Above the Crusaders and the Rebels in the log are three South African sides and the Brumbies of Australia, for all of whom the equation from here on in is quite simple: keep winning and remember that the last thing left in Pandora’s box was hope.

The Lions are in the most precarious position, standing on 36 points, but have played a game more than their play-off rivals. The Bulls have the toughest task, with two games in Australia ahead of them before they finish at home against the Cheetahs. In effect, Friday’s clash in Canberra between the Brumbies and the Bulls is a straight knockout.

The best-placed of the South African sides are the Stormers, level on points with the Brumbies (38), two clear of the Lions and three of the Bulls. The Cape franchise faces the Cheetahs and the Lions at Newlands before finishing against the Sharks in Durban. More so than any of their conference rivals, the Stormers hold their fate in their own hands.

The Bulls can, of course, throw a firecracker into the powder keg by beating the Brumbies and experience has shown that you write off the Blue Machine at your peril. History is against them, though, because the Bulls have won just once in eight attempts in Canberra, back in 2007. That was the year they won Super Rugby for the first time with a juggernaut of a side way superior to the current one.

If, as seems far more likely, the Brumbies win, the Australian side will then be hoping for a helping hand from the Lions in the final game of the weekend in Johannesburg. The Lions play the Waratahs, the defending champions, who currently lie second on the log with 41 points. A win for the Brumbies and defeat for the Waratahs would in all likelihood see the two exchange log positions.

Staggering of fixtures
This is something that South African sides have become used to over the past month, thanks to the anomaly of positions in the top three being decided by country rather than points total. Add in the staggering of fixtures to suit television and the Stormers, the Bulls and the Lions have spent time in the higher echelons of late.

Inevitably this jockeying for position cannot last and this may, in fact, be its final weekend of relevance. If the Bulls lose, as seems the most likely scenario, it’s hard to believe they can make the play-offs.

The Lions’ season hangs by a thread, so they need to dig deeply into the well of self-belief inculcated by the coaching staff. Those who recall the dour aspect manifested on the playing field by Johan Ackermann must be astonished at the brand of rugby he has produced as a coach. When cornered, the former Springbok lock will point to his assistants, Swys de Bruin and JP Ferreira, but no one really buys that explanation.

Clearly there was a plan at the start of the season, one that involved winning games by scoring tries. It turned out to be an Achilles heel, for the Lions lost their first three matches owing in no small part to eschewing easy points from the kicking tee.

How different might the season have been for both sides if the Lions had beaten the Hurricanes in the opening fixture, instead of losing 22-8? They should also have beaten the Stormers in week three. But from the depths of despair, Ackermann and his colleagues in the think-tank have produced a team that reminds us of what makes rugby union endlessly fascinating.

Players we thought we knew have surprised us on a weekly basis. Elton Jantjies is a case in point. A Springbok flyhalf two years ago, Jantjies had almost resigned himself to playing the rest of his career in Japan and Europe. At the start of this season he couldn’t make the starting line-up because of another Springbok flyhalf, Marnitz Boshoff. But Boshoff couldn’t find his kicking boots when it mattered and gradually Jantjies got enough game time to rediscover himself.

It is not so long ago that he was regarded as just another Earl Rose; a gifted player for whom success meant fast cars, discotheques and a disdain for the hard yards required on the rugby training field. Now Jantjies is running those defence-shredding straight lines again and bisecting the uprights with an ease not seen since the untimely death of his kicking coach, who also happened to be his father.

Jantjies has been spurred on by the diminutive Faf de Klerk, a scrumhalf with attitude and a snappy pass. Both are part of a set-up that sees possibilities rather than challenges. Therefore the fact that the Lions last beat the Waratahs in 1997 is entirely irrelevant. They have found a way to make history instead of bowing down before it.