The life and works of John Coetzee 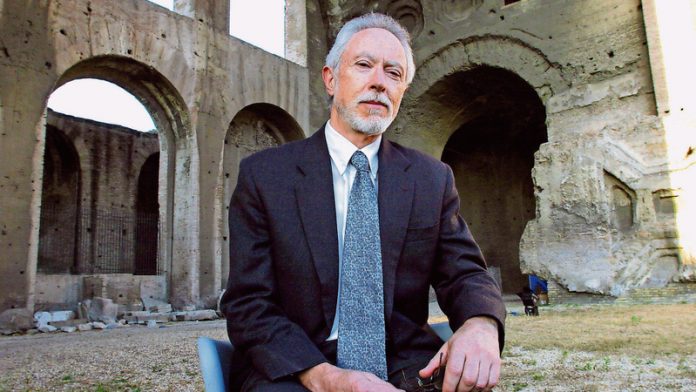 JM COETZEE AND THE LIFE OF WRITING by David Attwell (Jacana)

JC Kannemeyer, the biographer of several Afrikaans literary giants (Leipoldt, Langenhoven, Krige), ended his writing career with a biography of JM Coetzee, almost as though he were absorbing him into the Afrikaans literary tradition instead of that of the English in which Coetzee writes. Kannemeyer died before the biography was quite finished, and it was published after his death. It’s a monumental work of fact-finding, though most of the facts are dull, and it had some referencing problems (I am quoted as the author of a review I didn’t write).

Focusing on the life rather than the writing as such, Kannemeyer paid only “cursory” attention to the manuscripts of Coetzee’s novels (now in the archive of the University of Texas, Austin) or to the notes related to the process of writing them. These documents are a key part of David Attwell’s examination of Coetzee’s “authorship”, and what a treasure trove they are.

One presumed Coetzee kept a close critical eye on his works as he wrote them (he is, after all, a master critic too), but notes so detailed, so exacting, so open? They provide a fascinating insight into the development of his fiction, his own textual and emotional manoeuvres, and the mind of the writer.

He bemoans being trapped in the easy prison of naturalism, as might any novelist working on the edges of the realist tradition. During the writing of Foe Coetzee asks himself, as many readers did too once it was published: “What is the whole thing all about?” He is finding he has “no interest in this woman”, meaning the pivotal figure of Susan Barton, and in a text composed of different voices, and about who tells whose story, he revealingly asks: “When am I going to enter?”

Foe was a relatively smooth writing process for Coetzee, perhaps because it had a textual tradition behind it upon which he could draw, and a prose model in the works of Daniel Defoe. Other novels were not nearly so easy – 12 or 14 drafts are “not uncommon”, says Attwell.

Waiting for the Barbarians
It’s extraordinary to see how much Coetzee changed in his very conception of some texts, casting them in entirely new directions again and again. The central character of, or at least a central observing consciousness in Waiting for the Barbarians, for instance, was at first a Cape Town harbour master of Greek descent. All such realistic specificity was erased, however, in the writing of the novel; it is ultimately about a minor bureaucrat on the fringes of a vast, unnamed and imagined empire. Yet a touch of Greece remains in the title’s quote from poet CP Cavafy.

Tiny references in the novels as published open out into vistas of alternative trajectories. In The Life and Times of Michael K, one little relict of earlier ideas subsequently painted over, as it were, is a reference to “the Kamieskroon killer”. As it stands, it feels like a piece of semic code adding natural, realistic detail, but in fact it’s to do with Coetzee’s original idea for the novel, which was related to Heinrich von Kleist’s Michael Kohlhaas and Thomas Keneally’s The Chant of Jimmie Blacksmith – both about outlawry and the oppressed’s turn to violence.

The Von Kleist link remains in the title of Coetzee’s novel – it isn’t a Kafka reference, except in the most general, possibly accidental way, and despite Coetzee’s great fondness for Kafka. The Von Kleist story, though, is turned right around: Coetzee’s Michael K eschews violence and, by the end of the novel, is unconsciously quoting Voltaire on the need to cultivate one’s garden.

This conclusion got Coetzee into trouble with reviewers, including Nadine Gordimer, who objected to his protagonist’s refusal to see the liberating potential in violence. It looked like an opting out of political commitment.

The Life of Writing
There are some interesting sidenotes, in JM Coetzee and the Life of Writing, on this issue in Coetzee’s work, and the relationship with Gordimer. Their clash over the visit to South Africa of Salman Rushdie, soon after he had written The Satanic Verses, is touched on here and has a bearing on their differing positions. Attwell also shows, though, how Gordimer is one of the real people who fed into Coetzee’s invention of Elizabeth Costello.

Attwell is the perfect person to conduct this sort of study, to “read the life and the work of its subject … together” and to examine “the life of the writing” or the “life in the writing”. With Coetzee he produced Doubling the Point, the first collection of Coetzee’s essays and academic work, interviewing Coetzee on his intellectual development – and relating that to his ongoing fiction writing – as a way to link the pieces and provide some context. He also wrote what probably remains the best single study of Coetzee’s first six novels.

If asked when he started writing, Coetzee would give the date of January 1 1970. This, as Attwell notes, is a “myth of origin”, not so much the date on which Coetzee really began to write but the marker of “a resolve that has stood firm”.

It’s rather touching, and will be comforting to any aspiring novelists, to read this sidelong note from Coetzee: “Every morning since 1 Jan 1970 I have sat down to write. I HATE it.”