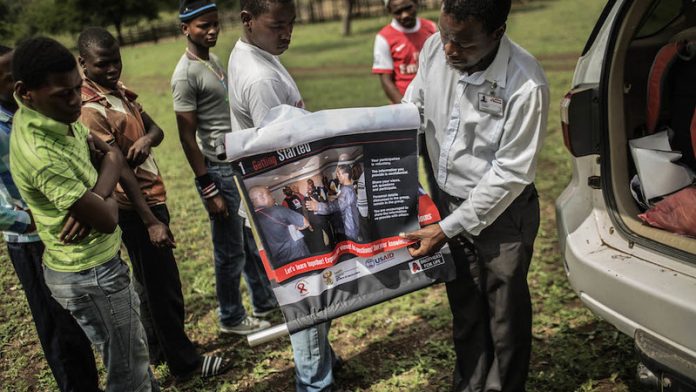 This article is not an attempt to create controversy or challenge medical research. Rather, its objective is to promote dialogue about the marketing of circumcision as a preventative measure against HIV infection in men.

“Circumcision offers a lifetime of benefits, including better hygiene, reduced risk of sexually transmitted infections and HIV,” says the KwaZulu-Natal department of health. But I am sceptical.

My interest in this topic was sparked by seeing the highly praised and much-promoted advertisements for male circumcision on billboards, TV and radio. I am not a medical researcher or expert; I am a citizen who is curious – and concerned. Perhaps more dialogue on this topic could help promote social engagement and possibly also produce some helpful knowledge.

My concern is based on how strongly male circumcision has recently been promoted in South Africa as the way to decrease HIV infection in men. What impact might it have on the nation? This is a matter of concern if we take into consideration the fact that the promotion of circumcision is based on seemingly nonspecific and noncontextual social research by the World Health Organisation that has been challenged and is still being criticised by medical researchers.

Does any man remember being tested for HIV and also being checked to see whether he is circumcised? Was there ever a time that researchers went to traditional initiation schools to do collaborative research on this matter?

This marketing of male circumcision, which seems to be financed at least in part by the government, is today’s fashionable intervention against HIV and Aids. It has pushed other means of prevention, such as abstinence and the use of condoms, into the background.

Admittedly, the promoters of circumcision don’t say that it prevents HIV infection entirely; they say that it “prevents and helps minimise the chances of contracting HIV”. But, to a not-so-well-versed majority of South African males who prefer “skin-on-skin”, it will mean the same thing.

This is worrying: the idea of there being less of a chance of infection if one is circumcised could be like a “mustard seed” that is planted in the minds of black men. This, in turn, will make abstinence and protection by using condoms look like a thing of the past. Indeed, it seems that at the moment there are increasing bookings by men into clinics and hospitals to get “snipped” – while full condom containers now appear to be collecting dust.

That even Zulus are in this convoy is an impressive feat, given that, historically, King Shaka Zulu banned circumcision as an initiation ritual.

The promotion of circumcision could be directly or indirectly promoting more unprotected sex because it is claimed to reduce risk. Perhaps this is not being done intentionally but, if it is, then it is manslaughter.

Tlou H Marokane is a scholar with interests in artistic, sociopolitical, psychological and philosophical matters