G7 to phase out fossil fuels 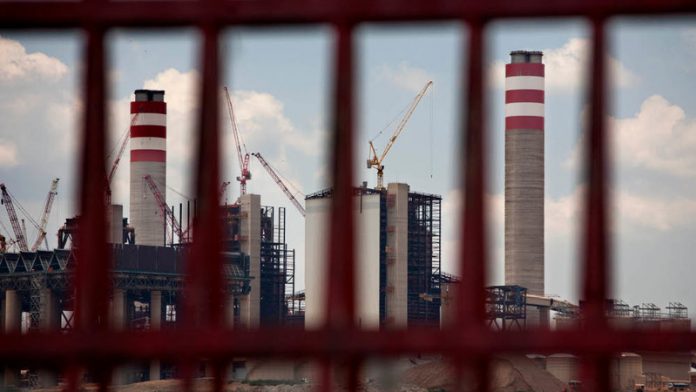 If business as usual continues, the world will warm by an average of up to 6°C this century, according to the United Nations’ climate unit. In a report released last year, it said this change would be “severe, pervasive and irreversible” and lead to the large-scale collapse of ecosystems. It placed the blame for this squarely on the burning of fossil fuels by humans, or anthropogenic global warming.

To avoid this, world governments have been gathering for the last 21 years in an attempt to create an agreement that would force every country to lower their carbon emissions. Most of these emissions come from coal-fired power stations, heavy industry and from chopping down large swathes of natural forests.

No global agreement has been signed to date. But an agreement should be signed this year, when countries meet at COP21 in Paris. Thanks to work done at COP17 in Durban, the Durban Platform for Enhanced Action says an agreement must be signed in 2015 and come into force in 2020.

At the heart of this process is the symbolic target of lowering carbon emissions enough that average global temperatures do not increase by more than 2°C. In South Africa temperatures have already increased by 0.8°C, which has shifted rainfall patterns and led to unpredictable rain and drought cycles.

COP20 in Lima in 2014 agreed that before COP21, each country would submit its plan for lowering carbon emissions and adapting to climate change, known as Intended Nationally Determined Contributions.

But on Monday a report by the Grantham Research Institute on Climate Change and the Environment found that if every government implemented the plans it had in place, there would only be a 75% reduction in the emissions required to keep temperature increases below 2°C.

It said, “While collectively these pledges are unlikely to be consistent with the international goal of avoiding global warming of more than 2°C, the existence of national legislation and policies should provide the opportunity for countries to strengthen the ambition of their emission cuts.”

Christina Figueres, the executive secretary of the UN Framework Con­vention on Climate Change, said last month that 37 countries had submitted their plans and it seemed likely that these would not be ambitious enough to keep temperature increases below 2°C.

South Africa will submit its intended contribution later in the year. But it has already committed to lower its carbon emissions by 42% by 2025 – provided there is technical and financial assistance from developed countries.

Several other large polluters have agreed to voluntary reductions. In November the United States and China – two countries traditionally loathe to sign agreements on climate change – announced that they would both lower their greenhouse gas emissions. The US said it would lower its emissions by 28% by 2025, with China capping its emissions by 2030.

A report released by the London School of Economics on Monday said China would probably meet this goal five years ahead of schedule. The authors said this would stimulate the global market for renewable technology – with the world’s largest polluter shifting towards a renewable economy – and dampen the market for fossil fuels.

And it was in this atmosphere that the G7 gathering in the Bavarian Alps released a statement saying, “Urgent and concrete action is needed to address climate change.”

Under the heading of “climate change, energy and environment”, the grouping of the world’s seven largest economies said there needed to be a 40% to 70% reduction in greenhouse gas emissions by 2050. After that, world economies should aim to be completely free of fossil fuels by the end of the century, the statement said.

“This should enable all countries to follow a low-carbon and resilient development pathway in line with the global goal to hold the increase in global average temperature below 2°C.”

The announcement is significant as it includes Canada and Japan, two countries which have recently worked against any global agreement to lower carbon emissions.

The text also called on all countries to submit ambitious Intended Nationally Determined Contributions well before COP21 in November. To help developing countries lower their emissions and adapt to climate change, the statement said the G7 “reaffirms our strong commitment to the Copenhagen Accord to mobilize jointly $100-billion a year from 2020”. These funds would then go to developing countries through the Green Climate Fund, which will start operating later this year.

The draft text for the Paris agreement still runs to 86 pages, with thousands of square brackets (indicating disagreement) and dozens of options for how strong the agreement should be. The scope of its ambition depends on political compromise at the November meeting. But it now has the momentum behind the process to ensure an agreement will be signed.