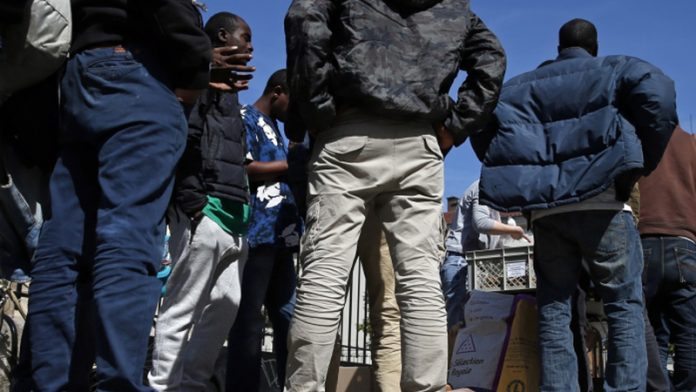 The year-long United Nations report says the abuses by the Eritrean government were on a “scope and scale seldom witnessed elsewhere”.

The UN commission of inquiry on the human rights situation in Eritrea also found the government was responsible for forcing hundreds of thousands of Eritreans to flee their country, and detailed extrajudicial killings, widespread torture, sexual slavery and enforced child labour, according to the report released on Monday.

The UN probe named the main perpetrators of the violations as the Eritrean Defence Forces, in particular the Eritrean army, the National Security Office and the country’s police force.

The ministries of information, justice and defence were also accused in the report, in addition to the People’s Front for Democracy and Justice (PFDJ) party and President Isaias Afwerki.

Its wide-ranging 484-page report details how the country, under Afwerki’s government for the past 22 years, had created a repressive system in which people were routinely arrested at whim, detained, tortured, killed or went missing.

“It is not law that rules Eritreans – but fear,” the report said.

A system of indefinite conscription of all Eritreans forced many to toil in slave-like conditions in the military and other state jobs, sometimes for decades.

Sexual violence against women and girls was also “widespread and indeed notorious in military training camps,” the report said.

“The commission finds that systematic, widespread and gross human rights violations have been and are being committed in Eritrea under the authority of the government,” the report said, adding that some of the abuses “may constitute crimes against humanity”.

Scope ‘seldom witnessed’
The three-member commission, which included the UN’s top expert on the rights situation in Eritrea, Sheila Keetharuth, said in a statement that the violations in the country were occurring on a “scope and scale seldom witnessed elsewhere”.

The situation has sparked a massive exodus from Eritrea, which was the second largest source of migrants after Syria who were risking their lives to cross the Mediterranean to get to Europe.

“Faced with a seemingly hopeless situation they feel powerless to change, hundreds of thousands of Eritreans are fleeing their country,” the report said.

In mid-2014, the UN refugee agency counted nearly 360 000 refugees worldwide from Eritrea, which broke away from Ethiopia in 1991 after a brutal 30-year independence struggle.

“In desperation, they resort to deadly escape routes through deserts and neighbouring war-torn countries and across dangerous seas in search of safety,” the report said, adding that fleeing Eritreans “risk capture, torture and death at the hands of ruthless human traffickers”.

The investigators urged the international community to welcome fleeing Eritreans, offer them protection and make their migration routes safer and, above all, not send them “back to danger”.

They described a society of mass-surveillance, where neighbours and family members were drafted to inform on each other, and where people could be held for years in horrific conditions without ever knowing what crime they committed.

The report found the existence of such a pervasive control system generated a general climate of fear and mistrust in communities and even within families. A practice of punishing family members for the behaviour of a relative also violated international standards.

It also reported that the government systematically silenced anyone perceived as criticising it or its policies. The government also tortured followers of non-authorised religious denominations and violated due processes of law.

The report also said that what was meant to be the supreme law of the country, the Constitution of 1997, had never been implemented. The National Assembly stopped convening in 2002 and laws were just passed by government decree.

The probe was ordered by the UN Human Rights Council a year ago and the investigators will present their findings to the body on June 23.