Our cultures should interact, not just coexist 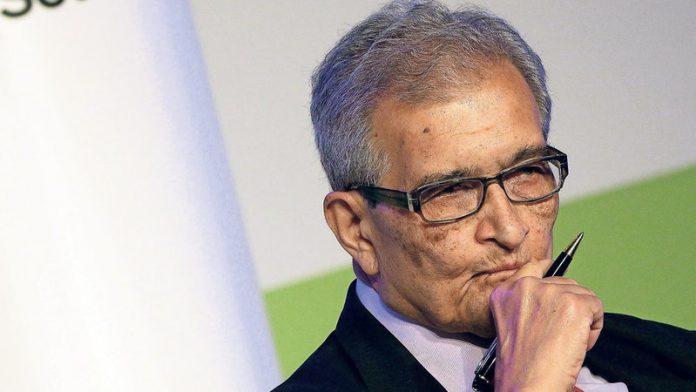 Rocking the boat: ‘The vocal defence of multiculturalism that we frequently hear these days is very often nothing more than a plea for plural monoculturalism,’ Amartya Sen writes. Photo: Matthew Lloyd/Getty Images

Ideas about which language to use as the medium of instruction remain contested around the world in education and politics, especially in countries described as multicultural.

In China, bilingual policies are meant to promote the state and community languages in multilingual regions. The interpretation of such policies influences the survival of indigenous ­languages and also the ability of communities to gain access to higher education and economic and social mobility.

In Yunnan, which has great linguistic diversity, the state adopted bilingual policies in which Mandarin was paired with English in secondary schools, but the local languages were used in primary schools.

Sociolinguist Catherine Snow has demonstrated that whereas Mandarin is ­now perceived as a threat to regional languages English has come to be associated with opportunities for mobility.

The challenges for indigenous languages are many, not least the phenomenon of 21st-century urbanisation – in which the languages of the regions come together, making the use of a lingua franca inevitable.

These dilemmas echo those leading to the Soweto uprising of 1976, which was targeted against another policy of compulsory bilingualism. In this context, the state’s insistence on mother-tongue education was paradoxically regarded as reinforcing race exclusivity.

The transition to compulsory Afrikaans together with the compulsory use of the mother tongue provided circumstances in which English seemed to be a the state by South Africans resisting apartheid.

In the new South Africa these competing needs (or dilemmas) are framed by the Constitution in terms of rights to education in the mother tongue. Though the Language in Education Policy of 1997 and the Language in Higher Education Policy of 2002 promote indigenous languages (including English and Afrikaans), neither policy allows for the preservation of languages in ­isolation from the transformation ideals of the Constitution, in which multiculturalism is key.

When, for example, a school chooses isiZulu or Afrikaans as mediums of instruction, people may be excluded on the basis of both language and other variables (such as race).

In the case of Afrikaans, this restriction privileges white Afrikaans-speakers as, by default, a “majority” of speakers in many schools; language rights win, but multiculturalism loses.

A rights-based discourse leads private education groups such as Curro to consider it desirable to “stream” children according to language preference. Except, of course, such streaming is race-based, by default.

When Nobel laureate Amartya Sen considered whether multiculturalism had succeeded in the United Kingdom following generations of postcolonial migrant settlement, he asked: “Does the existence of a diversity of cultures, which might pass each other like ships in the night, count as a successful case of multiculturalism?”

His question is relevant in South Africa, not only in terms of language and culture, but also in terms of issues such as xenophobia or equally shocking cases of corrective rape and gender violence.

Language and culture are often seen as contiguous. Objecting to the use of Afrikaans as a language of instruction in schools and universities might be viewed as opposition to race integration and the notion of what it means to belong together to a new South Africa.

The basis for that refusal might be framed in terms of protecting mother-tongue education, but language protection and race exclusion run too closely together. Because racial integration is a touchstone for postapartheid South Africa, its perceived refusal, on the basis of language, ethnicity or religion, evokes powerful emotions.

Sen writes: “The vocal defence of multiculturalism that we frequently hear these days is very often nothing more than a plea for plural monoculturalism.”

What role does ­multilingualism play in the creation of plural monolingualism or multiculturalism? University language policies must be considered in terms of the extent to which they promote transformation goals (racial integration, nonsexism, nonracism and multiculturalism).

Staff and ­students “choose” the language advertised as the medium on a campus and, where necessary, there are options to have it interpreted into another language, or to attend a parallel lecture in that language.

In the first instance, interpreting in the “primary” language stops short of developing indigenous languages as languages for higher education. In the second instance, offering a parallel lecture in another language closes down opportunities for intercultural understanding and integration. Both “options” make engaging with diversity difficult.

Universities have a mandate to develop indigenous languages, but to adopt any language as a lingua franca (at least in terms of teaching and learning) might mean that a university becomes a narrowly regional or vapidly national institution.

English, a minority language, is currently the lingua franca of choice, but it cannot function as a way to people.

Thus all groups are required to contribute to the notion of what South Africanness must mean, from the perspectives of their differences and similarities: in other words, from the perspective of diversity. Universities should lead debates about questions of renewal, rejuvenation and transformation.

There are alternatives to functionally multilingual practices in institutions such as Rhodes University and the University of KwaZulu-Natal, where some provision exists for the promotion of additive bilingualism (in which indigenous languages are compulsory and specific requirements for some professions). Though these are nascent examples, they do represent new-generational thinking: away from one language, one culture or one language, one university.

Integration has to be planned, supported and lived if diversity is not to be simply about “tolerance”.

Then there are the monolingual institutions where no indigenous language is promoted, taught or otherwise used officially.

Here, students do not self-divide along racial or linguistic lines (Walter Sisulu University is an example) because almost all students are black anyway.

Yet, even here, the “choice” of one language does not attract diversity in which race and language have to be recognised.

This latter context is close to Sen’s notion of plural monoculturalism and the University of Zululand might exemplify this: the dominant language of the community is isiZulu but the language of the university is mostly English. All students and teachers are compelled to find expression through English.

Such places may foster a strong local nationalism, but in the absence of any recognition (intellectual as well as social) or engagement with diversity, such institutions struggle to appeal to anyone other than an already dominant group. Unsurprisingly, debates about what diversity means are difficult to get going and hard for people to get excited about.

Finally, some linguists suggest that languages must be associated with institutions to retain “higher-order” purposes, culturally and linguistically.

In South Africa, the Federation of Afrikaner Cultural Organisations and the Afrikaans Language and Culture Association are examples of bodies that promote and develop Afrikaans successfully without an institutional base at any one university.

The historical privileging of Afrikaans and English requires that other languages be developed, too, and that universities commit to developing indigenous languages because it is there that academic expertise can be grown – but, more than this, so as also to recognise, through multilingualism, the need to engage with a South African multiculturalism.

Robert Balfour is dean of education sciences at North-West University