All aboard the Soul Train 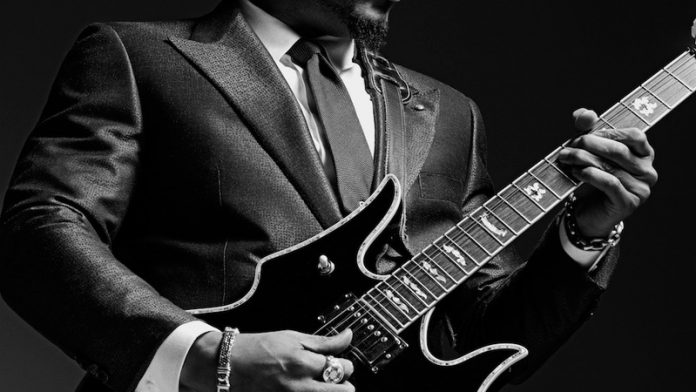 “Wat ’n gekerm waarna ons moet luister – asseblief man! [What a whining we have to listen to – please man!]” read one SMS to the feedback line of the pleasantly progressive Afrikaans public-service radio station, Radio Sonder Grense (RSG). It was during the last programme of a 13-week series on soul music, Die Soul Trein, which I presented on RSG’s Monday night specialist music slot.

Named after Soul Train, the famous series syndicated on United States TV from 1971 until 2006, I played mainly classic soul and funk from the genre’s golden era of the 1960s and 1970s.

Fortunately most other SMSes to RSG were quite flattering and came from a wide range of listeners. It indicated that soul – the rich style of music that metamorphosed in the 1950s and 1960s from R&B, gospel and jazz – is still popular even in 2015.

The fact that I could, with no difficulty, play at least one contemporary track in the 50-minute-long weekly programme told me the future of soul was bright and stylistically diverse.

There are broadly four directions soul is taking these days:

Classic soul
Charles Bradley (74) grew up rough on Brooklyn’s streets. When work was scarce as a chef, he performed as a James Brown impersonator. It was at one such performance that Gabriel Roth, co-founder of Daptone Records, discovered him. The label released his brilliant, gritty debut in 2011 and the subsequent ­Victim of Love.

Daptone has been a pioneer in keeping the retro-soul flame alive, with other mature artists such as Sharon Jones and Lee Fields following authentically in the tracks of conscious-soul superstars such as Curtis Mayfield, Aretha Franklin, Marvin Gaye and Otis Redding.

Classic soul is at an apex again with releases by new soul artists such as Leon Bridges (see “The Future of Soul is here”), Curtis Harding and Alabama Shakes, who are in a similar groove to Amy Winehouse and Duffy, who introduced accessible soul to new generations four, five years ago.

Then there is also D’Angelo, who incorporates funk, R&B and rock – and innovative studio trickery – to sound fresh and unpredictable. Still, his music can be traced back to the roots of raw soul.

Soul sampled
Soul is probably the most sampled genre of all time, including by such major hip-hop and R&B stars as Beyoncé and Kanye West. Sampling keeps soul alive by hopefully making new listeners interested in the source material.

It also pops up in electronic dance music. Fêted DJ/producer Hudson Mohawke, for example, electronically manipulated an obscure 1970s soul track by DJ Rogers, Watch Out for the Riders, which morphed into Ryderz on his brand-new album, Lantern.

Hyphenated soul
Soul also gets rejuvenated by hybrids with other genres: the list of artists and styles is endless, but the best place to hear funk-soul, jazz-soul, Afro-soul, disco-soul and all sorts of other hyphenated versions is on British DJ and tastemaker Gilles Peterson’s magnificent must-listen radio show on BBC 6 Music every Saturday afternoon, or online afterwards.

Underground/blended/experimental soul
This genre is related to “hyphenated-soul”: its soul-ness is just wider, more unpredictable, blended, merged and sometimes unintentional.

Take early 1990s’ trip-hop as described by allmusic.com as example: “Trip-hop was coined by the English music press in an attempt to characterise a new style of downtempo, jazz-, funk- and soul-inflected experimental breakbeat music …”

These blends are still dominant in today’s dance and electronic music – soul’s roots show, but it has been so permissively coloured, interwoven, assimilated and usurped by other styles and genres that you can only say with certainty that soul is a forebear of sorts.

A good example is this year’s appropriately titled release, In Colour, by British musician Jamie xx. It is a broad musical umbrella, reflecting his interpretations of a myriad British dance styles, many of which were once spawned or influenced by soul or its offspring, disco, or grandchild, house.

There are also a number of experimental risk-takers who use elements of soul in their sound, many incorporating adventurous jazz – Thundercat, Nosaj Thing, Flying Lotus, Fatima and Taylor McFerrin are all worth investigating.

The risk with definitions is semantic entanglement – the best is just to listen, dance and celebrate that soul, in all its incarnations, is still with us.

Charles Leonard
Charles Leonard is a journalist, editor, broadcaster, DJ and record collector. For more than 30 years, he has edited and written for a variety of South African publications and broadcasters, including the Mail & Guardian, Business Day, SABC, Vrye Weekblad and the Sunday Times, as well as Channel Four News in the UK.
Facebook
Twitter
WhatsApp
Linkedin
Email
Telegram

There are many positives about the festival, but the organisers need to step up when it comes to, well, the organisation of the event itself
Read more
World

The aunty we all never had

Aretha Franklin was special, but in Detroit she was a family member who never abandoned them
Read more
Friday