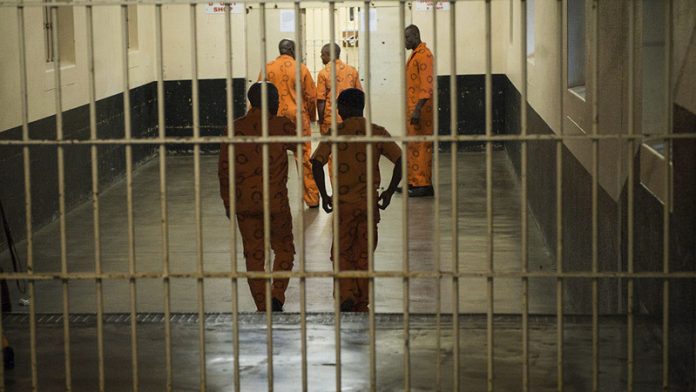 Those complaints emanated from South Africa’s prison population of 154?648 and took place in the 2013-2014 financial year.

The United Nations, through its commission on crime prevention and criminal justice, aims to tackle appalling human rights abuse in jails around the globe. On May 22 it adopted new standards on treatment for prisoners, which have not been updated in more than 60 years, known as the Mandela Rules. It is expected the UN general assembly will adopt the rules later this year.

The Mandela Rules — named for Nelson Mandela’s standpoint on human dignity — is not a rule of law that can be enforced. Instead, explains Amnesty International’s legal adviser, Dr Yuval Ginbar, the new standards are more of a voluntary moral code, which he hopes will be widely adopted to put an end to the abuse of prisoners.

The amendment to the standard minimum rules for the treatment of prisoners specifies exactly what care prisoners should get and covers aspects such as health, diet and exercise. The new rules have an expanded section of basic principles, including the prohibition of torture and other cruel, inhuman or degrading treatment or punishment.

Also, healthcare staff’s independence is assured and restrictions are placed on disciplinary measures, including the prohibition of solitary confinement beyond 15 days.

Clear, detailed instructions are provided on issues such as cell and body searches, registration and record-keeping, investigations into deaths and complaints of torture, the needs of specific groups, independent inspections of prisons, the right to legal representation and more.

Ginbar said the new standards, which will hopefully be adopted by the UN in December, “will not be a panacea and the old standard is far from being universally implemented … [Yet] the fact that rights are denied does not mean people don’t have them, or that they should not be declared and elaborated”.

Responding to criticism that such a standard is a nice-to-have but does not translate into widespread change in policy or action by some of the countries accused of the worst human rights abuses, Ginbar argues this only means that there is a need to work harder, in the legal, policy and practical fields, to ensure they are respected and implemented.

“I understand that for some it sounds like an exercise in futility in view of the dire facts on the ground, but if you don’t have a clear picture of what is the right way to treat prisoners, how can you point to, or change, what is wrong?”

Neetu Chetty, a programme manager for law at KwaZulu-Natal Varsity College, notes the “continued reports of torture and assault on prisoners in South African prisons necessitate the application of the Mandela Rules on prison management, conditions of imprisonment and the treatment of prisoners”.

Chetty adds that the past two years have seen the department of correctional services accused of gross violations of prisoners’ human rights, reminiscent of scenes from the film The Shawshank Redemption.

“The mass assault and torture of inmates in St Albans Prison and Mangaung Prison are painful reminders that gross violations of human rights continue in South African prisons, even after the apartheid era,” she says.

Even if the Mandela Rules are not binding, Chetty hopes they will create an ethical, conscious paradigm shift in policymakers’ minds and meaningful penal reform.

“Whether or not the Mandela Rules will have a massive global impact remains to be seen. The success of its application in respective countries would depend on the success of its implementation at grassroots level, that is prison officials.”

Lawyer Marius Coetzer, who has been involved in petitioning the courts for better care for prisoners, has welcomed the new rules, which have been in a process of transformation since the 1980s. Work in amending the rules started in earnest in Cape Town a decade ago.

Coetzer says the amendments are necessary  because the current rules are out of touch with society’s perception of what humane and just treatment is.  “International pressure on China and North Korea would be brought to bear by human rights organisations and the UN, and international treaties.”

Chetty adds the rules present an opportunity for governments to improve imprisonment’s standards and conditions, preserving and protecting the dignity of prisoners and setting a global minimum standard for prisoners’ humane confinement.

But, says Chetty, the differing geographical location, legal systems and diverse socioeconomic conditions means the rules cannot be applied to all countries at the same time.

Coetzer says the new rules will have to be monitored to be effective and of any value.

“Of course, prisoners can also play an important part in the monitoring process, as well as human rights organisations.”

Once the rules are adopted, they will become key criteria in monitoring the implementation of the optional protocol to the convention against torture, says Ginbar.

In the words of Mandela: “No one truly knows a nation until one has been inside its jails. A nation should not be judged by how it treats its highest citizens, but its lowest ones.”