Dilemmas of the two-piece 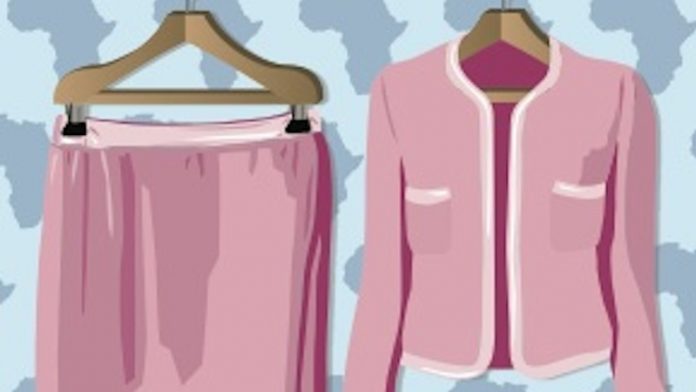 A few weeks ago, on a Friday morning, I had to wake up at the kind of hour many a long-distance South African commuter usually leaves for work. It wasn’t a work day, but a day to eat joy. I drove from Johannesburg to Nelspruit for my cousin’s graduation. If you’ve never had to drive east at sunrise, you’ve had a sunny life.

My cousin was due to graduate from Mpumalanga Nursing College. This was the culmination of her four years of partying, late-night studying, dressing patients and food rationing. I found out at the ceremony there are different nursing study streams.

Apparently the college’s stars do the midwifery stream. The top student in this year’s midwifery stream was a man. Surprising, because statisticians would have us believe it unlikely that one of five men would edge out all the 200-plus graduating female nurses. Ordinarily the ancestors of probability would not sanction such an anomaly. Perhaps we are dealing with a black swan here: a very attentive man in matters relating to the business of midwifery.

But, overall, it makes absolute sense that the college’s stars be in midwifery. After all, you are dealing with sensitive matters there. To bring life into this world, you need expertise. You don’t just wake up one day and say: I also want to do it. You want to do it? What exactly do you want to do? Present your qualification first, we don’t want mafundane (novices) here. People fail to rise to the standard; next thing, they give a bad name to all other qualified practitioners.

It was this new knowledge that my cousin was being admitted into the ranks of the nursing elite that made the graduation extra-special.

I became restless during the ceremony. I scanned the room and marvelled at my people. The men were kitted out in oversized suit jackets, matching pants and black economic empowerment shirts. You know – shirts with collars so thick you can’t pivot your head on your neck, but have to turn your whole body.

I often wonder whether there is more than aesthetic sense to that collar. That is, whether there is a functional value to its size. Perhaps it doubles as a screen for those layers of fat behind the head? I wouldn’t be surprised. Those BEE types are clever – they know how to hide the fat.

And the women: oh, our beloved mothers and sisters did not shrink from the occasion either. They had brought out the trusted two-piece, the shiny pantyhose and weave. The two-piece for black women is like porcelain crockery in the room-divider: it is only brought out for serious guests and special occasions. Still, as a people, we must thank Spandex for liberating our sisters from the onderrok (petticoat). Proof, if needed, that freedom in our lifetimes is possible.

Amid all this amusement, one thing kept tugging at me: Why had nobody worn African clothes? Rather, everyone was resplendent in only suits and two-pieces. By African clothes, I mean items that have been imported from overseas but have come to represent the African cultural aesthetic – items such as the shweshwe cloth, Pedi hemprok or Venda prints.

But why should we wear African clothes? The postmodernist would seduce us with the relativism that there is no single way to be, founded on the belief that everything is socially constructed. Oh, the irony of everyone in a two-piece! The postmodernist would point out this idea of African clothes is constructed, and thus has no intrinsic value beyond the choices people make. She would appeal to her cousin, existentialism, and say that everyone has freedom to make of life as the freedom of their individuality wills them to.

Sjoe! A double whammy: postmodernism on the social level and existentialism on the individual. Such an argument would collapse on itself, because postmodernism advocates a plurality beyond any superficial single way of being. Postmodernism brings to our attention how a system of power can create a dominant narrative about what it means to appear presentable, erudite and avant-garde.

This makes me wonder if people believe the two-piece can serve as a stand-in for South Africa’s structural illiteracy. It makes us seem educated – it’s a compensation mechanism.

But, much as postmodernism opens us up to true plurality of being, we must also admit wearing a two-piece does not automatically mean there is something you are compensating for. Sometimes it can just be that you prefer a two-piece. That is a complete reversal of the relativism of postmodernism and a firm assertion that the two-piece is a better outfit than a traditional outfit in your eyes.

Notwithstanding this truth, it is vital that, as South Africans, we interrogate which of our multiple selves we bring to which spaces and why. It should not be because we are insecure about who we are as a people.

Melo Magolego is a freelance writer