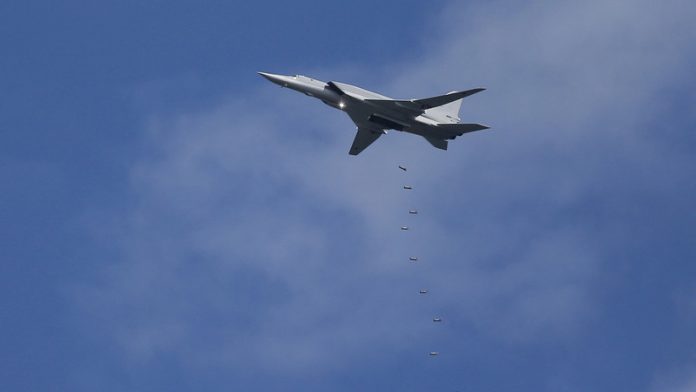 More than 5 700 air strikes have been launched in the air campaign against Isis, which nears its first anniversary this Saturday with its impact on civilians largely unknown.

Now Airwars, a project by a team of independent journalists, is publishing details of 52 strikes with what it believes are credible reports of at least 459 non-combatant deaths, including those of more than 100 children.

It says there is a “worrying gulf between public and coalition positions” on the campaign’s toll on civilians.

To date the US Central Command (Centcom), the lead force in the campaign, has published one official investigation – a report in May that found that two children were killed in a November 2014 strike in Syria.

The coalition’s lead commander, Lt Gen John Hesterman, has called the campaign “the most precise and disciplined in the history of aerial warfare”.

But Airwars project leader Chris Woods told the Guardian: “The emphasis on precision in our view hasn’t been borne out by facts on the ground.”

Since May Centcom has conducted investigations into three further strikes, which found claims of civilian deaths were “unfounded”.

One of the attacks investigated was on Fadhiliya, Iraq, on 4 April. When the Guardian investigated this strike in May, eyewitnesses and local politicians said a family of five had died, including a pregnant woman and an eight-year-old girl.

Centcom told Airwars it would only publish investigations with a “preponderance of evidence” of civilian deaths. It is understood to be examining six further incidents.

Sahr Muhamadally, from the Center for Civilians in Conflict, said: “All allegations of civilian harm, including from open sources, should be investigated by the coalition and processes should be in place to acknowledge and assist those harmed.”

International NGOs point out that coalition air strikes are significantly safer for civilians than those carried out by either the Assad regime or the Iraqi military.

However, over six months, Airwars examined 118 air strikes and identified 52 that Woods said “warrant urgent investigation”. Airwars believes there are strong indications of civilian deaths, according to multiple, reliable sources, from these attacks.

Airwars used international and local news reports in Arabic and English, social media postings including photos and videos, and the findings of monitoring groups on the ground. They cross-referenced these with coalition military reports.

The ongoing violence means that on-the-ground verification is all but impossible. But the conflict does not take place in an information vacuum: local people are often quick to post videos and photos on Twitter and YouTube, and to create martyrdom pages on Facebook.

In Syria, the long civil war has seen groups spring up to record atrocities of all kinds, who often funnel news to colleagues outside the country.

Making things more complicated, emotive footage or reports of civilian deaths are used for propaganda by all sides of the chaotic war. In three cases, Airwars found evidence that it believes disprove claims of civilian deaths, for example by unearthing online videos that show that supposed non-combatants were active Isis members.

But in many cases civilian deaths are well-documented. In some attacks, multiple sources suggest that scores of civilians may have been killed.

The bloodiest was a 3 June air strike on a suspected IED [improvised explosive device] factory and storage facility in Hawija, Iraq. Videos and photos posted online after the bombing show a landscape of destroyed buildings and mangled metal. Local people told al-Jazeera and Reuters that over 70 civilians were killed.

In a press briefing shortly after the strike, Hesterman said the coalition used a “fairly small weapon on a known IED building in an industrial area”, but that this had hit a “massive amount of Daesh [Isis] high explosives”.

He added: “If there are unintended injuries, that responsibility rests squarely on Daesh.”

Centcom has since announced a formal investigation after receiving “credible” evidence of civilian deaths.

In Syria, the worst incidents include a 28 December air strike on an Isis facility in Al Bab that was being used as a temporary prison. Reports gathered by Airwars found that at least 58 prisoners – many of whom were being held for petty infractions of Isis’ rules, such as buying cigarettes – were killed. Local activists claimed that the use of the building as a prison was well known.

The coalition did not acknowledge the attack for nearly two weeks, after which it conceded after repeated questions by news agency McClatchy that it had conducted the strike.

Centcom spokesman Lieutenant Commander Kyle Raines said the coalition takes great care to avoid civilian deaths. “We take all allegations of civilian casualties seriously, and we apply very rigorous standards in our targeting process to avoid or to minimise civilian casualties in the first place,” he said.

The UK is the second-most active participant in the coalition, having launched almost 250 strikes in Iraq.

As Britain’s MPs prepare to vote this autumn on expanding UK air strikes from Iraq to Syria, Labour MP Tom Watson called for thorough official investigations into claims of civilian deaths to allow an “informed debate” about the campaign. He added: “The UK should be leading in the tracking, reporting of and response to allegations of civilian casualties.”

Former international development secretary Andrew Mitchell told the Guardian he was in favour of expanding British strikes into Syria. “But if it’s our common objective to win hearts and minds and split off the terrorist thugs from the related population, then we have to acknowledge that killing innocent civilians acts as a significant recruiting sergeant for the terrorists,” he said.

Woods, from Airwars, said the US-led campaign’s focus on urban areas makes civilian deaths unavoidable, despite “significant efforts” to avoid them. “What we are seeing in Iraq and Syria is the coalition is bombing where Isis is, and that’s in the cities … Unsurprisingly, that’s where we are tracking the highest number of civilian casualties.” The Isis stronghold of Mosul, Iraq, alone accounts for 40% of all civilian casualty reports in Airwars’ data.

The sheer pace of the strikes adds to the risk to civilians. Raines, the Centcom spokesman, said that pre-planned missions make up approximately 10% of strikes.

The vast majority are on “emerging targets”. In these strikes the targeting process takes “anywhere from minutes to hours depending on collateral damage concerns, while maintaining careful consideration for each target to ensure we do our best to minimise civilian casualties and collateral damage,” Raines said.

Even the highest estimates of civilian deaths in international air strikes are dwarfed by numbers believed killed by Syrian regime barrel bombings and Iraqi government air strikes, and by armed groups including Isis and Jabhat al Nusra.

But Woods said Airwars’ findings suggest that the coalition’s narrative of virtually no civilian casualties may not be true. “You can’t have an air war of this intensity without civilians getting killed or injured, but they need to be more transparent,” he said.