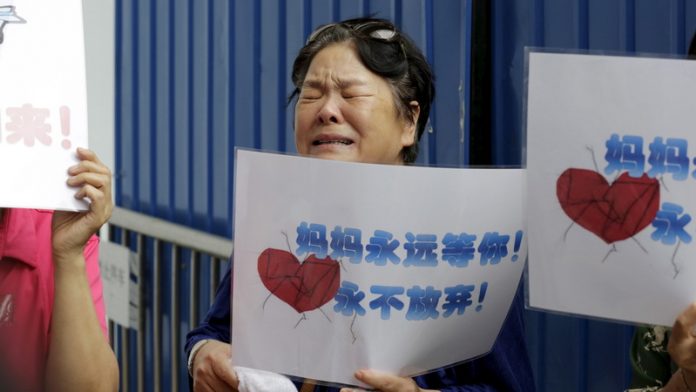 What do we know
Aviation investigators have confirmed that a fragment of an aircraft wing which was washed up last week on the Indian Ocean island of Réunion was from flight MH370, which disappeared on 8 March 2014 .

The wildest conspiracies aside, the part is the first physical evidence to confirm that flight MH370 came down somewhere in the Indian Ocean.

As the Malaysian prime minister Najib Razak, said, it should give “certainty” to the families of the 239 victims aboard , who were angered when Malaysia declared the missing presumed dead without having found any trace of the aircraft.

What were the investigators examining?
A two-metre piece of wreckage, which seemed to be part of an aircraft wing, was found last week by people cleaning up a beach on Réunion. The debris was identified as a flaperon – a moveable part on the wing’s trailing edge which can be lowered or raised to manage the lift and roll (bank) of the aircraft.

How did the investigators know it came from MH370?
According to the French prosecutor in Paris, the investigators’ conclusion remains only a “very strong presumption” based on Boeing’s confirmation that it was a 777, and “specific technical characteristics” communicated by the Malaysian Airlines engineers in Kuala Lumpur.

That seems to suggest no definitive serial numbers have been immediately found on the part, but it could potentially mean that some part of the maintenance regime over its years of service have left an identifying mark.

What does it mean for the search?
Some oceanographers claim the discovery could allow its path on ocean currents to be roughly retraced. One team from Imperial College suggested the fact that a piece landed on Réunion, off the east coast of Africa, could help eliminate the southern end of the focussed zone off western Australia where ships have been conducting a painstaking underwater search.

But others are less confident: and investigators would want to find more debris before shifting their assumptions dramatically. However, the discovery is consistent with the assumptions that have been made so far about the location of the wreckage, which should boost investigators.

What else could be learned from the flaperon?
Further tests will be carried out in the military laboratory in the French city of Toulouse, where the flaperon is being examined. Some experts are pessimistic that obvious explanations could be derived, based on the initial photographs taken on Réunion, but there remains a possibility that traces on the debris could point to whether the aircraft sustained any damage in flight, if there was any explosion or fire.

And the pattern of damage – even the location of the barnacles that have formed – may give some indication of the plane’s last moments. According to Philip Irving, professor of damage tolerance att Cranfield University: “If there is damage, so that it is twisted or bent, or part of it is missing, it might give an indication of the process by which it became detached from the aircraft; in turn that might suggest how the aircraft came to be in the sea. For example, a controlled ditching versus a high speed uncontrolled dive.”

What can that tell us?
Assuming the most likely outcome, given the hours of flight since the last recorded movement – a crash landing on water – investigators may be able to divine the angle at which MH370 struck. But that knowledge wouldn’t necessarily prove much more, experts say.

Tony Cable, an ex-Air Accident Investigation Bureau engineer, said the angle of impact of a plane when it finally runs out of fuel – as the satellite pings and the capacity of a Boeing 777 suggests MH370 would have eventually done – isn’t something that can be entirely predicted. Others suggest it could show if the plane entered the water at high speed – possibly suggesting if it was finally, deliberately crashed

Will this help investigators solve the mystery of flight MH370?
A high-speed impact could also help narrow the radius of search for the black box, if and when the site of entry in the water is eventually ascertained, as wreckage would be expected to remain nearer that location.

Investigators have little hope of discovering the ultimate cause of the demise of MH370 unless and until the black box is found. For now, whether the pilot was behind the tragedy, or there was some unprecedented act of terrorism, or an accident from a combination of circumstances: the substantive mystery of MH370 is not going to be unravelled from this part. But it’s the best lead investigators have.