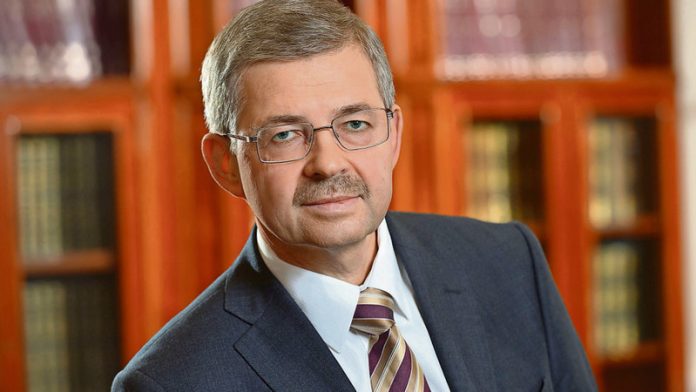 In his first stint as a top Russian central bank official in the early 1990s, Dmitry Tulin saw how flooding cheap credit to dying industrial giants delivered hyperinflation instead of growth.

Now back as the bank’s monetary chief, Tulin has argued internally for easier credit and more targeted lending to industry to revive an economy driven into recession by plunging oil prices and United States and European sanctions, say officials. They discussed internal bank deliberations on condition of anonymity.

Tulin isn’t pushing for a repeat of the failed Soviet-style policies of the early 1990s, but his challenge to the orthodox approach of his boss at the central bank, Governor Elvira Nabiullina, underscores tension facing Russia’s economic policymakers as they try to steady an economy battered by forces beyond their control.

“The external environment is very difficult: geopolitical tensions, sanctions, rising capital outflows, a sharp drop in economic activity, a strengthening of restrictive and regulatory moves by the authorities,” said Alexei Kudrin, a former finance minister. “Nabiullina, an advocate of traditional, market-based policies, is trying as best she can to maintain her balance in this very unstable situation.”

Though Russian officials say publicly the worst of the economic turmoil has passed, they say in private that the situation is fragile at best and the central bank’s $358-billion in reserves could be drained further if crude prices continue to drop.

Russia’s economy contracted 4.6% in the second quarter, its weakest performance since 2009. A renewed slide in oil prices dragged the rouble to a six-month low against the dollar, further limiting the central bank’s room for manoeuvre and raising the stakes for Tulin’s policy debate.

His arguments have already contributed to shifts, helping to drive the bank to cut interest rates quickly and beginning to rebuild its foreign exchange reserves, officials said.

Tulin advocates more assertive steps to manage the exchange rate, which lost about half its value against the dollar since the Ukraine crisis began last year. He has gone as far as questioning bank opposition to restricting international capital flows. He has argued lifting capital controls in 2006 was a mistake and reimposing some limits could be justified to steady the rouble, said officials familiar with his thinking.

So far, Nabiullina’s view that capital controls would do more harm than good remains policy. The officials said there’s no sign yet of open conflict between Nabiullina and Tulin. As monetary chief, he has emerged as her most influential deputy, officials said.

Still, his positions also reflect views widely held in the Kremlin and the government, where many back the kind of direct intervention in the economy that Russia hasn’t seen since the early 1990s, officials say.

The central bank has already pumped trillions of roubles into the economy as the slump deepened. In the first half, lending to banks averaged 5.4-trillion roubles a day – up 20% from the year before, according to official data.

Facing political pressure after the rouble’s plunge in December, when the currency dropped as much as 20% in a single day, Nabiullina brought Tulin on board in January. He was chosen to help placate critics who had accused the bank’s leadership of being out of touch, senior officials said. At the time, Nabiullina, a 51-year-old Putin appointee, praised him as “very responsible”.

In a March Interfax interview, Tulin called himself a “team player”.

He has argued in internal deliberations for targeting central bank support to specific sectors, including grain farming and gold mining, according to officials.

“If our financial system doesn’t turn its face toward material production, then our country won’t have a future,” Tulin said on April 23 in the Komsomolskaya Pravda.

But his calls for expanding a 100-billion-rouble programme for targeted cheap loans to manufacturers and farmers have run into opposition from Nabiullina. She has said the programme doesn’t work and shouldn’t grow, whereas Tulin has written letters to senior government ministers suggesting the bank could offer more money, according to officials.

“It’s an illusion to think that if we give everyone cheap loans, that will get the economy growing,” said Sergey Dubinin, who came in as central bank chairman about a year after Tulin left as deputy in 1994 and is now a board member at state bank VTB. “We went through that in 1992-1993, when we gave everyone loans and wound up with 1 000% inflation.” – © Bloomberg

South Africa was well-placed for the 2008 crisis. But R3.18-trillion debt and low growth hamper its ability to limit the economic effects of Covid-19
Read more
Analysis

The country needs an institute that will be a conduit for AI knowledge to industry, society and government
Read more
Advertising
Continue to the category
Politics