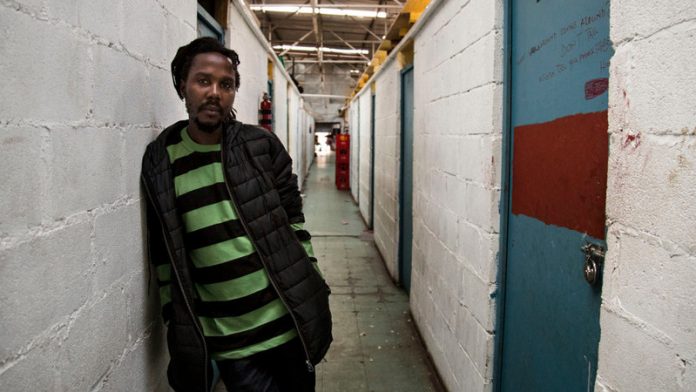 It is not a very likely place to find the cause of a potential diplomatic squabble, the makeshift bedroom in a kitchen stacked to the roof with cooldrink crates in one of the less affluent parts of Durban. Nor does journalist António Capalandanda, with his dreadlocks and soft, halting voice, seem the kind of figure who could cause trouble between nations.

But looks can be deceiving. At the end of September the government of South Africa is due to make a decision on Capalandanda’s fate, and that decision will cause ripples stretching from Luanda to Beijing.

The result will not be dramatic –perhaps a slight change in the temperature of the relationship between Angola and South Africa, a touch of frost or a little more warmth between China and South Africa.

The decision will not imperil vast flows of trade between Angola and South Africa on the one hand and China on the other, nor will it lead to any shifts of policy between the three countries. But it might serve to provide insight into how relationships between African countries are influenced by their respective relationships with China.

The story that promises such insight begins with a visit Capalandanda made to the Cuando Cubango province in southeastern Angola in October 2012, to report on an agricultural project.

About 90km from the city of Menongue, Capalandanda found a group of residents who had, they said, for many generations grazed their cattle on the grass across 15 000 hectares of land there. Then came the talk of rice paddies, followed by Chinese overseers, the threats to shoot trespassers, the hiring of teenagers for wages paid in part in cigarettes, plus word that all the rice to be grown would be for export and not for local consumption.

They had neither been consulted nor compensated, the people of the area told Capalandanda, and did not see how they would ever benefit when the jobs to be had were being done by Chinese workers they strongly suspected to be sentenced criminals sent to work the land in lieu of prison time.

The report Capalandanda filed for the Portuguese service of public broadcaster Voice of America was one of anger at dispossession, of the effect on real lives of economics and politics playing out at a global level, with strong overtones of one government in thrall to another.

It was political dynamite.

The issue was promptly taken up by Angolan opposition political party Unita. It pointed to the project as a clear example of neocolonialism in action, and made noises about Chinese investment being worse for the people of Angola than Portuguese settlement had ever been, to the considerable embarrassment of the government.

There may or may not be a link between Capalandanda’s report on a Chinese rice project in October 2012 and a strange assault and robbery he suffered in December 2012. It was definitely not the story of Chinese investment that saw Capalandanda flee Angola later in 2013; that was the result of being spotted undercover in a prison, interviewing a drug smuggler he believed could implicate a state prosecutor in the trade.

But it is the report on the rice project that Capalandanda believes will complicate his application for asylum in South Africa.

Fearing for his safety after some clear hints, Capalandanda turned to organisations such as the International Foundation for the Protection of Human Rights Defenders and the Committee to Protect Journalists, fleeing first to Ireland, then to Kenya and eventually moving between Tanzania, Mozambique and Namibia, marking time while “hoping that the situation in Angola were to normalise”.

In March this year he returned to Angola for the first time, hoping that enough water had passed under various bridges for him to go back to reporting. Although he no longer seemed to have a target painted on his back as such, things had not yet returned to normal.

“I could not resume my work and could not talk to people critical [of] the Angolan regime, as a measure of security,” Capalandanda says.

More than a little frustrated, Capalandanda came to South Africa in April for what was to be a three-month stay for a course to improve his broken English. While he was still in Cape Town, the handcuffs came out in Luanda.

“On June 16 [reports] confirmed the rumours about the possibility of the Angolan government deliver[ing] to the Chinese thousands of hectares of land [occupied by] Angolan farmers in exchange for Chinese financing,” Capalandanda says. “On [June 20] human rights activists and journalists [were] imprisoned in Angola, accused of [planning] a coup.”

Capalandanda did not need much time to ponder the implications. He started what would turn out to be a difficult process of applying for asylum in South Africa shortly after.

“In Angola, anything is possible. It is sometimes worse than apartheid. I had problems already with my investigations into China and Angola, and people angry because of the land. If I go back, if I do this work, I don’t know, maybe jail, maybe I die.”

Whether Capalandanda would be a target is likely to be debated in the process of evaluating his request for asylum. That the government of Angola has cracked down hard on dissent rooted in its relationship with China is not up for debate.

In the greater scheme of things, Angola is not all that important to China. Even limiting the scope to Africa, Angola comes in at only the number eight spot for Chinese investment.

From the Angolan perspective, however, things are rather different. By one estimate, trade with China is just about equal to the combination of all of Angola’s trade with its next 10 biggest partners.

By another estimate, China has lent Angola about $27-billion since the civil war there ended in 2002. For much of that time oil was priced at levels that seem ludicrously high in the current environment, and Angola’s estimated oil reserves continued to climb while China’s economic expansion gave it a voracious appetite for oil.

When oil prices plummeted at the end of 2014, Angola was left with a major budget conundrum and China was left with considerably reduced prospects of seeing its loans repaid. The only possible outcome, many Angolans already suspicious of their government believed, would be the wholesale transfer of Angolan land to Chinese control.

“We think, we know they will take all the farms where the people are, and that will become China,” says Capalandanda. “That is what those people were protesting; that is what they were arrested for.”

In the immediate aftermath of Angolan President José Eduardo dos Santos visiting China in June, police became notably more visible on the streets of Luanda. The government’s apparent expectation of protest only heightened suspicions that there would be reason for protest, feeding an escalation that culminated in the June 20 arrests.

Angola and China both describe such suspicions as ludicrous. They insist that land under Chinese use for agricultural projects remains owned by the Angolan government, while everything produced on such land goes straight to the government of Angola – with the whole system geared towards economic development in Angola and prosperity for its citizens.

What those citizens actually see, however, is what by some estimates may top 300 000 Chinese migrant workers in Angola already – and still growing – in a country with a population of 24.3-million. And what they remember are reports such as the one Capalandanda filed from Menongue in 2012.

South Africa does not have quite the same relationship with China that Angola does; it takes only the combination of five of South Africa’s next big trading partners to equal its annual trade with China, not 10.

But the relationship was apparently important enough to sway immigration decision to deny Tibet’s Dalai Lama an entry visa for South Africa in September 2014, for the third time in five years.

When Capalandanda first tried to apply for asylum in Durban, where he shares a room with two Malawian migrants when he is not hunkered down at the local internet café or in church, he did not even make it as far as the paperwork. Angolans, previously accepted in light of the civil war in that country, have not qualified as refugees since May 2013, he was told. It took a stern letter from Lawyers for Human Rights to secure him a temporary permit as an asylum seeker.

The permit expires on September 30 and South Africa has to make a decision about Capalandanda, if only to extend his temporary permit. Does it court the displeasure of Luanda and, more importantly, Beijing by giving Capalandanda a fresh start in this country, with the tacit acknowledgment that there is trouble in Angola because of China?

Capalandanda, while happily admitting his conflict of interest, believes the decision will be telling.

“This is a test for your democracy in South Africa. China, I think, has influence here with you. Maybe that influence can be used to protect some dictators like [those in] Angola. I will see.”