Access to the law is key to Africa’s future 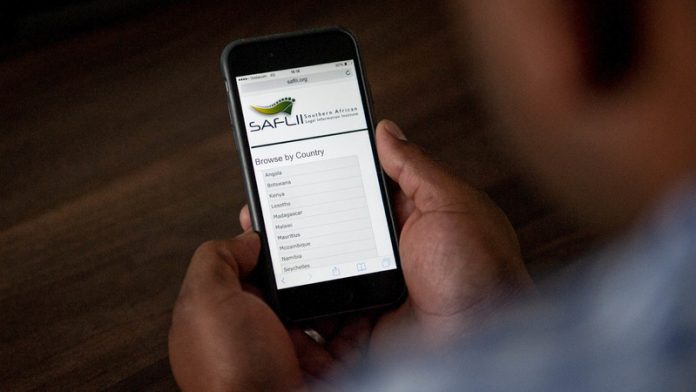 Access to law is important to civil society, to the rule of law and to the economic life of everyone, but law is hard to access in Africa.

The reasons vary from place to place. In some, there has never been a timely way of publishing judicial opinions, legislation and policy documents. In others, access is late in coming or prohibitively expensive.

Real cases illustrate the problem of access to law: the rule of law in common-law jurisdictions rests on precedents, and precedents are often unavailable in their original form. In Masangano vs Attorney General and Others, an important Malawi prisoners’ rights case decided in 2009, the court refers to a landmark case (Moyo) decided earlier the same year in the same division.

But the Moyo judgment was never published — public law reporting in Malawi stopped years ago and, at the time, the electronic reporting of judgments was in its infancy.

Judge Rezine Mzikamanda resorted to an unorthodox method of supporting his judicial reasoning: he referred to the Southern Africa Litigation Centre’s (SAFLII) blog as a source of information on the Moyo judgment. Happily, the report was accurate, even though the centre was reporting on its role as an advocate and not the reasoning of the court.

But even a story with a happy ending shows that adjudication can be compromised and diminished by an absence of credible law reporting. Judges, lawyers, the government and the public need comprehensive, accurate sources of primary legal materials if there is to be meaningful rule of law.

The effort to provide free access to law via the internet began with the establishment of the Legal Information Institute at the Cornell Law School in 1992. Many institutes have been established since, loosely organising under the banner of the Free Access to Law Movement. The institutes are independent internet-based legal information providers, most often associated with an academic institution, and less frequently under the aegis of a court or independent trust.

Some, notably in Australia, Canada and Kenya, provide comprehensive access to all primary legal information in their countries, others are more research-oriented, or specialise more narrowly in the materials they provide.

In general, they have been successful in leading by example, directly and indirectly shaping positive action by the creators of legal information to open up primary sources to the public at no cost.

They exist under a variety of business and governance models, but it is fair to say that in recent years there has been increased emphasis on entrepreneurial models, sustainability and rigorous self-evaluation as part of the basic structure of LII operations.

The work of courts plays a large part in countries that base their legal systems on precedent. Legislatures, ministries and regulatory agencies affect civil society and economic life in every sector in every country. A review of the World Bank report on the ease of doing business in African countries compared with the availability of legal information in those African countries is striking.

Although existing LIIs in Africa provide access to case law from Southern, West and East Africa, legislation is still sparsely available for countries in this region.

Legislation is more difficult to collect and consolidate because of government policies and the lack of consolidated collections. Free electronic access to case law and legislation is largely unavailable from West, Central and North Africa.

South Africa has the most up-to-date commercially published law reports as a result of stable internal demand. Namibia and Botswana also publish law reports but they are behind by a few years. The rest of the countries in Southern and East Africa, excluding Kenya, have years if not decades of unpublished legal precedent.

Similarly, updated freely available collections of legislation are difficult to find in Africa. There are 55 recognised states in Africa. Only one in sub-Saharan Africa, Kenya, offers state-funded, comprehensive and open access to national legislation for free.

Until a few years ago, the rest of the continent remained underserved, because meaningful access to legislation was either nonexistent or prohibitively expensive.

Poor management of records, both analogue and digital, by government has exacerbated the task of building legislative collections in many African countries. Testament to the prohibitive nature of the difficulties and expense is the fact that, other than a few key jurisdictions such as South Africa, Kenya and Mozambique, international and local commercial publishers do not offer even paid access to legislation from many African countries.

AfricanLII, an umbrella support programme based at the University of Cape Town, has been working with a number of national partners in Africa to remedy this and to offer free, open, up-to-date and comprehensive access to legislation from several African countries.

On the continent, legislation is usually available only in as-promulgated form — and often in nondigital format. Parliaments around the continent have made efforts in recent years to publish digital versions of this kind of legislation through the institutions’ websites, as is evident from the African law index (africanlii.org/catalog/).

However, most such databases are incomplete, out of date, and offered in proprietary or nonpliable formats.

Consolidations — laws edited to include all amendments and corrigenda up to a particular time — if available are mostly outdated: Seychelles 1991, Zambia 2006 and Uganda 2000, to name a few. This is largely because law revision departments in governments are poorly resourced to carry out these tasks. The Seycelles Legal Information Institute and SAFLII recently started providing free access to legislation via the internet and continue to deliver services, despite small budgets.

AfricanLII will replicate this with other LIIs in Africa, and aided by the Indigo Legislation Platform. This is an open-source legislation consolidation and publishing platform, which AfricanLII is building with Code4SA, with the support of the Indigo Trust. The platform makes it simpler to publish legislation online in standardised formats that are easy to read, navigate, share and analyse.

To reach citizens in African countries, LIIs must also consider local distribution constraints. For instance, bandwidth and infrastructure expense and unreliability limit the utility of an exclusively internet-based distribution strategy for African LIIs.

Although internet penetration in Africa is at 26.5%, according to Internet World Stats for June this year, Africa has become the fastest-growing mobile market in the world, with mobile penetration ranging from 100% to 30%.

A recent example of the significant role mobile devices play in affording access to the internet was provided by a law student at the University of Namibia: the student contacted SAFLII to observe that, although the service it was offering was excellent, problems of accessing the internet from the university had caused him to rely on his mobile phone to get the Namibian precedent he required for his research.

SAFLII subsequently created a mobile phone version of its website.

In Zimbabwe, where internet and mobile access is very unreliable, a flash drive distribution strategy has been successfully implemented. The latest product in this range is Pocket Law. This is an offline digital library of legal material from nine African countries. It works off a USB flash drive, and contains free material from the LII websites and other partner institutions. The flash drives can be updated whenever a user is connected to the internet.

Now judges, lawyers and academics, even in the most remote and off-grid places of Africa, can do electronic legal research.

Nearly all the criteria that the World Bank uses in ranking the quality of economic life and the environment for business could be substantially affected for the better by wider availability of primary legal materials.

Improved economic potential together with a society in which the rule of law is an accepted cornerstone of democracy ultimately promotes an environment of creativity, innovation, peace and prosperity for all citizens.

Mariya Badevar-Bright manages AfricanLII (africanlii.org), a project of the Democratic Governance and Rights Unit at the University of Cape Town, which develops and supports African legal information institutes in 13 countries. AfricanLII partners with other LIIs, nongovernmental organisations, governments and academics in South Africa, Swaziland, Lesotho, Zimbabwe, Zambia, Malawi, Mozambique, Kenya, Uganda, Ethiopia, the Seychelles, Sierra Leone and Liberia. There is interest in setting up and supporting new LIIs in Rwanda and Ghana. We need the financial support of the legal sector and all those working with African law to continue to deliver this vital public service