The ‘great unwashed’ grow tired of the cycle of injustice 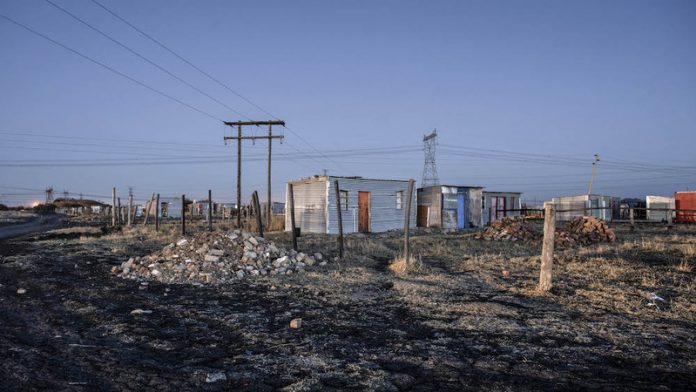 At the instruction of the Socio-Economic Rights Institute I led a legal team that represented, in the end, 36 of the 37 families of mineworkers killed by the police at Marikana: three on August 13 2012 and 33 on August 16 2012. The family of another mineworker, killed on August 16, was represented by the Legal Resources Centre.

The profile of the mineworkers whose families we represented has been described in a document that was circulated during the Marikana commission hearings.

It says: “Underground mineworkers at Lonmin in 2012 experienced both the rigours of the workplace and the challenges of their poor living conditions. In the workplace noise, cramped work stations, heat, dust, long hours, frustrations engendered by divisions of hierarchy, race and disorganisation combined with an environment fraught with danger and risks to mineworkers’ health.

“In addition, large numbers of poorly remunerated and ill-equipped labour-brokered workers had raised the bar on the proliferation of poor work conditions and safely levels,” the document continues.

“For thousands of migrant workers, which in 2012 Lonmin employed in large numbers, poor living conditions coexisted with the pressured work experience of thousands of workers residing in squalid, mainly unserviced informal settlements.

“In both informal settlements and in once peaceful rural villages, social ills had multiplied and drugs, alcohol, violence and crime proliferated. In addition, behind every migrant lay the pressure of providing for an impoverished rural homestead in the sending area.

“Mineworkers’ lack of access to social services was exacerbated by the greater Lonmin community falling between two municipal authorities. On the western side, the Rustenburg local authority struggled to access Lonmin land on which to develop services for informal settlements. To the east, the Madibeng municipality was hamstrung by lack of access to Bapo ba Mogale land on which informal settlements had sprouted, which the traditional authority was unwilling to develop for migrants who had invaded their land.

Thus we come to the section I would like to highlight: “The 2012 wage strike thus became both a weapon with which to battle expanding claims on pay packets as well as a symbol of the struggle to regain a sense of belonging in a post-apartheid South Africa where they had hoped to claim full citizenship.”

Then, as now, it was the view of the mineworkers’ families that their interests were not being looked after – not by the government, nor by the employer, Lonmin, nor by, as it appeared to them, the Farlam commission of inquiry.

They had hoped the commission, right at the beginning, would treat them with dignity without having to be persuaded. They had also hoped that the commission would see, hear and communicate with them in such a way to make them feel they were recognised as individual families who were dependents and relatives of those who had been killed, and not simply relatives of mineworkers who were part of a crowd or a mob armed with dangerous weapons and against whom the police had to protect themselves.

The families expected the commission to do whatever it could to make them feel that there would be equality of treatment by the government and Lonmin.

They also expected the commission, even by way of persuasion, to plead their case with the authorities for the funding of their legal representatives.

Their lawyers, although realising that they could not by law compel the commission to do anything in that regard, nonetheless made several applications to this effect. They hoped the commission would appreciate that it would rebound very badly against its reputation if the taxpayer was funding the payment of the commissioners.

The taxpayer was also funding the payment of the lawyers representing the police who had killed 37 mineworkers in the space of three days – including 34 in a single day. And the taxpayer paid the lawyers’ fees for the ministers of police and mineral resources, who were each separately represented, as well as the evidence leaders’ fees.

The families were expecting active interventions by the commission to help them get legal assistance. In fact, they expected the commission to intercede with the government and Lonmin and impress on the government that it would not be fair if the other parties, which were well off in comparison, were able to get top-rate lawyers at the state’s expense – yet the workers and the families of the mineworkers, who were poor, marginalised and vulnerable, were clearly not able to raise lawyers’ fees.

The view of the families was that the commission could bring its weight to bear, if it wanted to, on the authorities in this regard.

As things panned out, the mineworkers and the families of the miners shot down that week in August 2012 had to fend for themselves. They joined the lawyers of the injured and arrested in their applications for funding; the families’ lawyers did, after representation to the Legal Aid Board, obtain funding, albeit on the much lower legal aid tariffs.

The families and their lawyers eventually visited the areas where their relatives had been killed. They heard and saw for themselves, for example, that on August 13 2012, Phumzile Sokanyile was killed by a bullet to his head about 60m from the shooter across the river. They there and then concluded that the dead mineworker could not, on that narrative, have been killed while the killer was acting in self-defence.

As they went around scenes one and two, they heard that there was one Shadrack Mtshamba, a mineworker who was a survivor of the killings at scene two, who told of how he witnessed miners being shot down in cold blood by the police even as they held their hands up in surrender. Later on, the story would be that they were killed because they carried dangerous weapons, that they were charging at the police and that at all times the police acted in self-defence.

During the site inspection, the families got to see the squalor in which their mineworker husbands, fathers and sons worked. Even the deputy president, Cyril Ramaphosa, who at the time of the massacre was a nonexecutive director at Lonmin, in a recent interview with eNCA conceded that the miners’ working and living conditions were “appalling”.

Waiting: The miners and the families of those who were killed were hoping for recognition and justice. (Delwyn Verasamy, M&G)

During one of the inspections, I specifically requested the commission to extend its inspections to Mooinooi and Brits where, I had been told, mineworkers who are members of the Solidarity union live. I was of the view that it would be important to make a comparison of the living conditions of mostly, if not exclusively, white employees and those of black mineworkers, my clients. The commission declined. The chairperson said it was obvious by merely looking at the residences from a distance that the two places did not compare.

The commission was missing the point. I should have insisted. I probably relented at that stage because I told myself that I still had an opportunity to deal with the comparison when it came to phase two of the commission hearings.

The point that I wanted to make, in argument in my submissions, would have emphasised how, despite two decades of freedom under a constitutional democracy, apartheid capitalism was still expressing itself in terms of race and class.

This is so because the housing arrangements for the white workers at Lonmin are in areas that are serviced with road networks, sanitation and other facilities. There are no shacks. The places meet the bare minimum for decent and dignified housing. I am confident that there will also be school and health facilities in the area, designed to meet the needs of the white mineworker families living there.

Google led me to the Urban Dictionary for a definition of “great unwashed”. It is a phrase used to refer to a “person of a lower order who is looked upon by most of society; anyone who is common and or stupid in their ways; a person who follows the crowd and does not have a mind of their own; the working-class masses”.

If the attitudes of the commissioners had not been shaped by what they thought of “the great unwashed” of Marikana, they would have had the courage to substitute the current paragraph 1.1(b) of Chapter 3 of the commission’s report with the following:

“The tragic events that occurred during the period August 10 to 16 2012 originated from the decision and conduct of Lonmin. The company embarked on an intransigent policy of refusing to discuss the mineworkers’ grievances with them. They enforced this policy by encouraging the South African Police Service to break the strike, knowing that death and serious injury would likely result from the SAPS’s use of dangerous weapons.”

I also agree with most of the sentiments expressed by Cees de Rover, a former senior police officer from the Netherlands, who testified before the commission as an expert witness called by the SAPS and advised them on their interactions with the commission.

In an article in the Sunday Times, De Rover concluded that the report “lets the politically powerful and financially powerful off the hook, while being unaccountably vague about who should be blamed”. He called the commission’s report “a disgrace”.

The events at Marikana took place almost two decades into our demo-cracy – and everyone I cross-examined, including the political leaders of our democracy, agreed with me that it is something that should not have happened, and should not happen again. There is, of course, a divergence of views between the leaders of our democracy and “the great unwashed” as to how this should happen.

I came across another Urban Dictionary user’s definition for the great unwashed: “Corporations fear the day that the great unwashed will throw off the shackles of consumerism and ever-increasing debt and focus on more important endeavours such as their health, family and friends.”

The clouds are gathering.

Advocate Dumisa Ntsebeza SC represented most of the families of slain mineworkers at the Farlam commission. This is an edited extract from his recent lecture, titled The Marikana Commission: Sacrifice of the Great Unwashed, delivered at the Centre for African Studies at the University of Cape Town