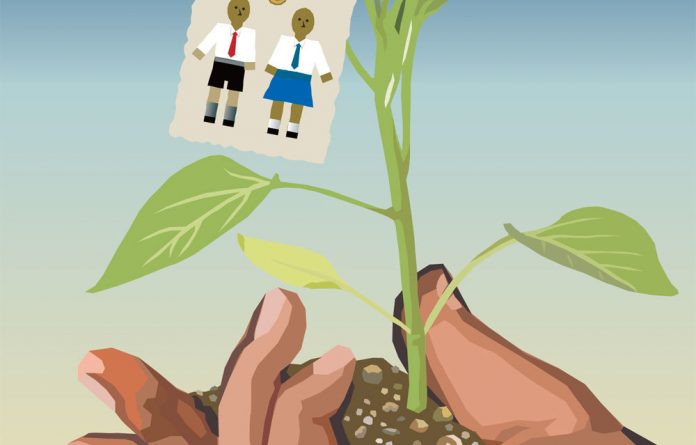 A recent Cape Town high court judgment has allowed the city’s last operating rehabilitation centre for juvenile offenders to stay open, and has ordered the reopening of three closed centres in the province. This landmark decision has implications for vulnerable young people throughout South Africa.

The Western Cape education department had ordered the Ottery Youth Care Centre – which looks after and educates under-18s from broken homes who need state protection, as well as children who have broken the law – to close. Children in its care were to be sent to other centres run by the department of social development. Other, similar, centres have been closed since 2000, affecting the wellbeing of thousands of at-risk children.

The Ottery centre’s management opposed this move, believing it was not in the best interests of the 70 adolescents who had been sent there by the courts.

The Ottery board of governors said: “[The social development department] has changed formerly named reform schools, now secure centres, in the province to multipurpose institutions, responsible for not only juvenile criminals sent by the courts for rehabilitation, which was their original purpose, but also neglected youth in need of care, who formerly attended schools of industries.

“In effect, youth in need of care are criminalised [and] sent to lock-up detention centres far from their homes. We did not believe that this is in the best interest of the child, despite [the department’s] reassurances that the centres distinguished between the two types of children in their care.”

Essentially, if the Ottery centre were to have closed, most of the boys housed there would either have been sent back to troubled homes or to juvenile prison.

They centre’s management spent four years trying to influence policy and work with other stakeholders in the teenagers’ best interests. Litigation became the last resort two years ago, and the battle is finally over.

Likening at-risk youth to delicate seedlings, Judge Gayaat Salie-Hlophe’s opening statement reads: “In a place withered by drought and hunger, a place of hope and opportunity was hard to find. William Kamkwamba wrote: ‘After a few days of rain, the seedlings will push through the soil and unfold their tiny leaves. Two weeks later, if the rain is still good, we then carefully apply the first round of fertilizer, because each seedling requires love and attention like any living thing if it is going to grow up strong.’?”

In her judgment, Salie-Hlophe said: “Our children are the seedlings of our country’s next bloom. Nurturing and protecting each child, however different their challenges may be, is our responsibility to our land and our Constitution.”

She ordered that Ottery should continue operating as a care centre, and that Die Bult in George, Eureka in Groot Eiland and Wellington Youth Centre in Wellington should be repurposed from special-needs schools to care centres for at-risk young people.

The court ruling places the obligation for education at these centres on the Western Cape education department, although the centres will fall under the operating responsibility of the social development department.

Salie-Hlophe expressed grave concern that legislation has not been passed by the government to protect children in care, and that the decision to repurpose the centres was made without national and provincial strategies being in place.

She urged the Western Cape legislature to pursue the goals of the 2010 Children’s Act by ensuring an equal spread of child youth care centres in South Africa, describing these as a concrete embodiment of the rights outlined in section 28 of the Constitution: “Every child should receive appropriate alternative care when removed from the family and be protected from maltreatment, neglect, abuse and degradation.”

She added that “children in need of care in the Western Cape cannot be expected to sacrifice their rights at the altar of other competing rights in circumstances where those responsible for them had not yet ensured that a strategic plan is in place to honour the constitutional obligations which rest upon them”.

I have been implementing a care programme for support staff and teachers at these types of institutions for the past five years, supported by National Research Foundation funding.

My research over the past few years has been into the alleviation and prevention of burnout and stress in high-risk secondary schools on the Cape Flats.

Together with teachers and support staff, such as occupational therapists and nurses, Ottery has designed a care programme to help personnel deal with the multiple traumas they experience in their work with neglected pupils.

I believe that these programmes are in keeping with the Children’s Act and constitutional children’s rights, helping to ensure that caregivers themselves are taken care of, to better fulfil their professional duties.

After national and provincial policies are drawn up within the next 10 months, as ordered by the court, Ottery could act as a model of caring for those institutions that have reopened and hopefully for those that will be created nationally in the future.

My research took a participatory-action approach, which meant that the teachers and support staff became the researchers. Each week we met for one-and-a-half hours, in a classroom prepared by the staff. They ensured the chairs were in place, the room was clean and that tea and biscuits were supplied. They decided what activities would be beneficial for them.

The support group met to share highlights and challenges of the preceding week. Helpful physical and emotional practices such as reflective writing, mindfulness meditation, and song and dance were introduced. The group also practised trauma release exercises, which help the body to destress.

I have drawn up themes from my research and hope to have the findings published in research journals. Central to my findings is the need for wellness spaces to be introduced

during work hours in schools and care centres, so that teachers and staff can process the stressors and traumas to which they are exposed on a daily basis.

At present, with the focus on academic deliverables, the wellbeing of teachers is not considered a priority, despite the rising levels of violence and lack of discipline in our schools, but it should be.

suffering from burnout, with symptoms of emotional exhaustion and feelings of lack of personal accomplishment, depersonalisation and isolation.

This results in high staff absenteeism and teachers’ high illness and mortality rates. Teachers have developed a bad image in the light of declining academic standards in South Africa.

But my research shows that they need more support than criticism – and that they are just doing their best in extremely stressful and traumatic circumstances.

My research is also taking place in a high-risk secondary school on the Cape Flats. I am preparing a report-back of the findings for the Cape Higher Education Consortium and the Western Cape government and will recommend practices to alleviate the symptoms of high levels of stress, burnout and trauma that staff suffer in educational contexts. I will also recommend a way forward in terms of teachers working to alleviate learners’ response to traumatic social and educational stressors.

Advertising
Continue to the category
Politics