Will Zwane even slap his mining friends’ wrists? 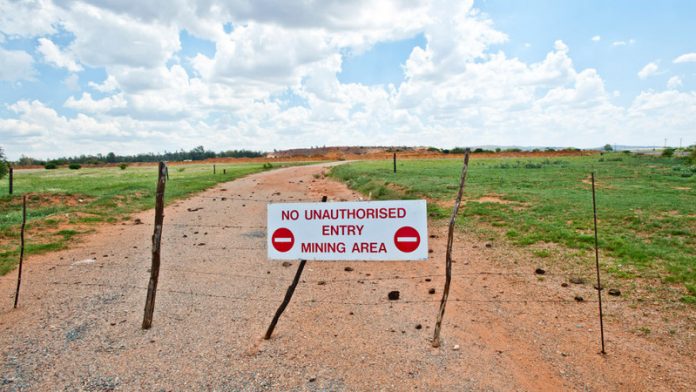 Mosebenzi Zwane, the new minerals minister, has been linked to businesses that worked in close proximity to the politically connected Guptas, and will now oversee a sector of the economy in which the family has strong financial interests.

Zwane’s connections to the influential family, known for its ties to President Jacob Zuma, was during his time as the Free State’s MEC for agriculture.

This was revealed in a Mail & Guardian investigation into a R570?million state dairy farm, tangentially linked to the Gupta family, in Zwane’s hometown of Vrede in the Free State. The family denied having any direct business link to the dairy.

Quoting a treasury investigation, the M&G reported that various procurement procedures had been skipped and money was being taken out of provincial coffers without being accounted for. The idea for a dairy in Vrede was conceived during a visit by Zwane and other state officials to India. The plan was then hurriedly signed off by Free State Premier Ace Magashule, despite the absence of a feasibility study.

Now, as mineral resources minister, Zwane will be overseeing a sector in which the Gupta family has substantial investments. Thanks to changes in environmental and mining legislation, he will also be in charge of signing off on the environmental compliance of mines owned by the family’s various companies.

Oakbay Resources and Energy is the Guptas’ primary investment vehicle in the sector. Its largest asset is the Shiva mine outside Klerksdorp in North West.

One of the world’s largest uranium mines, Shiva was bought by Oakbay and its partners in 2010. Operations started soon after, with a listing on the JSE following in 2014. In that listing, the company admitted – through a “competent person’s report” – that there were several instances when it had operated without the required permits. It found “inconsistencies between the existing and planned future mining operations, and those described within the approved environmental impact assessment and environmental management plan”. Oakbay told the M&G it had submitted a request to change its permits. This had been approved by the minerals minister earlier this year, it said.

A similar abuse of environmental law also occurred at the Gupta-linked Brakfontein Colliery in Mpumalanga in 2011. Owned by Confident Concept, the mine’s mineral rights were owned by a different company, Tegeta Resources and Exploration. Half of its coal was earmarked for Eskom.

The LinkedIn profile of the mine’s chief executive, Ravindra Nath, said he had been the chief financial officer of Sahara Computers until 2010. Sahara is the Gupta family’s main asset in South Africa. A July 2013 scoping report compiled by the mine to ask for permission to extend its operations admitted to several illegal mining operations.

In a public meeting following this report, the mine said it intended on submitting a section 24G rectification application. This was because “various activities have commenced” even though “the necessary environmental authorisations under the Act are not in place”. This “backdoor” allows mines that have started operating illegally to admit to their crime and fix their operations while paying a fine. A similar recommendation was made in the “competent person’s report” compiled for Shiva Uranium’s JSE listing.

Nath was also the director of Idwala Coal outside eMalahleni in Mpumalanga. This mine had run foul of several environmental laws and was being investigated by the water and environment departments. Water affairs issued it with a 2011 notice, saying it intended to act against its “unlawful use of water”. Idwala subsequently applied for a section 24G rectification. In this, it admitted to destroying part of a wetland, diverting a public road without permission, releasing contaminated water without a licence and diverting a river without permission.

The water and environment departments were the competent authorities at the time of these offences and headed investigations. But from this year, this task has been handed over to the minerals department. It has also taken over most of the mining-related work of the Green Scorpions.

Zwane will have the ultimate say in what punishment, if any, a mine gets for transgressions, and whether it will be allowed to get away with a slap on the wrist.