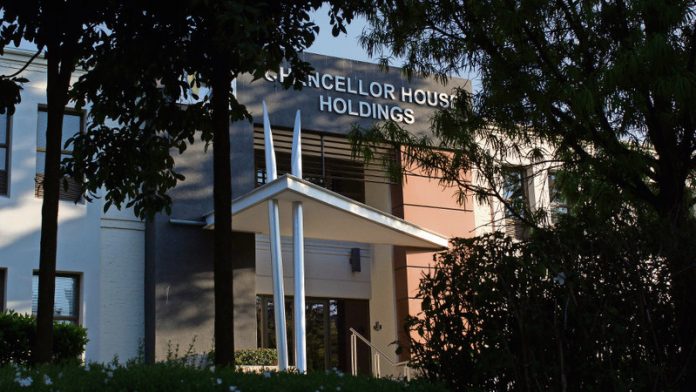 For nearly a decade, the South African branch of Japanese giant Hitachi lied, obfuscated and denied. And other than a minor slap on the wrist for ANC stalwart Valli Moosa, neither Hitachi nor the ANC or its funding front Chancellor House suffered any repercussions.

But on Monday that changed dramatically, when Hitachi offered to pay $19-million (about R266-million) to make an investigation by United States regulators go away.

The Mail & Guardian broke the story in 2006 that the ANC’s Chancellor House had targeted investments in sectors of the economy where government institutions dish out opportunities such as business rights or contracts. A follow-up story in 2007 showed that a contract to supply steam generators for South Africa’s first new major power station in two decades was awarded to a consortium led by Hitachi and included the ANC’s investment company. About 60% of the contract was to be performed by local subsidiary Hitachi Power Africa, which is 25% owned by Chancellor House. The ANC company then had a R3-billion stake in the contract.

Although the US settlement was made without admitting fault, it denies Hitachi the opportunity to claim innocence ever again. In terms of the settlement it will be declared void – and Hitachi liable for new prosecution – if the company were to ever “take any action or make or permit to be made any public statement denying, directly or indirectly, any allegation in the complaint or creating the impression that the complaint is without factual basis”.

That leaves the ANC alone to deny Hitachi bribed the party in return for government contracts, a denial it issued early on Tuesday afternoon.

Treasurer Zweli Mkhize said the ANC “categorically states that the organisation was not involved, implicated nor approached to answer on anything relating to the charges brought against Hitachi. The ANC was further not involved in the transactions between Hitachi and Chancellor House, nor do we have any information on any impropriety relating to the award of the Medupi or Kusile [power station] contracts to Hitachi. The ANC therefore cannot comment on matters internal to the two parties.”

Mkhize said the ANC would study the outcome of the US Securities and Exchange Commission (SEC) matter and “identify appropriate lessons or actions, if any, to be taken.”

Damning for ANC
The long-running US investigation focused solely on the culpability of Hitachi, a company that falls under US jurisdiction by dint of its operations there. It did not examine the guilt or innocence of Chancellor House (and, by proxy, the ANC), leaving US regulators alleging only that Hitachi did the bribing, but not that the ANC was bribed.

To further complicate matters, the Hitachi settlement leaves the allegations made by the SEC untested in court, at least for the time being; the civil settlement does not preclude later criminal action.

Yet the evidence put forward by SEC investigators in its indictment of Hitachi is damning for the ANC, making it clear that Hitachi, at least, was under the impression that it was buying political influence and took steps to hide that fact.

The SEC, which has powers of subpoena and investigation, cites a 2005 Hitachi document that indicates Chancellor House was “politically preferred” when the foreign company was looking for an empowerment partner – with handwritten notes in the margin from an executive “recommendation by Escom [sic]” as well as “ANC treasury”.

A 2010 email confirmed that Hitachi “took ANC influence into consideration” in 2005, when it sold a 25% stake to Chancellor House at a sweetheart price.

Meanwhile, Hitachi sought to cover up the exact nature of its relationship with Chancellor House and so with the ANC. In 2005, it removed provision for a “success fee” payable to Chancellor House from a shareholder’s agreement – because that agreement would have to be made available during the auditing of empowerment credentials. Instead of allowing a “success fee” to a ruling party-linked entity to be “interpreted in a way which it is not intended”, the parties drafted a side agreement that ultimately netted Chancellor House $1-million.

That $1-million was further hidden in Hitachi’s books, accounted as “consulting fees” paid to Chancellor House in mid-2008.

At the same time, Hitachi was steadfastly denying any wrongdoing in a series of statements and explanations that were implausible even at the time.

Despite a series of articles by the Mail & Guardian and other publications uncovering the relationships between the three entities, no local action was taken.

In late 2009, then public protector Lawrence Mushwana narrowly investigated a conflict of interest on the part of Moosa, who chaired crucial Eskom board meetings while serving as an ANC executive.

Mushwana found that Moosa should have done a better job of managing the conflict of interest involved, but also explicitly found that “the awarding of the contract by Eskom to an entity in which the ruling party has an interest was not unlawful”.

No other investigation was done into any of Chancellor House’s dealings, which included stakes in other government contracts as well as a controversial mine in Swaziland.

Denial
The ANC at various times said Chancellor House was at arm’s-length from the party, that there was no evidence of corruption or wrongdoing at Chancellor House and that the sale of the Hitachi stake in 2014 had put the entire matter “behind us”.

The more detailed denials were left to Hitachi, which variously said it did not know until too late that Chancellor House was a front for the ANC, that it was not allowed to donate money to political parties and that money paid to Chancellor House would not go to the ANC.

The SEC said Hitachi sold the 25% stake in a South African subsidiary to Chancellor House in an arrangement that “gave the front company and the ANC the ability to share in the profits from any power station contracts that Hitachi secured”.

“Hitachi’s lax internal control environment enabled its subsidiary to pay millions of dollars to a politically­-connected front company for the ANC to win contracts with the South African government,” Andrew J Ceresney, director of the SEC’s enforcement division, told them media.

The ANC said it found it “difficult to respond” to the Hitachi matter because the party “has not participated in the said transaction”, said its spokesperson Zizi Kodwa.
“We would like to advise that such inquiries be directed to parties cited in the transaction,” Kodwa said in a statement.

Hitachi and Chancellor House: How the events unfolded

DA: Hitachi settlement proves Medupi is ‘rotten to the core’