The ‘mother of all stayaways’ is upon us 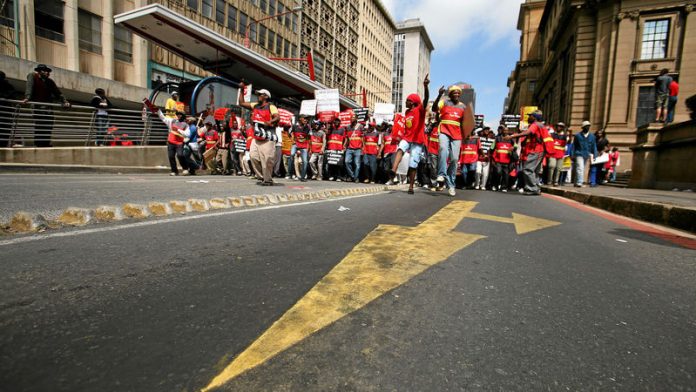 Cosatu will embark on the “mother of all stay-aways” on Wednesday when it stages marches in all nine provinces to protest against higher taxes, e-tolls and job losses among other things burdening the working class.

The demonstrations coincide with the World Day for Decent Work.

Cosatu said its members will march and demonstrate in city centres all over the country against issues such as the deadlock on its demand to scrap e-tolls. The union federation is also calling for a better transport system and is demanding an immediate halt to pending retrenchments.

Cosatu also wants the treasury to reject the proposals to increase VAT, Eskom to be held accountable for the delays in the building of the new power stations and the release of the white paper on the National Health Insurance.

In what it called an unemployment crisis, Cosatu expressed concern about especially the large number of young people who are jobless. Cosatu is also calling for a minimum wage.

“This is a crisis and it poses political instability for our democracy, needing urgent attention. As if this is not enough, workers’ demands for wage increases are met with notices of retrenchments of thousands of workers, affecting their families and, in particular, their children’s future,” said Cosatu.

It is calling for a moratorium on retrenchments until business, government and labour can find a solution for the crisis.

According to Cosatu, the protest of hundreds of thousands of members across the country will start from 9am.