Historian of emotions wins the Nobel 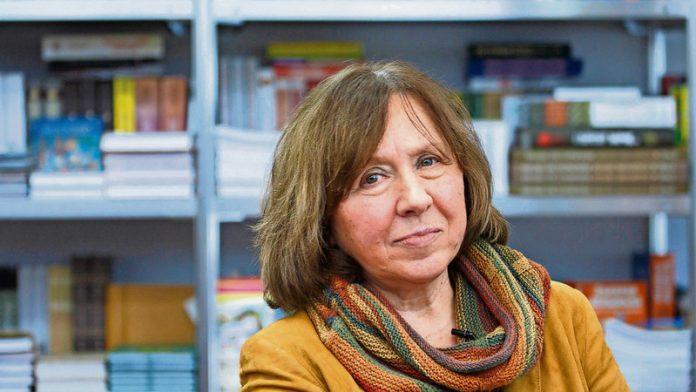 Svetlana Alexievich, the Belarussian whose oral histories have recorded thousands of individual voices to map the implosion of the Soviet Union, has won the 2015 Nobel prize for literature.

The Swedish Academy, announcing her win, praised her “polyphonic writings”, describing them as a “monument to suffering and courage in our time”.

She becomes the 14th woman to win the prize since it was first awarded in 1901.

Alexievich said the award left her with a “complicated” feeling.

The academy called while she was at home, “doing the ironing”, she said, adding that the prize of eight million Swedish krone (R13-million) prize would “buy” her “freedom”.

“It takes me a long time to write my books, from five to 10 years. I have two ideas for new books so I’m pleased that I will now have the freedom to work on them.”

The award took many in the English-speaking world by surprise. Broadcaster Xan Brooks’s quirky tweet summed up their reaction: “The sound of 10 000 reporters Googling ‘Svetlana Alexievich’.”

Alexievich was born on May 31 1948 in the Ukrainian town of Ivano-Frankivsk into the family of a serviceman. After her father’s demobilisation from the army, the family returned to his native Belorussia and settled in a village where both parents worked as schoolteachers. She left school to work as a reporter on the local paper in Narovl.

Alexievich has written short stories, essays and reportage but says she found her voice under the influence of the Belorussian writer Ales Adamovich, who developed a genre he variously called the ­“collective novel”, “novel-oratorio”, “novel-evidence”, ­“people talking about themselves” and the “epic chorus”.

Danius also praised Alexievich for devising “a new kind of literary genre”, and pointed new readers towards her first book, War’s Unwomanly Face, based on interviews with hundreds of women who participated in World War II.

“Her books are very unusual and difficult to categorise,” Testard said. “They’re technically nonfiction, but English and American publishers are loath to take risks on a book just because it’s good without something like a Nobel prize.” – © Guardian News & Media 2015