Tensions between West and Russia rise as MH17 report released 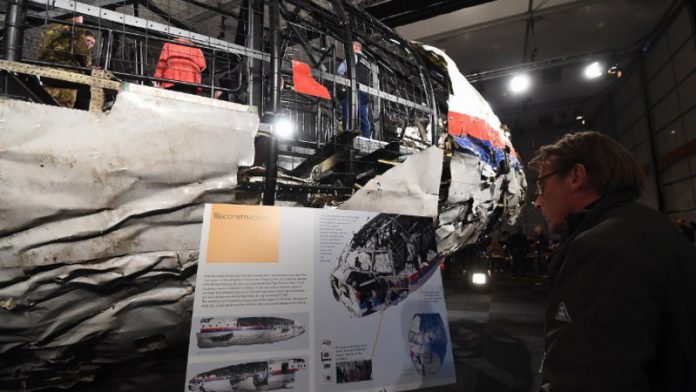 Air crash investigators concluded Tuesday that Malaysia Airlines flight MH17 was shot down by a missile fired from war-torn eastern Ukraine last year, killing all 298 people on board.

Even before the highly-anticipated release of the official report on the disaster by a Dutch-led investigation, Russian officials were disputing the findings which are sure to further degrade strained ties between Moscow and the West.

“Flight MH17 crashed as a result of the detonation of a warhead outside the airplane against the left-hand side of the cockpit,” the chairman of the Dutch Safety Board, Tjibbe Joustra, told a press conference.

“This warhead fits the kind of missile that is installed in the BUK surface-to-air missile system.”

While he insisted investigators had not pinned down the exact location of the missile’s launch site, maps shown to reporters clearly showed the area near Donetsk held by pro-Russian separatists.

Joustra also hit out at the Ukrainian authorities for allowing civil aircraft to continue to fly above the eastern part of the country despite the raging conflict between Kiev’s forces and pro-Russian separatist insurgents.

“We have concluded as a precaution there was sufficient reason for the Ukrainian authorities to close the air space above the eastern part of their country,” he said.

Upset relatives
Relatives earlier emerged visibly shaken after being privately briefed by Joustra in an conference centre in The Hague about the fate of the Boeing 777 which was en route from Amsterdam to Kuala Lumpur when it went down on July 17 last year.

Relative Robby Oehlers said a wave of sadness had swept through the room.

“They showed us the fragments that were inside the plane,” Oehlers said, adding in the room “it was so quiet, you could have heard a pin drop.”

The findings were swiftly disputed by the missile maker Almaz-Antey, which has carried out its own tests into the crash.

The Russian company had performed a test which “disputes the version of the Dutch,” and the damage to the MH17 pointed to the use of an older type of missile.

“The results of the experiment completely dispute the conclusions of the Dutch commission about the type of the rocket and the launch site,” said Yan Novikov, director of Almaz-Antey.

“I personally have no doubt that this was a planned operation of the Russian special services aimed at downing a civilian aircraft,” Yatsenyuk told a televised cabinet meeting.

The report focuses on four areas including “the cause of the crash”, the issue of “flying over conflict areas” and why Dutch relatives waited two to four days before receiving confirmation that their loved ones were on board.

The Dutch Safety Board, which led the international team of investigators, has made 11 recommendations in the report, and insisted that countries in conflict must improve efforts to protect civilian aircraft.

But it has stressed its mandate was not to determine who pulled the trigger, amid a separate criminal probe by Dutch prosecutors.

Relatives were shown an animated reconstruction of the explosion and Oehlers said investigators believed their loved ones had had no idea they were about to die.

The haunting question had been one of the key focuses of the investigation.

“They told us there was a zero percent chance that the people inside felt anything or had any notion of what was happening,” Oehlers said.

Reporters at the air base were also shown a partial reconstruction of the doomed plane, made from pieces of wreckage brought back from the crash site.

“Even if the report doesn’t name those responsible, it will still allow us to close some doors, to have some answers,” said Pierre Chardom, a Belgian who lost his 51-year-old brother Benoit in the crash. – AFP

MH17 crash one year on: blame game continues over who shot down plane