ANC in debt but confident of future income 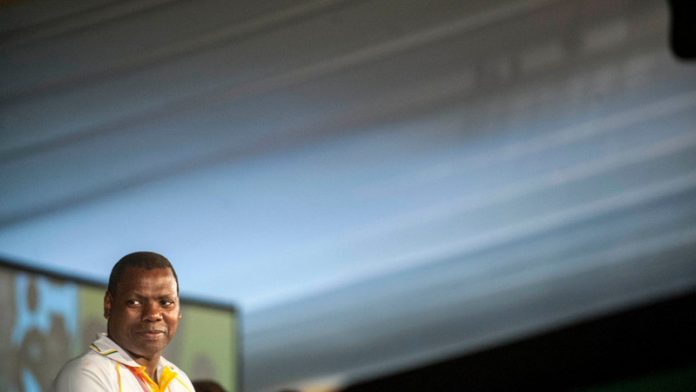 As the ANC prepares for next year’s local government polls, it sits with debts of R19-million from last year’s general elections.

But the party has made progress in servicing its debt and has managed to cut it down by R12-million from the R31-million it owed last year.

Sources who sat through the presentation told the Mail & Guardian that it was confirmed that last year’s election was the most expensive the party had ever contested.

Last November, the M&G reported that the ANC spent close to R500-million to fund the 2014 election programmes. By that time, the ANC still owed R31-million to 16 creditors.

A source told the M&G that the ANC is committed to paying off its debts to avoid the protracted and expensive court cases in which it has ­previously found itself.

Mkhize, the source said, kept a tight watch on the procurement of goods and services for the election campaigns in an effort to avoid unnecessarily high costs.

He told the NGC the party accumulated debt it did not plan for when services weren’t properly sourced through the central procurement committee he had set up.

Mkhize told the NGC that the ANC’s liabilities decreased dramatically in 2015 and that it had reduced its loans from R12-million to R1.4-million. He complained, however, about high staff costs, which amount to about 30% of the 2015 budget.

The ANC receives most of its income through fundraising initiatives, which contributed 67% of its income this year. The party’s recommendation that public-party funding be increased is a sign that, even with creative fundraising methods, it is still struggling with its finances.

Mkhize’s report said increasing public funding would strengthen democracy and eliminate the ­influence private donors have on political parties. Independent Electoral Commission grants made up 17% of the ANC’s income.

The ANC traditionally uses events such as gala dinners to raise funds, but Mkhize is said to have introduced a simpler strategy of attracting small but regular contributions. The M&G has learnt that the ANC had raised about R6-million in the three months to September by simply getting its members and ­supporters to commit to monthly donations through its Progressive Citizens Forum.

Mkhize told national executive committee members last month that, by approaching party members for contributions through a call centre set up at its Luthuli House headquarters, the ANC’s bank balance is on its way to good health.

The ANC wants as many supporters and members as possible to assist the party financially through the Progressive Citizens Forum. As of August this year, it had signed just more than 10 000 people on to the programme.

Mkhize has also launched an ANC Abroad funding programme, which seeks to raise funds from supporters who live and work overseas.

The first source the M&G spoke to said that Mkhize was determined to create various sources of income for the party, so that it is not dependent on only one method.

His success is apparently so admired by his comrades that there is a plan to retain him as the party’s treasurer general come the next elective congress scheduled for 2017.

“He has already lined up service providers to do everything for local government elections. Those service providers will donate to the party – for instance, someone agrees to print T-shirts or banners or provide cars for the campaign,” said the source.

Mkhize told the M&G he would not comment on the party’s finances.