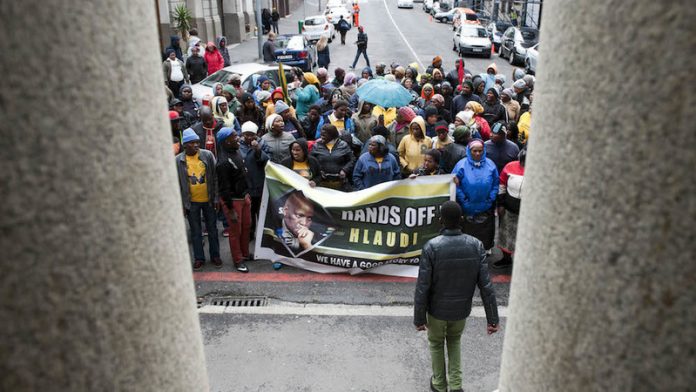 Last year, the Supreme Court of Appeal held that criminal charges against controversial former crime intelligence supremo Richard Mdluli, which had been withdrawn by the national directorate of public prosecutions (NDPP), had to be reinstated.

The decision was widely recognised as a legal curtain-raiser to the main match: the Democratic Alliance’s challenge of the NDPP’s decision in 2009 to withdraw criminal charges against Jacob Zuma, who became president later that year.

Last week, another opening act stimulated legal interest in another big fight to come – the Economic Freedom Fighters’ challenge to the government’s determination to ignore the findings of the public protector, Thuli Madonsela, on Nkandla, to the effect that the president must pay back some of the state money spent on his private homestead.

In addition, the minister of communications and Hlaudi Motsoeneng, the chief operating officer of the SABC, have sought to overturn the judgment of Judge Ashton Schippers, which held that Motsoeneng should face a disciplinary inquiry and be suspended from office pending the outcome.

The background to this dispute was the public protector’s report, which found that Motsoeneng’s appointment was irregular, that he had been awarded unjustified salary increases, and that he had grossly abused his powers.

It appears that the minister not only ignored this report but also appointed a firm of attorneys to conduct a parallel investigation.

For this reason, the case turned on what the judge termed an inquiry into the role of the public protector in this context. The judge found that the protector’s findings were not to be treated as binding decisions, but that they could only be rejected on rational grounds, which he found had not been the case in this dispute.

The appeal court disagreed. It found that the Constitution created the office of the public protector and clothed the office with powers far more extensive than those granted to similar offices in other jurisdictions. In particular, the Constitution empowered the public protector to investigate any conduct in state affairs or in public administration, and to report on her findings.

In addition, thanks to a change brought about in the 1996 Constitution, the public protector has the power to take appropriate remedial action.

The appeal court noted that the public protector was, on the basis of this design, the most powerful of the institutions created under Chapter 9 of the Constitution.

The office stood “outside of government” and was a vital watchdog guarding against corruption and malfeasance in the public administration. It cannot be muzzled.

The problem for the minister was that she had, in effect, tried to muzzle the public protector by appointing her own attorneys to conduct a separate inquiry into the same issue.

The appeal court would have none of this circumvention. It held that the only way the public protector’s report can be ignored is if it is set aside by a court following a review application.

Without a court order to that effect, the relevant state department was legally obliged to implement the remedial action decided upon by the public protector.

This represents a powerful articulation of a principle that is set out early in the judgment: in constitutional democracies, public administrators and state institutions are the guardians of the “public weal”. To reinforce this principle, the Constitution created a powerful watchdog, which was to be independent and to be granted extensive powers.

The judgment recalled that the ANC, back in the dreamy days of 1992, when all democratic possibility seemed attainable, published a document titled Ready to Govern, in which a carefully considered proposal for the creation of the office of a public protector was described in detail.

Twenty years later, it appears that the experience of government has greatly reduced the ruling party’s enthusiasm for its own idea: a powerful independent office that ensures the public administration remains at the highest level of transparency and probity. The ruling party’s defence of a fully independent public protector has waned dramatically.

The cause of this waning cannot be far removed from the Nkandla funding, a controversy that refuses to exit quietly from the public discourse.

The Constitutional Court will offer the last word on the legislative scheme that governs the office of the public protector. If, however, the appeal court judgment is upheld – which, given its legal coherence, is more than possible – the implications are immense.

First, the remedial action as determined by the public protector, which includes the demand for presidential part-payment for the state-funded Nkandla improvements, can only be legally refused if the finding is set aside by a court of law. A review application will require detailed evidence from the president; this, in itself, will be of huge public interest.

Second, the appeal court has made it very clear that the president cannot decide to ask a Cabinet minister, who is totally beholden to him for the office, to conduct a parallel inquiry – and then decide that the minister’s inquiry suits him better. This means that the report by the minister of police, which exonerated Zuma of any obligation to pay anything for the upgrades, is not a legitimate refutation of the public protector’s report.

This judgment ensures that the Nkandla saga will have many episodes to run yet. That the appeal court decided in this way reveals, again, that the country has a judiciary fiercely committed to deciding cases in an independent fashion.