Pleasure is no man’s prerogative 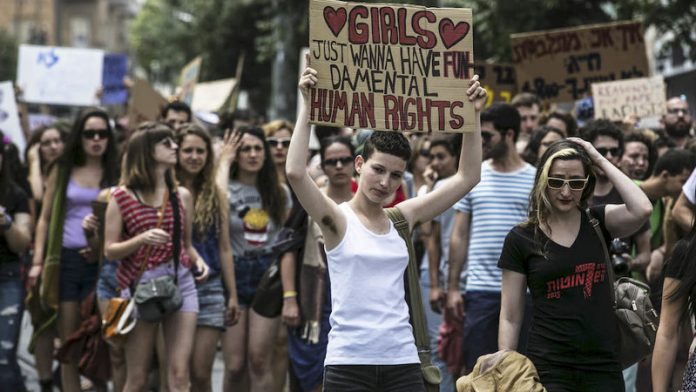 Talking about sex is fun. We may shy away from doing it sometimes, judge those who bring back war stories from the front lines but hang on their every word.

So it came as no surprise when a recent online discussion on how women should be handling their sex lives captivated Twitter. Many women (it had a reach of more than 224 000) participated in #SexingwhilstFeminist, with tweets such as @TheLoulette’s “Rejecting the idea that sex is not something I have legitimate right to”.

Despite these and other racier tweets, it was clear that women were far less likely to speak about their pleasure than they were about other issues pertaining to their rights.

Do we see sex and pleasure as the bubblegum-pop of women’s empowerment, not serious enough to inspire mobilisation and dialogue? Is there a Maslow’s hierarchy of needs when it comes to the rights of women, with some rights considered more important than others?

Women with access to public platforms can be extremely vocal about issues relating to the economy, education and politics. Yet many of them will shy away from speaking about sex, citing it as a private matter. Although sex is intimate, one cannot deny that it informs a lot of interactions, especially in terms of gender and power dynamics.

During the tweet-a-thon, the theme of agency emerged: women having enough understanding and strength to take charge of the sexual activity, to take control when they take their clothes off.

Not surprisingly, there was a backlash from some men. As a woman, speaking confidently of being able to negotiate your sexual experience supposedly makes you a whore.

This kind of response reiterates that women cannot speak openly about something as basic as sexual pleasure without being shamed. Sex is not considered their area of expertise or a space they have power over.

Both men and women play into the idea that women do not own their bodies, bringing about notions such as the blurry “nature of consent”, victim blaming, victim silencing, marital rape and the allowance of forced marriages.

To convince oneself that discussions of agency and pleasure are removed from these notions denies the intersectionality that comes into play when speaking about sex.

Women who continue to be silent about sexual agency and their pleasure are not upholding a moral standard – they are actually helping to entrench destructive ideas about sex. Notions of pleasure cannot be removed from ideas of sexual agency that bring about conversations about consent, vulnerability and violence when it comes to the female body.

There are many women who, because of ideas of physical ownership of the female body, believe that it is not their place to make sure they have safe sex. There are women who do not believe marital rape exists. There are women who believe not sleeping with their men is reason for them to step out on them because pleasure is men’s to have. Conversations about sex and pleasure are not only about having orgasms, but also form a good basis for being able to negotiate consent, condom use and other issues.

To ignore pleasure as a principle of comprehensive sexual rights education is like trying to learn how to read but deciding some words are not important enough to learn to pronounce; that we just need the simplest ones to be deemed literate.

As women, we need to challenge the idea that there is a hierarchy of rights. Understanding notions such as #SexingwhilstFeminist and that you are entitled to pleasure builds a discourse that can break the moulds that hold all these other negative notions in place.