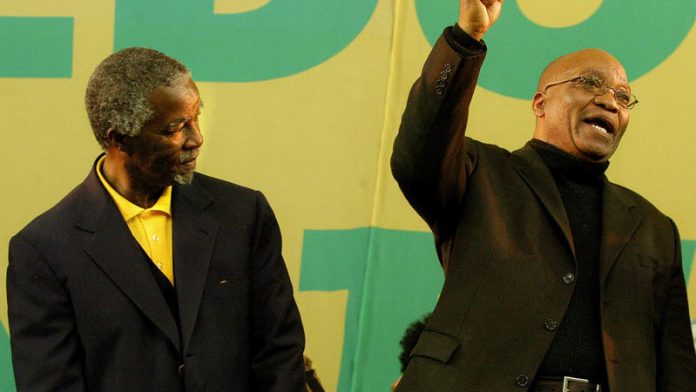 In retrospect, Zapiro’s was a harsh judgement. Over the past two decades, it has not been easy for any country – let alone a newly freed one, like post-apartheid South Africa – to understand the rapidly changing world. Why has this been so?

Post-Berlin Wall uncertainties
The sudden ending of the Cold War in 1989 was the proverbial “game-changer” in thinking about international relations and the ideas which inform the making of foreign policy.

The fall of the Berlin Wall – the structure that symbolised the bipolar world – ended a long period of certainty in international relations. It was followed by the question: “what’s next?”. What ideas for organising the world could replace an almost Archimedean idea that had underpinned Cold War thinking. This was that communism would be permanently pitted against capitalism, and vice versa.

The resulting vacuum was filled when the idea of “globalisation” entered the discourse. This view was anchored in the 18th-century idea that it was possible for history to end and, if this happened, countries (and their peoples) could live in harmony.

In the revised version, advanced by Japanese-American thinker Francis Fukuyama, the free market and regular democratic elections could build prosperity and so secure a more peaceful world.

And it was the Clinton administration’s enthusiastic embrace of liberalising trade worldwide that drew the theory of globalisation into practice. It did this by underscoring the notion that the defining motive of foreign policy was to pursue free market economics.

The ANC government, prompted by business, were quick to embrace this idea.

All things to all people
Efforts to develop clear thinking on post-apartheid foreign policy was subjected to big conversions like these, as well as immediate ideas from within the liberation movement and elsewhere in the country.

Navigating these choppy ideational waters was not easy especially in the first five years when Nelson Mandela’s global standing – and his rockstar fame – raised expectations that South Africa could be all things to people the world over.

The notion was that Mandela’s triumphant story represented the success of human rights as a normative force in global affairs – an idea that had been a feature of international relations in the post-second world war era. Such hopes were fanned by an article published in the world’s most influential foreign policy journal penned by the soon-to-be president. The article advanced ideas on the country’s future foreign policy.

But the real conceptual shape, not to mention policy substance, had to wait for the presidency of Thabo Mbeki. He fully took the country into an historical tryst with the African continent.

Mbeki’s evocative oratory and sharp analysis drew on the idea of African Renaissance, which enjoyed currency in Pan-Africanist circles. In practice it would reshape continental institutions. So the Organisation of African Union became the African Union. It would also secure Nepad, a self-policing mechanism for the affairs of the continent.

But Mbeki’s foreign policy ideas and his ambitious African agenda were lowly obstructed by the factionalism that gave way in Polokwane, the ANC gathering that saw Mbeki lose power to Zuma.

9/11 and the return to a binary world
In the meanwhile, confident talk of “the end of history” and its doppelganger, globalisation, had given way to an international system that was fragmenting and increasingly preoccupied by the idea that security was to be the central worry of all states.

This thinking was speeded by the events of 9/11. The tragedy itself, however, seemed to confirm the idea, first advanced by Harvard’s Samuel P. Huntington, in 1992, that the West was pitted against Islam in a “clash of civilisations”. Huntington’s thesis and America’s wars in West Asia which followed 9/11 signalled a return to the binary logic that had closed off ideas during the Cold War.

Faced with this shifting ground, the Zuma government moved in another direction. It aggressively explored the idea of multilateralism. Brics (Brazil, Russia, India, China and South Africa) has been the most innovative achievement.

At the same time, the country has continued an interaction with the affairs of the continent, especially through the idea of peace-keeping.

National interest takes centre stage
In an instructive way, these various threads of thought were brought into conflict in June’s perfect storm over the visit by the Sudanese leader Omar al-Bashir.

The country’s early commitment to the protection of human rights by joining International Criminal Court clashed with its commitment to Africa. And, to add anguish to agony, simple-minded experts, particularly among security analysts, could only see al-Bashir through the clash of civilisations optic.

Most recently it has become clear that the central idea in the making of South Africa’s foreign policy has shifted again – this time towards the notion of the “national interest”.

The idea of putting “interest” at the centre of foreign policy making is not new. Its most famous enunciation was made in 1848 by the then-British foreign secretary and later prime minister, Lord Palmerson. As he put it:

We have no external allies, and we have no perpetual interests. Our interests are eternal and perpetual, and those interests it is our duty to follow.

Critics believe that the idea of the national interest is devoid of any real content. As a result, it can be easily appropriated (or simply manipulated) by sectional interests either within a ruling party, or within the country itself.

In the South African context this idea is worrying because there has been no clear definition of what constitutes the national interest – even though, as rumour has it, cabinet has adopted a paper on this topic.

The rumour is worrying enough. What is more troubling is a supporting rumour that the unreleased draft of South Africa’s ideas on national interest was prepared by experts close to national intelligence.

New and interesting ideas matter most for policy when they are openly debated. But introducing national interest into this debate in South Africa seems to have got off to a bad start.