BCUC: A journey of a million steps begins without shoes 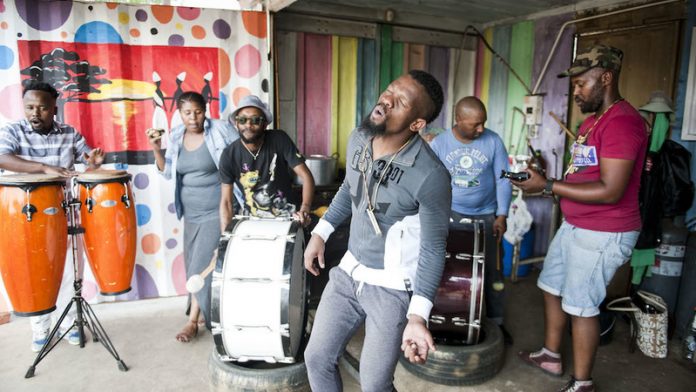 On October 21, the evening news broadcast ­violent images of students being assaulted by police in the parliamentary precinct in Cape Town. Like the Marikana massacre and previous government responses to service-delivery protests, it was a reminder of the repressive tactics the state is prepared to use against disaffected citizens.

As the drama played out that night, it became clear that the South African government was determined to “deal with” the students and these perceptions were reinforced when rumours began to emerge that six of the students had been charged with “high treason”. The treason charges were later dropped, probably because the move had already proved to be a spectacular own goal that only reinforced public support for the students.

Then, suddenly, came a Facebook update from Jovi Nkosi, the lead singer of the band Bantu Continua Uhuru Consciousness, or BCUC as their fans know them: “Forward ever, backwards never,” he wrote. “Change is now. We can’t argue with the kids – they are the ones that are in the front line. Let’s let the kids do what kids do, lead us to the future. The Facebook post could have easily been a long-forgotten verse from the band’s song   Journey.

It could just as easily be a soundtrack to the protesting students, fired up on Steve Biko and Frantz Fanon, who marched on Luthuli House, Parliament and the Union Buildings. But Journey predates the student protests by more than five years. It first came to light in 2009 when the band recorded the song live, while on tour in Europe. It was released on their 112 Bloemstraat EP in June that year.

It’s March 2014 and I am sitting with BCUC in an SABC studio. Later that night, they will perform live for a group of friends and a few members of the media. The recordings from the show will form the starting point for their album The Healer, released in November 2014.

For anyone who has not witnessed BCUC live on stage, they are a tidal wave of propulsive percussion, soaring vocals, roaring soul, kwela blues, socially conscious hip-hop and a stage presence to dwarf any. Or if you need a simpler description, think Otis Redding fronting Malombo and you’re getting somewhere.

For the past few hours, the band has been filling me in on their compelling decade-long history, with its ups and downs, successes and failures, but now we are starting to talk politics.

“I feel like politics has abandoned the man in the street,” says Mokone.

“Our freedom is the heritage of the few,” adds Nkosi.

The band argues that there is no political will for real service delivery and this frustrates them. They argue that the ANC has just created another elite, obsessed with money. The band wants to see the government build more art and sports infrastructure for communities. They want fewer malls and fewer churches.

“Less Nelson Mandela streets,” adds Nkosi. “Less Sisulu streets. “We think that a country like South Africa is full of a lot of cowards, but more than cowards, there are a lot of bullies,” says Nkosi. “Intellectual bullies, cultural bullies, social bullies, it’s just bullies, bullies, bullies! We are anti-bully and also anti-coward and we are trying to be heroes of the modern-day era.”

The band tells stories of ambassadors and diplomatic staff in Europe insisting that they say nice things about Nelson Mandela, suggestions they rebuffed. “We don’t care if you don’t want to pay us any more because this is bigger than this money that we are going lose today,” says Nkosi. “We will never say what you want us to say.”

Getting back to the service- delivery protests, the band agrees that poor and working-class South Africans’ patience is wearing out with the ANC. “I feel like something is bubbling under,” says Mokone. “Something is going to happen if there’s no change, because you see all these service-delivery protests. Working-class people are getting frustrated.”

The band generally begin the song slowly, with just a wandering guitar riff. Then Mokone starts singing a beautiful melody over the top of the gentle percussion as the band fall into a call-and-response behind her.

Later, Nkosi steps to the mic and tells the story of a farmworker begging a white farmer for wood. “Mr Van der Merwe,” croons Nkosi. “Have you got any wood?” The response from the farmer is: “All you get is 50 bucks/ No 40 acres for you.” The land is “for the lions and the cheetahs and the elephants and the rhinos in the game farms”.

Nkosi continues: “That’s why people are leaving the farm. They run to the city looking for a better job. All they find is a job in the mines for 50 bucks.”

The song openly speaks to the failure of the negotiated settlement to restore land rights to black South Africans and how the land is still in white hands. Fourteen minutes into the 30-minute epic version the band recorded for The Healer, a clearly frustrated Nkosi takes the mic and says: “In 2009 we did this song and we spoke our things. And it’s unfortunate for us to report back, nothing has changed. It’s just got worse.”

Earlier, during the interview, he had said: “I’m choosing to be with the people without shoes. I’m choosing that side now because if I don’t they are going to burn my house. When they start burning things, me I am going to be there to burn things so that when the opportunity comes they will say, he was there.”

“These people have got nothing to lose,” says Nkosi.

And Mokone adds: “I feel like, at the same time, if we get through it we are going to get through it as a better country. I feel like that, when a field burns, underneath there is something that’s growing. That’s why all the crappy things needs to burn down, so we can get the new seed and the new soil.”