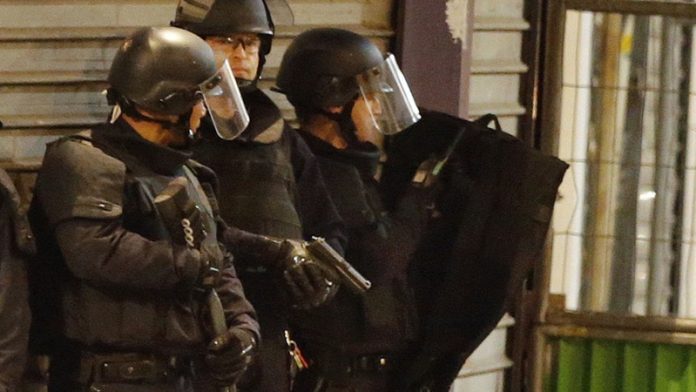 French police were trying to verify on Wednesday if the suspected commander of the attacks in Paris was among those killed and arrested in a massive police assault in the capital. Two people died and the police detained a further seven.

Paris prosecutor Francois Molins said telephone surveillance and witness statements had led police to believe that Belgian jihadist Abdelhamid Abaaoud was in an apartment in Saint-Denis in northern Paris.

Anti-terrorist police flooded the streets near the building and soldiers were drafted in for an operation that lasted around seven hours.

The prosecutor said at the end of the operation that investigations following Friday’s attacks allowed police “to obtain telephonic surveillance and witness testimony, which led us to believe that Abaaoud was likely to be in an … apartment in Saint-Denis”.

But he added: “Nobody has been able to enter the building, so forensic police have not started their work.”

“It is impossible to give the identities” of the two suspected jihadists killed in the assault, he said. The dead included a woman, who detonated explosives and blew herself up.

Police launched their assault before dawn in the area close to the Stade de France stadium where three suicide bombers blew themselves up on Friday night, killing one person.

Other gunmen wearing explosives belts had attacked a concert hall, bars and restaurants in a trendy eastern district of Paris, killing 129 people.

Abaaoud, a 28-year-old from Brussels of Moroccan origin, has been linked to a series of Islamic extremist plots and recruitment efforts in Europe over the past two years and has bragged about how he has avoided arrest.

He has been photographed in Syria and was believed to have been in contact with a suspect on the run after the Paris attacks, Salah Abdeslam. – AFP

Can Frelimo and its backers continue to profit from a failing state while an armed insurgency rages in northern Mozambique? And will South Africa help prop them up?
Read more
World

Iraq grapples with how to handle an unprecedented number of minors, many of whom were beaten into confession
Read more
World

A man arrested in connection with the Brussels bombing was released after no evidence found was linking him to the attacks, according to prosecutors
Read more
Africa

If Islamic State consolidates its foothold in Libya, it will pose a major threat to North Africa and Europe.
Read more
World