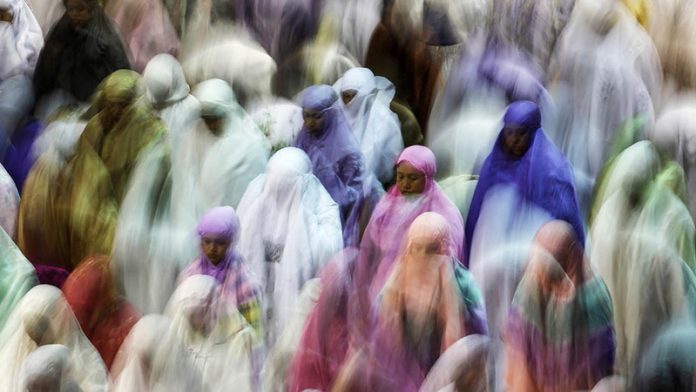 When a Muslim optician told me she was the victim of a hate crime, it was her flippancy that shocked me most. She was driving to work when a man parked his van in front of her. When she objected, he yelled: “You’re a fucking Muslim – leave the country.”

But her tone was one of casual resignation – it was just one of those things, an unfortunate occurrence.

She didn’t respond, because it would simply reinforce a narrative of being “an aggressive Muslim”.

It didn’t end there. Later, at work, a couple had to be persuaded to let her see to them – again, because she was a Muslim.

The first of these incidents was not reported to the authorities. We do know that 115 anti-Muslim attacks were reported in the United Kingdom seven days after the Paris atrocity – a threefold increase.

As with the optician, the victims tended to be women, singled out because they were wearing hijabs. In Fife, a man and a woman were violently assaulted by more than a dozen people outside their take-away shop, their assailants berating them over the Paris atrocities.

In a more heartening incident, passengers turned on a bigot yelling abuse at a 23-year-old Muslim woman on a train in Newcastle.

Isolating Muslim communities
These are not just terrible examples of bigotry, of hatred directed at people for having the audacity to get on with their lives. Those responsible are not just bigots but recruiting sergeants for Islamic State. When it executes its attacks, it has a script. It knows that Muslims will be blamed en masse in the aftermath.

One of its key aims is to separate Western societies and their Muslim communities: if Muslims are left feeling rejected, besieged and hated, then Islamic State believes its recruitment potential will multiply.

“Central to its world view is the belief that communities cannot live together with Muslims,” Nicolas Hénin, a former hostage of the terror group, wrote, “and every day its antennae will be tuned towards finding supporting evidence.”

The blind executors of the extremists’ wishes are not only on European shores, of course: in the United States, Muslims also have to endure growing threats of violence and abuse.

It would be comforting to dismiss this anti-Muslim prejudice as the preserve of a few knuckle-dragging thugs. But what is so uniquely dangerous about it is that it is sanctioned and promoted by the media. The now infamous Sun headline – claiming “1 in 5 Brit Muslims’ sympathy for jihadis” – is just a particularly striking example.

The poll said nothing of the sort: the pollsters compiled a list of “Muslim surnames”, and asked whether they had a “lot of sympathy”, “some sympathy” or “no sympathy with young Muslims who leave the United Kingdom to join fighters in Syria”.

These fighters represent a diverse array of groups, far beyond the likes of Islamic State, and, in any case, a poll of the British public as a whole produced very similar results. Unsur­prisingly, it turns out some of the those interviewed interpreted the word “sympathy” as “feeling sorry for them”.

Perpetuating a stereotype
Some of the media’s attacks are beyond sinister. A Daily Mail cartoon provoked understandable comparisons with 1930s Nazi propaganda after portraying gun-toting Muslim refugees entering Europe amid rats.

It is generally more subtle than that, of course. But it helps to create an atmosphere where anything goes; where bigotry seems officially sanctioned and legitimised.

Muslims become seen as the enemy within, a fifth column, a near-homogeneous group defined by their hostility to Western values – or indeed the West, full stop. “Muslim” becomes synonymous with “extremist” and “potential terrorist”.

Again, it is worth reiterating just how much this is the realisation of Islamic State’s aims and ambitions. There is always inevitable debate following an atrocity about the relationship between Islam as a religion and these extremists.

I am no expert on the Qur’an, but it strikes me that jihadis who order Islam for Dummies before heading off to fight in Syria, or who drink alcohol and smoke cannabis, aren’t exactly au fait with it either.

The first Muslim suicide bombing seems to have taken place in the 1980s, well over 1?300 years after Islam first emerged. Many would also argue that the Qur’an forbids the killing of innocent people.

But, regardless of how murdering extremists interpret Islam, and whatever they glean from the Qur’an to justify their atrocities, it is surely sufficient to say that the vast majority of Muslims reject their interpretation.

Anti-Muslim prejudice suits the Islamic State
It suits Islamic State down to the ground to have its opponents dress it up as the purest version of Islam and, indeed, as the authentic representative of Muslims.

But what needs emphasising is the distance that exists between Islamic State and the quarter of the world’s population that is Muslim – and, indeed, the vast majority of the group’s victims are Muslims.

The polling on anti-Muslim prejudice is sobering: in the US, a recent survey discovered that 38% of Americans would refuse to vote for a “well-qualified” Muslim candidate for president. Nearly a third of Britons believe Islam threatens Western liberal democracy. Further attacks by these murderous nihilists will only push those figures higher.

That is what Islamic State wants. And that is what is so profoundly depressing. It writes its script, and there are no shortages of volunteers to follow it. – © Guardian News & Media 2015