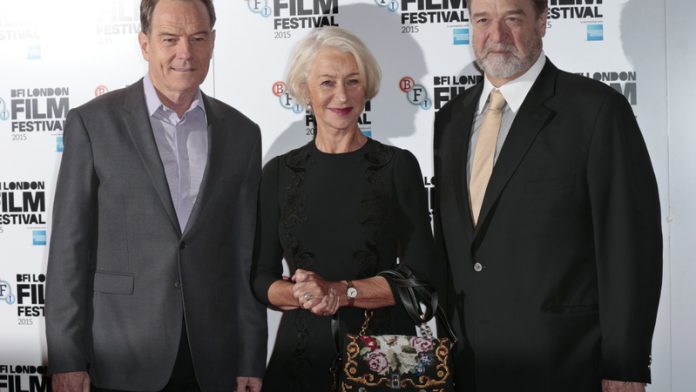 Trumbo, the movie about the 1947 Hollywood blacklist, led the Screen Actors Guild (SAG) nominations on November 9 in a diverse field that hinted at likely Oscar contenders but snubbed presumed front-runners The Martian and new Jennifer Lawrence drama Joy.

Trumbo, about a group of screenwriters and directors shunned for their associations to the Communist Party, earned three nominations, including the guild’s top prize for best ensemble cast.

The annual SAG awards, which honour the year’s top achievements in film and television, are picked by more than 100 000 actors. The top winners at the SAG awards often go on to win Oscars. Adam McKay, director of The Big Short said he was impressed by the range of topics covered by the nominations.

“You’re talking about the advent of hip hop, child soldiers, the sex scandal in Catholic church and malfeasance in Wall Street – I’m pretty proud of that for Hollywood,” he told Reuters.

The list was announced a day ahead of Thursday’s Golden Globe nominations and January’s nominations for the Oscars.

Other lead movie actors nods went to Johnny Depp for Black Mass, Leonardo DiCaprio for The Revenant, Michael Fassbender for Steve Jobs and Eddie Redmayne for playing a transgender pioneer in The Danish Girl.

Among the women, Cate Blanchett was nominated for the lesbian drama Carol, Brie Larson for psychological thriller Room, Saoirse Ronan for Irish immigrant tale Brooklyn and Sarah Silverman for I Smile Back.

But Oscar-winner Lawrence was absent from the list, along with David O. Russell’s new film Joy and Matt Damon’s box-office hit space adventure The Martian.

Quentin Tarantino’s Western drama The Hateful Eight, and the football head injury movie Concussion and its star Will Smith also came away empty-handed.

The nominations of Beasts of No Nation and Straight Outta Compton, which both feature black male casts, came at a time when Hollywood movies have been criticised for lack of racial diversity.

Beasts actor Idris Elba landed a best supporting actor nod, but no women of colour made it into either the best actress or supporting actress categories in film.

“I’m just floored and humbled right now. It’s such a huge honor to be recognized by my friends and peers,” said Elba, who also earned a best leading TV drama actor nod for Luther.

The winners will be announced in Los Angeles on January 30.