Dealing with HIV in the province 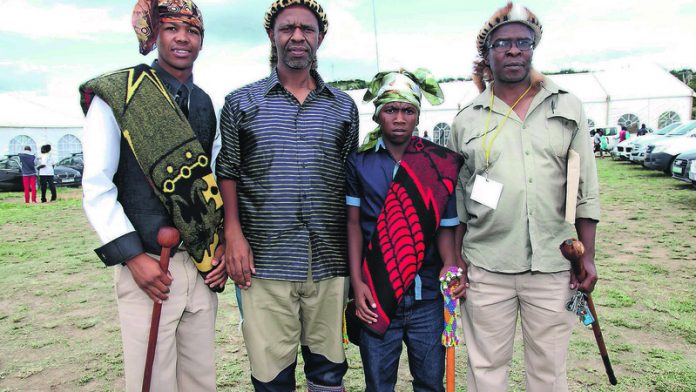 According to the Human Sciences Research Council’s (HSRC) National HIV Prevalence, Incidence and Behaviour Survey released last year, the proportion of South Africans infected with HIV has increased from 10.6% in 2008 to 12.2% in 2012.  This means that the total number of infected South Africans now stands at 6.4 million; 1.2 million more than in 2008.

However, according to the survey – which was previously published in 2002, 2005 and 2008 — the increased infection rate is “largely due to the combined effects of new infections and a successfully expanded antiretroviral treatment [ART] programme.”   The latter allows people with HIV to live significantly longer, meaning that a greater percentage of HIV-infected people remain in society.  In fact, according to the survey, ART access almost doubled between 2008 and 2012.

About a third of South Africa’s HIV-infected population (translating to about two million out of 6.4 million infected people) accessed ART in 2012. At 37%, KwaZulu-Natal has the highest rate of HIV and Aids infections in the country.  The good news is that the province also has the biggest ART programme in the world, with the one million mark being surpassed last month.

“KZN prides itself for saving and prolonging the lives of more than 1.2 million citizens who are currently registered in its antiretroviral programme,” says the MEC of health in the province, Sibongiseni Dhlomo.  “The roll out of these lifesaving drugs has indeed brought hope to many people who were just waiting for their demise as, at the beginning HIV and AIDS was synonymous to a ‘death sentence.’”

Dhlomo credits the hundreds of nurses in the province who are enrolled in the Nurses Initiated and Managed ART programme (NIMART), for reaching the million landmark.

“We recognised that the HIV problem was and remains bigger than what doctors would have achieved,” he points out.  “ There is no way we could have been enrolling a Patient-Number-1 million in this province, if this programme was run by doctors who are very few and far in between.”

The provinces boasts a figure of 1 722 NIMART trained nurses, who are able to prescribe ART, as well as diagnose, treat and manage HIV/AIDS patients.  “If at all we plan to save more lives; our hopes rest with the acceleration of this program,” says Dhlomo.

KZN’s achievements in this regard have not gone unnoticed on a global scale.  Last year, UNAIDS executive director Michel Sidibé – on a visit to Durban to launch the South Africa 2012 HIV Estimates and Projections at-a-glance report – said:  “You are changing the course of the epidemic, not only in your country, but also on the continent and the world, by your efforts and achievements in the HIV response.”

• 2 579 763 – the number of people receiving counselling as a result of the department of health’s HIV counselling and testing campaign.

• 2 482 – the number of high transmission areas identified in the province; these include taverns, shops, taxi ranks, farm areas, tertiary institutions, hostels, hospitality industries and mines, all of which serve as condom  distribution sites.

• 3 400? 632 – the number of female condoms distributed in the province during the current financial year.