Anyone who does not use a condom is at risk 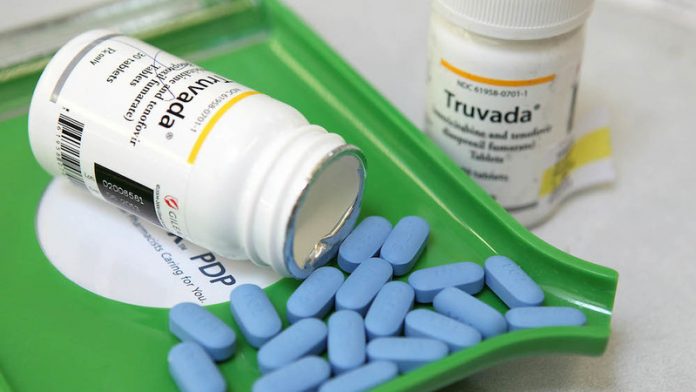 Perhaps the most meaningful and profound anti-HIV prevention method was approved by the South African Medicines Control Council this past week. It is a drug called Truvada, which prevents the transmission of HIV from one partner to another. But so do all the other antiretrovirals out there. So what sets this one apart?

Truvada is taken to ensure that, should you be exposed to HIV, it won’t get a foothold in you. Simply put, it stops HIV infecting the uninfected. Two of the world’s longest and largest studies have proved that the risk of transmission is reduced to a less than 1% possibility when Truvada is taken, even with a 50% adherence.

It is the single most effective HIV prevention tool, a far cry from the old and ineffective war cry of ABC (abstain, be faithful, condomise).

The role of the media in reporting on Truvada needs to be cautious and factual. Several articles on the approval of the drug by the council said “South Africans who have risky sex can take a pill to prevent them getting HIV”, or that Truvada will be made available to “those most at risk of HIV infection”.

The council’s press release makes no mention of “risky sex” or “at-risk” populations. Language like this perpetuates the notion that some groups do things that put them at risk. When it comes to HIV transmission, anyone who has sex and doesn’t use a condom, be it once in a while, every few months, or never, is at risk. Who am I talking about? Pretty much all sexually active populations, be they heterosexual, bisexual, gay, whatever.

If we look at the national averages of condom use, nearly every sexually active person, except those in a proven monogamous relationship, are part of the at-risk populations. According to the 2012 South African National HIV Prevalence, Incidence and Behaviour Survey, condom use is in decline. There was a period of increased condom use from 2002 to 2008 in all age groups, and for both men and women, but, from 2008 to 2012, there was a significant decline in condom use for all groups, except for women over the age of 50.

Who are these “at-risk” populations? If we look at the national HIV incidence rate (new infections year on year), our numbers are slowly coming down, although almost across the board condom use is also way down. What can be the possible explanation?

More people are getting care, are on treatment and staying on it. Period. When someone is adherent, the odds of transmission are just below 1% and, as these large research programmes proved, it’s more a theoretical risk than a real one.

There is enough social stigma over HIV, treatment, access to care and those living with it, and now we are coming up with new categories of “at-risk” populations. This only creates further stigma.

Although rolling out Truvada, be it in private or public health systems, is going to be a challenge, I have no doubt that it can be done. But if we start off with the wrong language and target only specific groups, we are adding fuel to an already highly complex issue.

If people want to take Truvada, let them do so freely, because they are being responsible. We should be shouting their praise, not condemning them, based on our own small-minded, judgmental and uneducated paradigms in HIV prevention.

Treatment as prevention (TasP) and pre-exposure prophylaxis (PrEP) are the new prevention methods, which have proved to be almost 100% effective when literacy about treatment and medication adherence are put in place first. These tools work; let’s use them. And let’s stop with the labels.

David R Patient is a member of the Leadership and Training Resource Centre, and has been living with HIV for 33 years