Basic maxims for the DA 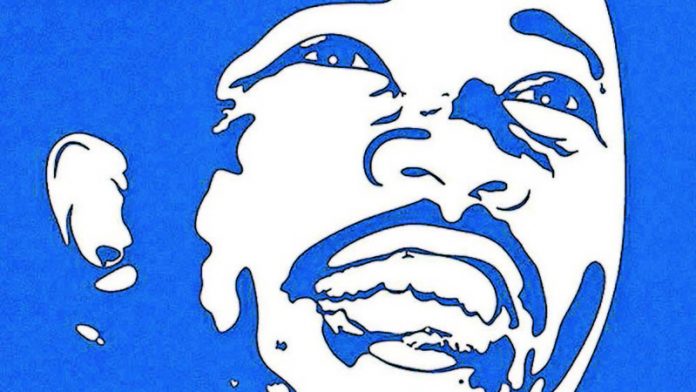 The Democratic Alliance is getting there. They have a black leader, finally, and they’re talking about transformation without cringing. If only they had done this 10 years ago. South Africans are upping the ante and are no longer satisfied with the status quo. We’re in an age of statues and presidents being put in their place. Although the party has transformed somewhat over the years, particularly by electing black leaders throughout its structures, as a former staffer I offer a few lessons they could learn in the great decolonisation project.

The only blue people are Smurfs
In the lead-up to the 2014 general elections, former DA national leader Helen Zille toured various parts of the country to drum up support for the party. Of particular focus in KwaZulu-Natal were areas in traditionally black and Indian communities because they constituted the largest voter base.

This strategy was adapted for each province because there were race groups the party needed to focus on to increase appeal and support. This is important if the growth patterns the DA has sustained throughout the years are to show any chance of improvement.

For some reason, in her attempt to sway favour towards the DA, Zille’s addresses throughout these tours were peppered with references to the colour blue. For instance, she told supporters that the country was in the midst of being swept by a “blue wave”, “our blood is blue”, “our hearts are blue” and there are no “pink, black, white or green people in the DA; only blue ones”.

Note to the wise: Only surfers out at sea get swept up by blue waves, our blood is red, as are our hearts, and the only blue people anybody has ever come across exist in the famed Smurfs cartoons.

Excessive media whoring can be damaging
Everybody knows the DA loves the media. Working from the basis that coverage translates into more votes, gaining publicity is a major factor in the party’s planning. But sometimes there is such a thing as bad publicity.

This writer experienced just that while working for the party nearly three years ago. Former DA parliamentary leader Lindiwe Mazibuko and former DA KZN leader Sizwe Mchunu led a party delegation to the rural village of KwaSwayimane to sympathise with an elderly rape victim. Accompanied by a large media group, they never got the chance. Instead, angry residents carrying pangas, pickaxes and traditional weapons chased them away, accusing them of trying to capitalise on an old woman’s pain for the sake of votes and publicity.

The party got the massive newspaper, TV and radio coverage they were after, but it wasn’t exactly the tone they were hoping for.

Three journalists, who subsequently contacted me after the debacle and had spoken to the angered people, said the party was in the wrong for trying to capitalise on the woman’s rape in the way that it did and had they tried a different approach the situation would not have turned violent.

The party’s rush to release media statements is rapidly alienating people, at the expense of remaining relevant to people on the ground.

Note to the wise: It’s okay to talk to and sympathise with people without expecting publicity. Being rejected – and having that captured on camera – doesn’t look good.

Selective persecution must fall
You will remember how DA MP Dianne Kohler Barnard was axed after sharing a post praising apartheid on her Facebook page. Despite deleting the post and subsequently apologising, she was suspended and ultimately ousted by the DA’s federal executive and her axing is now under review pending her appeal.

The party said she she violated the DA’s social media policy, thus causing irreparable damage to the organisation.

That’s understandable given the circumstances. But how is it that Kohler Barnard is the only one punished in this manner when others have also embarrassed the DA on social media?

Perhaps the best comparison of how the DA practises selective persecution in this regard can be made using Zille. Avid Twitter users who have followed her over the years have witnessed the countless ways she has shamed herself and the DA with her tweets.

From comparing Eastern Cape people who move to the Western Cape with refugees and warring with journalists, to borderline racist statements and rude engagements with Twitter users, no one has violated the party’s social media policy more than the party’s former leader. And at what price? None.

No you can’t: The unfortunate Obamafication of Mmusi Maimane
For some time it’s been apparent that the DA has simply copied the successful election campaign of United States President Barack Obama’s administration and refashioned it for DA national leader Mmusi Maimane. The party received much-earned flak, resulting in Maimane being nicknamed the “Obama of Soweto”.

But this is South Africa, not the US, and you’d think by now the blue party would have realised this strategy is just not working.

It boggles the mind how anyone in a position of influence in the party’s decision-making structures still thinks this is a good idea and hasn’t quietly killed the whole idea. Is the DA so short of strategies for the Maimane campaign that the best solution has been a copy-and-paste job? They seem unaware of the current zeitgeist in the country, where South Africans are grappling with entirely South African problems and solutions, and American politics are alien to our own.

Zille has often been vocal in saying she believes Maimane will one day be the president of South Africa. Are South Africans meant to be inspired by a clone of the leader of the free world (as the US is known)? The general consensus is that we prefer our leaders to be unique – like Nelson Mandela.

The DA’s adoption of a shadow Cabinet is an ode to the United Kingdom system
The DA uses the terms “shadow ministers” and “deputy shadow ministers” to identify the portfolios headed up and deputised by their elected representatives.

Those who know their history will know that the idea of a shadow cabinet originated in the UK and still features in their parliamentary system today. It presupposes that the official opposition party has a chance of being the next to rule, as has been the case for the Conservative and Labour parties when the other was in power.

The DA versus the ANC? Not so much.

Note to the wise: It’s okay to refer to yourselves as spokespeople because, in essence, that’s what you are.

Nelly Shamase is a former media manager for the DA in KZN. She took up the position after being approached by the DA but subsequently resigned last year to go back to her first love, journalism.

I only have eyes for Bobi Wine

Towards a new hashtag unity