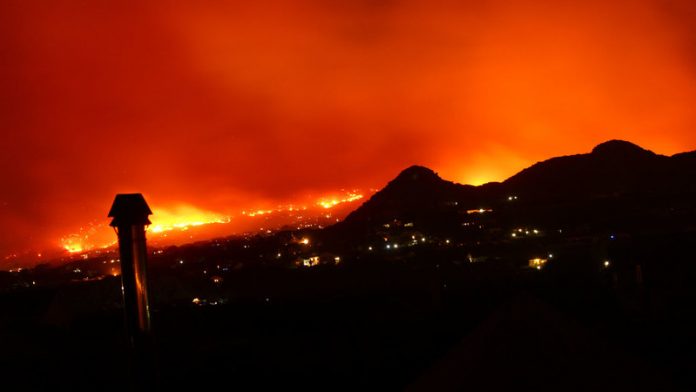 Several fires in Cape Town over the weekend have left nine people dead and thousands displaced.

On Saturday alone, eight people were killed after shack fires engulfed various parts of Cape Town in the morning.

One woman and a girl died in Uitsig, Elsies River just after midnight. In Delft, a man and a woman were killed in Keisi Court.

Around three hours later, a man and two females aged 13 and 19 were killed in Mfuleni, Layne stated.

Another man succumbed to his burn wounds around 6:30 in Vrygrond. The fire left 19 people displaced.

Over a thousand left homeless
Meanwhile on Sunday, Hout Bay residents were plagued with a fourth fire this year after Imizamo Yethu informal settlement was engulfed in flames.

Hout Bay Civic Association secretary Roscoe Jacobs said people who “lost everything” a month ago had now lost it all again.

The area saw one person die and almost 1 300 residents left homeless after a fire broke out in the Mandela Park area situated in the Imizamo Yethu settlement.

Jacobs said that because the area was so highly populated, there was a constant fire risk.

“The informal structures are quite close to each other so if a fire breaks out [the level of destruction will be high] … There really needs to be some sort of intervention,” he said.

By Sunday evening, yet another fire broke out at the Cape Town railway station with five carriages catching alight.

The incident occurred on platform 15, with the city’s fire and rescue teams swiftly dousing the flames.

Reports of the smell of chemical smoke from the blaze initially emerged from the Devil’s Peak area.