Erdogan’s blind focus on the Kurds rebounds on Turkey 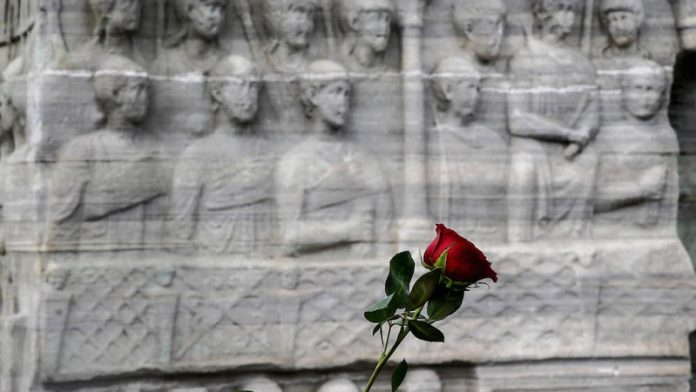 Tuesday’s terrorist attack in central Istanbul has confirmed Turkey’s precarious position on the frontline of the escalating confrontation between Islamic State and Western and Arab governments. Islamic State suicide bombers were behind at least two similar atrocities in Turkey last year – in the capital, Ankara, and at the Syria-Turkey border town of Suruç.

But even as Turkey is increasingly drawn into the firing line of Syria’s civil war and the region-wide struggle against Sunni Muslim extremism, Recep Tayyip Erdogan, Turkey’s combative and choleric president, remains stubbornly fixated on a wholly different foe – the Kurds. It is this battle, deliberately ramped up last summer in the heat of a rerun general election, that is his obsession, blind spot and top priority.

Erdogan brags that Turkish forces killed 3?100 alleged PKK members in 2015. The main pro-Kurdish political party, the People’s Democratic Party, says 161 civilians have also been killed in recent weeks, and thousands have been displaced.

The president’s enmity runs deep. After last October’s double suicide bombing in Ankara, which killed 103 people, most of whom were Kurds and opposition activists, Erdogan suggested Kurdish militants were jointly responsible with Islamic State. His claim was widely derided.

Speaking after Tuesday’s attack, he avoided making the same mistake, pointing a finger firmly at Islamic State. “I strongly condemn the terror incident that occurred in Istanbul … which has been assessed as being an attack by a Syria-rooted suicide bomber,” he said.

His statement appeared to lay to rest any possibility that Kurds might be blamed. As for the PKK itself, analysts noted it has no history of attacks on civilian targets in major Turkish cities and would view such action as counterproductive.

The conclusion appears inescapable: the Istanbul atrocity represents another damaging and costly security failure to be laid squarely at Erdogan’s door. Awkward questions will now be asked about whether his focus on a Kurdish threat is misdirected and politically motivated, and whether more urgent attention must now be paid to the terrorist menace emanating from Syria and Iraq.

Such a shift would be welcomed by Turkey’s allies. His neo-Islamist government has long been suspected of offering covert support to militant Sunni Muslim groups that share its aim of ousting Syrian President Bashar al-Assad.

There have been persistent reports, always denied, of Turkish security establishment links to Islamic State and of complicity in its covert export of Syrian oil through Turkey.

Erdogan has also been criticised by European Union countries for pursuing his vendetta against the Kurds while failing to stem the flow of Syrian refugees and Islamic State recruits from Europe and North America. In the event, Erdogan was bought off with €3-billion in EU financial assistance in return for Turkey doing more to prevent Syrian refugees migrating to Greece and the Balkans.

Turkey’s interior minister, Efkan Ala, said last weekend that new anti-Islamic State border measures were in place and that thousands with suspected links to the terror group had been captured and deported.

Such measures cannot completely stop terrorists slipping into Turkey, recruiting sympathisers there, or travelling north into Europe, with the sort of dire consequences witnessed in Istanbul and elsewhere.

Nor will they mitigate the negative psychological and economic impact of such instability on Turkey’s tourist industry. Like Tunisia and Egypt after last year’s Islamic State attacks, Turkey’s appeal as a holiday destination has just been badly dented.

By targeting Istanbul, and in particular Sultanahmet, home of the Blue Mosque and Hagia Sophia, the terrorists have struck a deadly and costly but above all symbolic blow at the conflicted heart of Erdogan’s Turkish state. – © Guardian News & Media 2016