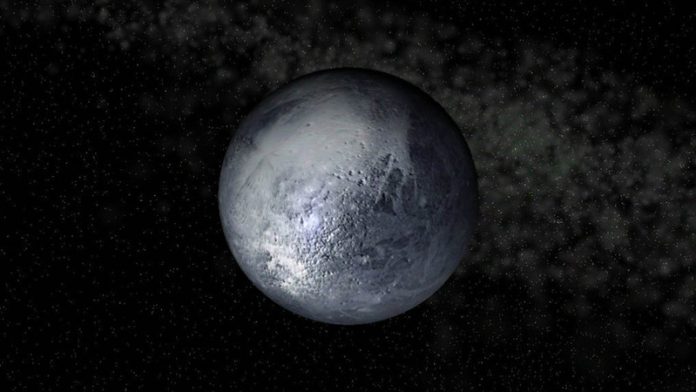 As science often does, it began with a “huh?” Some distant objects far beyond Pluto were behaving very oddly. The orbits of a handful of space rocks had aligned for no apparent reason. Though stumped at first, astronomers now have an explanation: a huge ninth planet at the edge of the solar system.

If the researchers have their sums right, the mysterious new world is 10 times more massive than Earth and up to four times the size. Nicknamed Planet Nine, it moves on an extremely elongated orbit, and takes a staggering 10 000 to 20 000 years to swing once around the sun.

The icy world, if it exists, has evaded detection because it is so far away. Scientists at the California Institute of Technology (Caltech) calculate that the closest it comes to the sun is 15 times the distance to Pluto. It then heads into uncharted territory, 75 times further out than Pluto, or about 93 billion miles from the sun. A ray of light would take a week to get there.

“We saw a strange signal in the data that meant something odd was going on in the outer solar system,” Mike Brown, an astronomer at Caltech, told the Guardian. “All of these distant objects were lined up in a weird way and that shouldn’t happen. We worked through the mundane explanations, but none of them worked out.”

Brown and his colleague, Konstantin Batygin, had been investigating claims that 13 icy objects in the Kuiper belt, the region of space where Pluto lies, shared some unusual orbital features that could be explained by the presence of a small planet. They expected to prove the idea wrong, but then made their own curious discovery.

The researchers found that six of the 13 Kuiper belt objects moved on orbits that headed in the same direction. “If you looked down on the solar system and had the sun in the centre, all of these objects would head out to the 9 o’clock position,” said Brown. Moreover, their orbits were all tilted at the same angle to the eight known planets in the solar system.

In science, the banal must be ruled out before more exotic explanations can be considered. The astronomers wondered whether the Kuiper belt might hold enough rocky debris from the birth of the solar system to nudge the objects into the same orbits. But simulations ruled this out: the Kuiper belt would need to be 100 times more massive than it is.

They next considered a new planet. Their first computer models had a world circling around the Kuiper belt objects, but this did not work either. Another explanation came by accident, when they added a massive planet on its own elongated orbit, which swung out in the opposite direction to the Kuiper belt objects – towards 3 o’clock in a solar system viewed from above.

Batygin was sceptical that they had hit on the right answer. According to his simulations, a large planet in such a bizarre orbit would send some Kuiper belt objects into orbits that ran perpendicular to the planets in the solar system. But the astronomers later found that four such objects had already been spotted. “When we found that, my jaw sort of hit the floor,” said Brown. “The only way to get the orbits lined up is to have a distant, more massive planet shepherding them around.” Details appear in the Astronomical Journal .

Chris Lintott , the Oxford professor of astrophysics, and a presenter on The Sky at Night, said the finding was exciting. “People have proposed the existence of an extra planet several times over the years, but this is the most detailed and most convincing analysis.”

“One very interesting thing is that the planet is predicted to be between Earth and Neptune in mass. We see lots of planets this size in our surveys of planets elsewhere in the galaxy, and it’s been something of a mystery as to why our solar system doesn’t have its own version of this very common planet type,” he added.

But some serious questions remain. “It’s not at all clear how you form such a large world and move it to the outer reaches of the solar system,” Lintott said. “We know the early history of the solar system was chaotic – and there’s evidence for a larger planet escaping all together – but the details are murky at best.”

The planet is so large that with sensitive enough telescopes, astronomers should be able to see it crossing the night sky. The search has already begun with the Subaru telescope in Hawaii. Brown said he would be surprised if the planet was not found in the next five years.

Brown, who played a key role in demoting Pluto from planetary status to a more lowly dwarf planet, said the discovery of a ninth planet might be good news for those who are still upset about Pluto being kicked out of the planetary club. “All those people who are mad that Pluto is no longer a planet can be thrilled to know that there is a real planet out there still to be found. Now we can go and find this planet and make the solar system have nine planets once again.”

“As a scientist, you should never believe your idea too much until someone else confirms it, but we’ve not been able to come up with any alternative,” he said. “Now we’ve publicly announced it, I’m sure many people will try their hand at coming up with other explanations.”