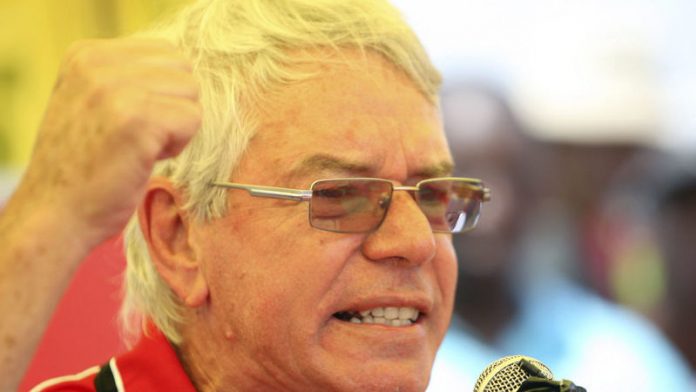 Cronin was responding to Mbeki’s second letter titled “When your position can’t be sustained, create a scarecrow – the menace of post-apartheid South Africa”, in which Mbeki wrote about Cronin’s “communication of fabrications” concerning the workings of the ANC national executive committee meetings. Mbeki was reportedly referring to an interview Cronin had with Irish academic Dr Helena Sheehan in which he said: “There is bullying of the left in the alliance and that there are tendencies now of what some of us refer to as the Zanufication of the ANC.”

Writing in the SACP’s Umsebenzi Online on Wednesday, Cronin said he had never harboured personal animosity towards Mbeki. Instead, he said he was an admirer of Mbeki in the 1970s until their first encounter in London in 1987, when he realised Mbeki was hostile towards him because of his close association with former SACP and ANC leader Joe Slovo.

Cronin said he learned about Mbeki’s tendency to be aloof back in the late 1980s when, as a senior SACP political bureau member, he told the Cubans, during the SACP’s 7th national congress in that country, about the secret negotiation process he was leading with the apartheid regime, but failed to share the same information with his comrades in the SACP.

“This was a pattern of aloofness that was often to recur. It was Mbeki and not Slovo who, in the midst of the Codesa negotiations, secretly pushed the idea of sunset clauses. But it was Slovo who had the courage to open up the proposal for what became a heated but eventually useful debate within the ANC and alliance. In 2006 and 2007, as tensions between Mbeki and then ANC deputy president Jacob Zuma palpably deepened, and Zuma faced the prospect of criminal charges, Mbeki failed to open up these challenges facing the ANC for a collective political discussion within the NEC [national executive committee]. Instead, there was all manner of background manoeuvres involving factions of the state apparatus,” wrote Cronin.

Cronin said, under the Mbeki regime, he had been singled out more than once for what appeared to be an orchestrated attack.

“And I was certainly not the only one. The most egregious case, as others have recalled in some detail, happened some years later, when a retired Nelson Mandela attended an NEC meeting and was subjected to a carefully choreographed wave upon wave of insults from the usual suspects. Mandela had dared to publicly question government Aids denialism at the time. The top table, with Mbeki among them, said nothing but allowed the disgraceful drubbing to continue,” said Cronin. He claimed that Mbeki imposed macroeconomic policies on ANC leaders in the mid-1990s without those policies first being thoroughly debated.

Cronin said Mbeki’s attempts to correct history contributed little towards the development of the country.

Although he apologised for having spoken about discussions of the ANC NEC in public, Cronin said his apology was not for falsehoods as Mbeki claimed.

Mbeki’s spokesperson Mukoni Ratshitanga was not available for comment.