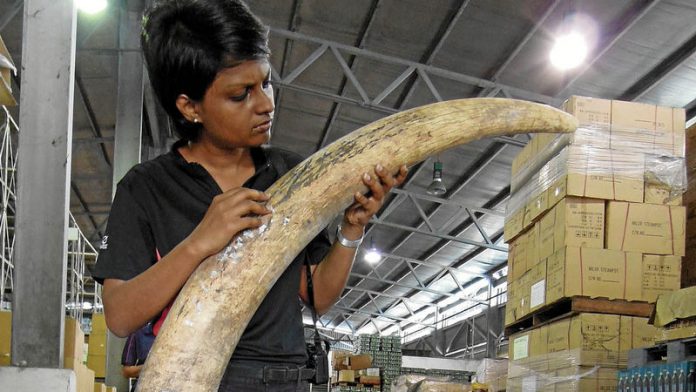 Yahoo Japan has defended its online trade in ivory amid mounting pressure on the company to stop selling the products on its auction site.

The company sold an estimated 12 tonnes of elephant tusks and fashioned pieces of ivory on its Japanese auction site between 2012 and 2014, prompting the activist network Avaaz to launch a petition that has attracted more than one million signatures so far.

Referring to the trade as Yahoo’s “bloody secret”, the petition calls on the chief executive of the company, Marissa Mayer, and its Japanese head, Manabu Miyasaka, to “urgently stop all ivory sales from sites/platforms in Japan and all other markets”.

“As global citizens, we are appalled that you allow ivory to be sold … fuelling elephant extinction,” the petition says.

There are several thousand pieces of ivory for sale on the auction site at any one time. This week prices ranged from $20 trinkets to a $60 000 five-tiered pagoda carved in ivory. Traffic, an anti-wildlife trafficking group, said in the report last year that most ivory products in Japan are sold as hanko – personal seals that are signifiers of status in the country.

The company this week defended the sales, insisting that it prohibited the sale of raw ivory and ivory products that violate a 1989 trade ban.

The firm said its auction site permitted only the sale of items that were produced before the ban went into effect. “Since there is a chance some sales may be illegal we are strengthening our policies. If we find a sale was illegal we cancel it straight away,” Takako Kaminaga, a Yahoo Japan spokesperson, said. “We ‘patrol’ 24 hours a day.”

Yahoo Japan came under fire from the United Kingdom’s Environmental Investigation Agency (EIA) in April last year for its sale of whale and dolphin meat. The company is Japan’s only online retailer that continues to sell whale and dolphin products.

Last year, the agency also accused Japan of undermining international efforts to protect elephants by failing to crack down on illegal registration practices. An EIA report claimed that a large majority of Japanese ivory traders were involved in illegal tusk registration activity, enabling them to “legalise” more than 1?000 tusks a year since 2011.

The report said that, of 37 Japanese ivory traders approached by Japanese investigators posing as sellers of whole tusks, 30 offered to engage in illegal activities, including buying and processing unregistered tusks of unknown origin, and registering tusks using false information.

The United States and China have agreed to work toward a near total ban on the ivory trade. Amazon and Google have both banned the sale of ivory on their sites.

Yahoo’s Kaminaga suggested the company had not ruled out a change in its policy on ivory sales. – © Guardian News & Media 2016